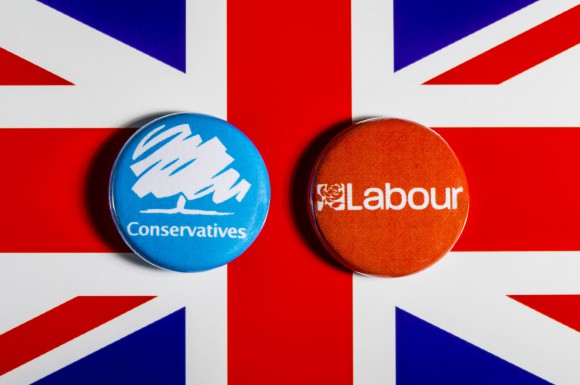 Aftermath Of UK Polls: Too Early In The Day To Tell?

To say British Prime Minister Theresa May’s high-risk gamble this Thursday didn’t pay off would be an understatement, at best. By calling a snap election prematurely, the Conservatives led by May lost the narrow majority they had in the British legislature, resulting in a hung parliament and, consequently, local, regional and even global economic and geopolitical uncertainty. Britain is expected to now either go soft on its negotiations to leave the European Union or be embroiled in further chaos as the weakened Government may pass the two-year Brexit deadline without a deal in place.

Theresa May will stay on as Prime Minister after her Conservative Party lost its parliamentary majority . Image credit: Ian Gavan/PA WIRE

With Brexit talks just days away, the sterling pound has already plunged 2%, dropping from USD 1.2959 to USD 1.2674 yesterday once word got out that the Tories’ plan to increase their parliamentary majority had backfired spectacularly.A London-based senior market analyst told AFP: “A hung parliament is the worst outcome from a markets perspective as it creates another layer of uncertainty ahead of the Brexit negotiations and chips away at what is already a short timeline to secure a deal for Britain.”

Last year’s Brexit vote resulted in the pound collapsing around 15% against the US dollar between June and October. (Click here for our breakdown of what last year’s #leave vote meant for the Sri Lankan economy).

Prime Minister May, who was initially on the #remain camp along with her former boss David Cameron, later emerged as a strong proponent of what has come to be known as a ‘hard Brexit,’ where Britain could leave the EU single market and opt to trade with the bloc as if it were any other country (based on World Trade Organisation rules)—which means tariffs charged on each other at least in the short term. A hard Brexit would also restrict the free movement of people between the UK and the EU.

A “soft” Brexit, on the other hand, may entail some sort of participation in the EU single market, with limited movement of people. Needless to say, this latter option is preferred by #remain voters.

This is important because nearly half of the UK’s exports go to Europe. Analysts predict that a departure from the common market could have a negative effect on the country’s economy as well as that of the region. The EU is also unlikely to let the UK continue giving access to its single market, anyway.

“Let me be clear,” May was quoted as saying in her speech at the Conservative Conference, “We are not leaving the European Union only to give up control of immigration again. And we are not leaving only to return to the jurisdiction of the European Court of Justice.” Those wanting to do everything possible to preserve access to the single market, she added, were looking at Brexit the “wrong way.”

A hard Brexit will come to pass automatically at the end of two years unless the UK and the EU come to some sort of agreement. In the run-up to the polls, May didn’t shy away from backing it in the strongest terms: “No deal for Britain is better than a bad deal for Britain,” British media quoted her as saying.

Her opponent Labour leader and staunch socialist Jeremy Corbyn appears to be more lax, at least where the immigration issue is concerned. However, now that the people have spoken, and none too decisively at that, there is no telling what will happen, though it is possible a softer approach may be adopted.

So what does all this mean for Sri Lanka?

Research Officer at the Institute of Policy Studies (IPS), Sri Lanka, Kithmina Hewage, doesn’t believe any impact on the Sri Lankan economy would be too pronounced.

“The main impact on Sri Lanka will still be dependent on how Brexit negotiations go between the UK and the EU. And this election has severely weakened the UK’s position on that. Key question is regarding UK’s access to the EU common market. In the short term, the uncertainty of the election has led to the depreciation of the Pound against the Dollar. But don’t expect that fall to continue long enough to influence Sri Lanka,” he told Roar.

Economist Deshal de Mel predicts that the Pound will remain volatile for the time being.

“The current situation just leads to more uncertainty about the nature of Brexit—hard deal or soft deal. It’s still unclear as to how the new government will move. This uncertainty translates into uncertainty in the market as well—so the GBP will be volatile till there is clarity,” he told Roar.

“My hunch is Brexit will continue but will be a bit more concessional than earlier. In sum, we can’t determine a material long-term impact on Sri Lanka at this stage, bar the short term volatility on the forex markets,” he added.

Stay tuned to Roar for more updates as the dust settles in the UK and further developments unfold over the next few days.