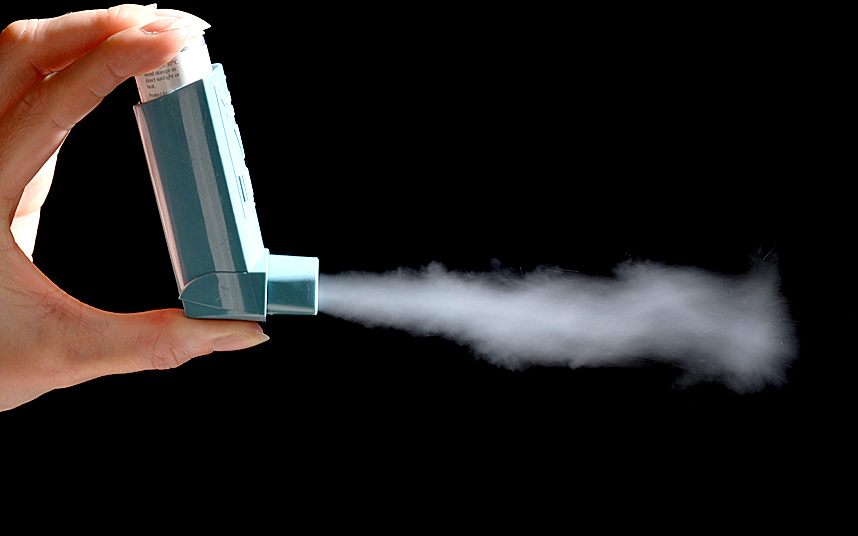 If you are one of those people who think that having asthma simply means carrying around an inhaler in your pocket, here’s a reality check: it’s not. Asthma is more than just occasional bouts of wheezy breathing; it is a grave health problem that affects millions of people around the world ‒ quite literally, we might add ‒ interfering with normal lifestyles, disrupting routines, and in some cases, playing havoc with lives.

Any asthma sufferer can tell you how tiresome and inconvenient it is to have the disease; there is always the possibility of the dreaded “wheeze” robbing you of recreational opportunities, social events, productivity, school days and work schedules, and asthma often comes with a baggage of psychological and social setbacks too (that said, do keep in mind that asthma sufferers can lead normal lives, as we will expound later). And if being a pain in the neck isn’t nearly enough, it can also create an economic burden on patients as well as national healthcare sectors that spend large amounts of money each year on treatment. The Sri Lankan Government, for example, is reported to have allocated Rs. 140 million for asthma treatment in the year 2015 alone.

Do you sometimes find yourself mysteriously out of breath? Do dust and fur give you the wheeze? Do you occasionally wake up feeling as though you can’t breathe? If your answer is yes, then you just might have asthma.

The word “asthma” is derived from a Greek word that means “panting”, a pretty apt name for this disease whose chief symptoms are wheezing and breathlessness. Asthma is a chronic disease of the airways that makes breathing difficult. It causes inflammation of the air passages, which leads to the temporary narrowing of the airways that carry oxygen to the lungs. This results in the dreaded asthma symptoms, namely coughing, wheezing, shortness of breath, and chest tightness, while a severe attack can result in decreased activity and an inability to talk. Different people are generally affected by the disease in different ways.

When compared to other chronic diseases, asthma has a pretty low mortality rate, which means you are not very likely to die from it. However, recurrent symptoms can cause sleeplessness, daytime fatigue, reduced activity levels, and a serious loss of productivity. In fact, asthma is one of the leading causes of absenteeism from school in many countries, including Sri Lanka, and if not properly managed, can severely impede normal lifestyles and decrease productivity.

Asthma On The Rise: Some Worrying Statistics

Asthma is considered to be one of the world’s commonest non-communicable diseases, and it seems to be alarmingly on the rise. Global statistics tell us that there are over 334 million asthmatic patients in the world, with most of these sufferers being from low and middle-income countries like Sri Lanka. Children seem to make up a large part of these statistics, with 14% of the world’s children experiencing asthma symptoms. 8.6% of young adults (aged 18-45) are reported to experience asthma symptoms, while 4.5% of young adults have been diagnosed with asthma and/or are taking treatment for asthma. Asthma deaths, while not too common, are still a serious issue with more than 80% of the asthma deaths occurring in low and middle-income countries.

These are some pretty alarming statistics, but where does Sri Lanka stand when it comes to asthma?

Sri Lanka seems to be contributing substantially to the world’s 334 million asthma patient count with an estimated 2 million asthma sufferers of its own.

For a tiny island with a 21 million population, this is a pretty staggering figure. In fact, the GAN (Global Asthma Network) has Sri Lanka marked as one of the high prevalence countries and reveals some pretty disturbing statistics. For example, its global asthma report tells us that more than 20% of our 13-14-year-olds suffer from asthma symptoms, with more than 7.5 % of them having a severe wheeze. Another research has recorded the prevalence of asthma among 5–11-year-old children varying between 13% -25%. Meanwhile, 12%, of Sri Lankan adults are recorded to have varying degrees of asthma, but since adults tend to shy away from treatment, doctors are convinced that the actual figures are much higher. In 2014, Sri Lanka was also listed as one of the countries with no national strategy plan for managing asthma.

All these facts and figures are troubling enough on their own, but what is truly a cause for concern is the fact that in the last ten years, the number of asthma cases in the country has increased by a whopping 50%.

So What Is To Blame?

Air pollution is believed to be one the chief contributory factors towards the world’s increasing number of asthma sufferers. Image credit: forcechange.com

A 50% increase in ten years is no small matter, and you’d think authorities would have isolated and dealt with the factors that are to blame by now. However, this is easier said than done.

Asthma is presumed to be multi-factorial, so it’s hard to pin the blame on anything specific. However, although air pollution, irritants, allergens, exposure to tobacco smoke, and family history are some of the more significant risk factors, experts believe that environmental influences, rather than genetic factors, are more likely to be the culprits.

That being the case, even though no one seems to be able to say for certain what exactly is to blame for Sri Lanka’s soaring asthma cases, local doctors are convinced that the biggest causal agent is the drastic changes that have taken place in our environment, such as the increase in air pollution. In fact, there have been studies showing that children living in unplanned, busy cities have a higher risk of having lifetime wheezing than those in planned, cleaner cities

Another factor that aggravates the situation is the fact that people often neglect their medication. Adults seem to shy away from treatment, while parents of asthmatic children often harbour misconceptions about the use of inhalers, resulting in poor compliance of inhaled medication. The latter is especially true to low-income families who are unfamiliar with asthma and its treatment.

Three Things You Need To Know About Asthma

1. Inhalers are not evil

Shake off those inhaler myths; the inhaler is your friend. Image credit: discoversinging.co.uk

Unfortunately, a lot of people in Sri Lanka seem to be under the impression that they are. In fact, there was actually research conducted to investigate the myths and beliefs surrounding the use of inhalers. One of the more common misconceptions seems to be that inhalers damage the user’s lungs, while many people also believe that they are addictive, inefficient, and costly. Inhalers play a major part in the management of asthma, and this reluctance to use them can only aggravate the current situation. So listen to your doctor and use your inhaler as prescribed. Remember, inhalers are your friends.

No smelling the flowers! Something as insignificant as a little dust or a bit of pollen from a flower can set off an asthma attack. Image credit: webneel.co

Triggers are the things that lead to an asthma attack. This can be anything from cold air, smoke, and mould, to pets, exercise, and even emotion. Different people are affected by different triggers, so find out what you need to stay away from. Avoiding these triggers is one of the key concepts of managing asthma.

3. Asthma is incurable, but you can still live your life

Having asthma is not the end of the world; it’s just a matter of good management! Image credit: toyoufromme.co

Having asthma is no picnic, but that does not mean that you are forever doomed. Asthma may be incurable, but it is manageable. No matter how severe your case is, your main aim should be to work towards how you can control your asthma and lead a normal lifestyle with no limitations. Avoid triggers, take your medication, listen to your doctor, and learn how to work your way around your condition. Good management is the key here, and for that you will need proper diagnosis, treatment, and patient education.