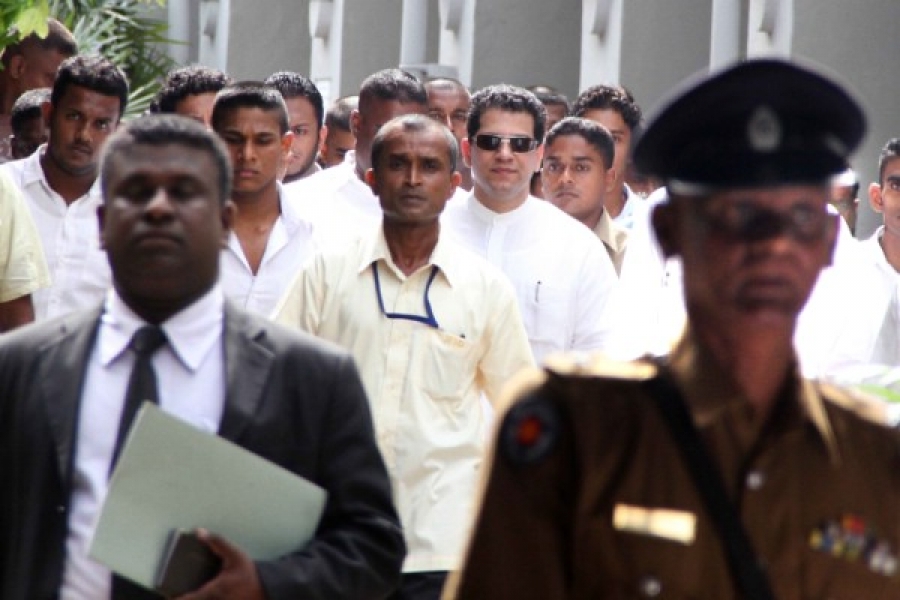 Premachandra was killed in October 2011 during a clash with MP Duminda Silva and his supporters, after which Silva was among those accused of murder. The following is a brief timeline of the events that transpired during the five years since Premachandra’s death.

8 October 2011 – Parliamentarian Bharatha Lakshman Premachandra is killed in a shootout between his security officers and a group of rivals. MP R. Duminda Silva, who is a part of the rival gang, is also shot and wounded.

At the time of his demise, he was serving as the Director General on trade union activities at the Presidential Secretariat.

1 November 2011– MP Duminda Silva is flown to Singapore for medical treatment for injuries sustained during the incident.

15 November 2011 – The Colombo Magistrate’s Court issues a warrant to arrest Duminda Silva upon his return to the country.

January 2012 – Police identify 14 suspects involved in the incident. All suspects are arrested.

22 July 2012 – Duminda Silva claims that he cannot remember who shot him or what had happened during the incident.

5 March 2013 – Duminda Silva returns to the country and is arrested. He is shortly hospitalised following the arrest.

2 May 2014 – The case is referred to High Court where it will be heard by a three-member bench.

5 May 2016 – Duminda Silva informs Colombo High Court that he is innocent of all 17 charges made against him.

8 September 2016 – Duminda Silva and four others are given the death sentence for the murder of Premachandra and life imprisonment for possessing illegal firearms. Nine suspects are indicted.