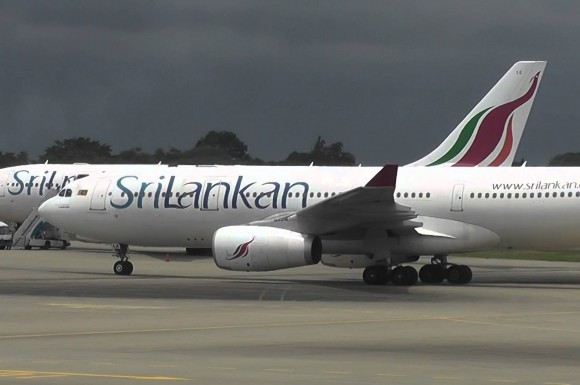 As many overseas travellers are aware, the Bandaranaike International Airport (BIA) underwent a major facelift at the beginning of this year, and closed down its runway for eight hours a day, for three months straight, so that long overdue renovation could take place.

Although the runway is now fully operational once again, it came as a rude shock when a recent report pointed out that the newly renovated runway still fails to meet international standards required to accommodate larger aircraft.

In the ensuing confusion, the CAASL has claimed that upgrading the runway (to a ‘Code F’ status) was never the intention to begin with, but that the current runway can still accommodate larger aircraft such as the Airbus A380.

Roar checked with authorities to shed some light on the situation.

The official website of the Civil Aviation Authority of Sri Lanka (CAASL) contains a proposal titled Resurfacing of the Runway at the BIA, Katunayake: Policy and Procedures Document. At a glance, the document mentions the need to modernise the BIA runway in order to meet international standards.

According to this document, one of the primary aims of the project was to renovate the tarmac so that it would accommodate Airbus A380 aircraft.

Prior to renovation, the runway measured a length of 3,350 metres and a width of 45 metres, with a 76.5-metre shoulder on either side. The pre-renovation tarmac was unable to hold A380s ‒ the outermost engines of the aircraft would be outside the paved runway.

The document also claims that the pre-renovation BIA tarmac, designed as an International Civil Aviation Organisation (ICAO) Code 4-E, can accommodate for critical aircraft Boeing B-747 movements ‒ over a period of 20 years, with 10,000 movements per year. Construction on the BIA and its single tarmac was completed in 1986, so this year’s renovations (the first since the runway began operations) came thirty-one years later ‒ and eleven years overdue.

According to authorities, the runway surface had also shown some alligator cracks, which, if left unattended while continuing to use the runway, could lead to a major failure of the surface condition, resulting in a serious safety hazard.

Hence, the CAASL and the Ministry of Transport and Aviation Services noted it was vital that the runway resurfacing be carried out at the earliest.

As per the proposal, the Rs. 7.2 billion renovation project was expected to achieve the following:

As is clear in the above proposals, one of the aims was to widen the runway shoulders “to meet modified code F operations” ‒ which is where most of the confusion now stems from.

Earlier this month (on April 9), the Sunday Times reported that, in spite of the renovations, the BIA’s runaway will not receive the ICAO-accepted classification for runways capable of accommodating new, larger aircraft such as Airbus A380s ‒ or ‘Code F’ classification.

As the report points out, the BIA’s renovated runway measures 45 metres in width, with shoulders on either side of 15 metres each ‒ but a Code F runway requires a 60-metre width runway.

The report also claims that the CAASL had promoted inaccurate resurfacing standards of the runway in their proposals to the project. Accordingly, the renovation conducted on the runway has only resulted in some minor changes, all the while retaining the status of a Code E runway. Furthermore, there was confusion regarding what the Airport and Aviation Services Ltd (AASL) had called a ‘modified Code F’ runway.

Roar contacted Director General of the CAASL, H. M. C. Nimalsiri, to obtain a clarification ‒ particularly with regard to the part of the proposal that mentioned the airport tarmac being modified to reach a Code F status after the resurfacing programme.

Interestingly, DG Nimalsiri stated that this was not what the CAASL had planned in the first place.

“The particular wording in the proposal had come from the Airport and Aviation Services Ltd. The CAASL did not pay that much attention to their wording,” he said, adding that “There is nothing called a ‘modified Code F’ standard that was proposed or planned for the project. The crux of our project is mentioned ‒ ‘to widen the shoulders of the tarmac’ ‒ but the modified Code F proposal is inappropriate. It was an error made by the Airport and Aviation Services Ltd. The Code F is recommended for new airports that are being constructed. Even if you’re constructing a new runway, you have to follow the Code F specifications. But an operational runway cannot be upgraded to a Code F tarmac,” he said.

Asking For The Impossible

According to Nimalsiri, the CAASL’s priority was to resurface the runway in order to accommodate A380 aircrafts  ‒ not aim for ‘Code F’ classification.

“Under the pre-renovation condition, the airport tarmac came under the ICAO category of Code E. We never wanted it to be upgraded to Code F, because in order to do that, the width of the tarmac has to be increased from 45 metres to 60 metres,” he said, adding that, in order to do this, two tunnels of a 15 metre width would have had to be dug alongside the existing runway.

This would not have been possible, he pointed out, because all renovations had to be carried out while the airport and the runway were in operation. “We only shut it down for eight hours per day, while the rest of the day it was active for traffic,” Nimalsiri explained. “You cannot have a big tunnel right at the edge of an operational airport runway; in case an aircraft veers during takeoff or landing, it would have been disastrous,” he added.

In trying to find a solution,  the CAASL says they had looked to other countries. Accordingly, they had proposed to make upgrades to the runway shoulders to accommodate A380s, which have a wide wingspan of 80 metres.

“In this case, it’s not the width of the runway itself that is the issue, but the two extreme engines on the wings of an A380 aircraft. When A380s are operated on a Code E runway, the outermost engines go over the area which is not paved,” Nimalsiri said. “What most of the civil air administrations do, is widen the runway shoulders so that the outer engines of the plane would also go over the paved runway. As a result, the possibility of foreign objects coming into the runway which could cause harm to an aircraft was minimised. We had done the same thing here with the BIA runway. We planned and did this and there’s hardly any difference. We knew what we were doing and we achieved what we planned to do. And now it is capable of accommodating A380 aircraft,” claimed Nimalsiri.

According to Nimalsiri, it was the AAS who set the scope for the renovation, while the CAASL was the regulator in the matter. In the meantime, the CAASL is also not aware of the final budget of the now concluded project.

“We do not know the final cost of the project since the CAASL does not get involved in finances. The cost was handled by the AAS,” Nimalsiri noted.

Airport and Aviation Services Ltd. when contacted refused to comment on the matter.