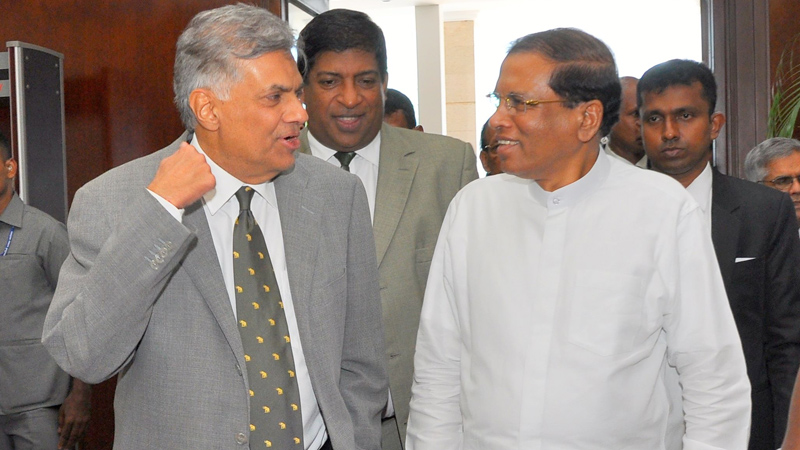 Budget 2017: Education Down, President’s Expenditure Up

The country gears up this week to hear the reading of the 2017 Budget, which is to be presented in Parliament on Thursday (November 10). In the light of the many economic concerns Sri Lanka is currently faced with, the upcoming budget remains vital in outlining the Government’s plans for the next year. It goes without saying, then, that this Budget also plays an important role in regaining or diminishing the public’s confidence in the Government.

Already, there has been some apprehension directed at revelations made in the Appropriation Bill, which was presented before Parliament on October 20.

According to this Bill, some sectors, like education and healthcare, arguably two of the country’s most important sectors, have seen a significant reduction in budgetary allocations. Meanwhile, allocations for the President and the Prime Minister have increased greatly since last year.

A Summary Of The Bill

Allocations as per the Appropriation Bill presented last month, in comparison to last year’s budget. Note that these figures are subject to change with relevant amendment proposals made in Parliament.

Education Over The Years

Going by these figures presented in the Appropriation Bill, the education budget, in particular, is seeing a drastic reduction from the 2016 budgetary allocation. This is a matter of particular concern, not only because this will directly affect the quality of education in the country, but also because it seems counter-intuitive to the plan the UNP highlighted in its manifesto, upon assuming power. While it is still higher than the allocations in the years prior to the UNP government, the reduction cannot go unremarked.

For Education and Higher Education there were mere increases of 2.6% and 5.7% respectively for the year 2014. These allocations were far below the increase in total allocations of 15.5%.

The then Government estimated Rs. 1.812 trillion (approximately US$ 14 billion) as total expenditure for its services for the financial year of 2015.

In the policy changes proposed in the 2015 Manifesto of the United National Party (UNP) or the Economic Policy Statement (EPS) titled the ‘Five Point Plan’ by the Prime Minister on November 5, 2015, there was mention of a programme for implementing changes in the education system.

The Manifesto promised to “Initiate a program to provide facilities and incentives to schools without discrimination; Establish school oversight board; Provide sanitation facilities to schools; Limit the number of children in classrooms to 35; Introduce a new education act; Stop using teachers for non-academic duties; National examination date can be changed only with the approval of parliament; Establish a national e-library; Increase education allocation to 6% of the GDP.” [Translated from the Sinhala version of the UNP Manifesto, August 2015, p. 21].

The promise to increase the education allocation to 6% of the GDP was nearly achieved with the 2016 allocation, 5.4% of the GDP. This particular allocation of Rs. 185 billion was almost four times the previous year (2014) which was Rs. 47.6 billion.

The president’s budget was slashed to Rs. 2.3 billion that year, down from the Rs. 9.6 billion that was allocated in the previous Budget.

However, this year, when the Appropriation Bill was presented to the Parliament, we saw a significant decrease in the budget allocation for education, from Rs. 185.97 billion to Rs. 76.94 billion, with a significant increase for the President’s Office.

Why Does The President Get A Threefold Increase?

The offices of both the President and the Prime Minister are due to see an increased allocation in the upcoming budget. Image courtesy Daily News

Roar contacted the Finance Ministry to inquire into the increase in the President’s allocation.

According to Deputy Minister of Finance, Lakshman Yapa Abeywardena, there are several reasons for the increase. “The president has over 25 institutes under his purview. Of the allocated amount, he uses only 5.4% for the President’s office,” he explained.

In addition, he said that Rs. 2.5 billion will be allocated for the National Programmes falling under the President’s purview, which include programmes on food production, environment conservation, drug prevention, kidney disease prevention and coordination of the Pubudu Polonnaruwa project.

“On the other hand, Rs. 800 million [has been allocated] for the National Agribusiness council, Rs. 30 million increased to facilitate former presidents, and Rs. 120 million to pay the lease rental for the vehicles leased out before 2015,” he said.

The first reading of the 2017 Budget is scheduled for November 10, and the second reading debate and committee stage debate are scheduled to be held within 26 days in the months of November and December.

The budget debate is tentatively scheduled to continue till December 10.