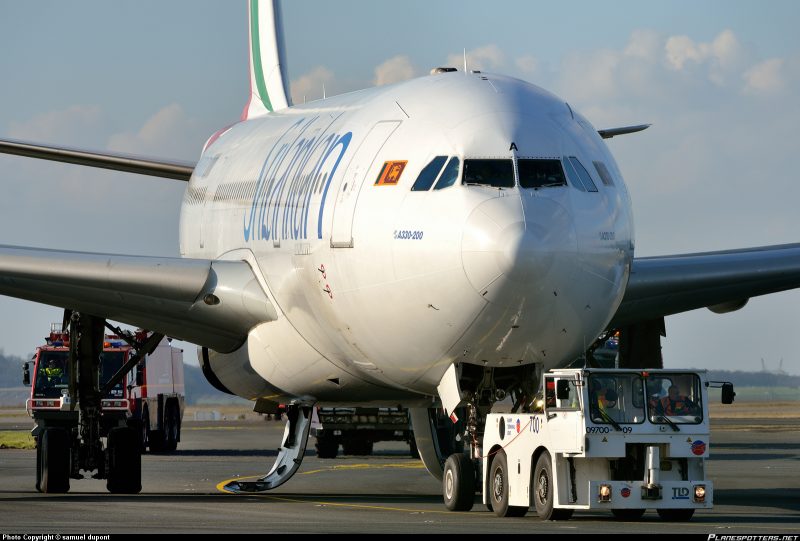 Late last month, at a time of severe national financial crisis, the Treasury was told to absorb SriLankan Airlines’ liabilities of Rs. 461 billion. Once again, the national carrier is looking for partners. The Minister of Finance promised to convert SriLankan Airlines into a regional airline focused on profitable destinations. The transformation depends on the input of “professional management inclusive of local and foreign experts”. What are the prospects for recruiting a team that can rescue the airline? Little progress seems to have been made so far. Informed critics with experience of working in aviation have doubts about whether the current management team has the experience or the capability for the task.

From its foundation in 1947, Air Ceylon needed foreign assistance. By 1949, Australian National Airways (ANA) owned a 49% stake in Sri Lanka’s national carrier. In 1955, the 49% stake held by ANA was taken over by Dutch carrier KLM. By 1960, KLM’s shareholding in Air Ceylon had been reduced to 24%. In the 1960s, Air Ceylon management had no option but to go into partnership with BOAC to conduct Air Ceylon flights to London. In 1971, Air Ceylon had negotiated a deal with the French company UTA to provide commercial and technical assistance. The arrangement was not a total success and ended in September 1976.

Who would today want to be a partner of SriLankan Airlines? The huge populations of China and India contribute mightily to the tourist trade of Sri Lanka and the Maldives; perhaps a partnership might be attractive to one or both of those countries.

In January, talks were held with Qatar Airways CEO Akbar Al Baker and, according to aviation industry sources, Etihad might be interested.

We have been hearing many good reports about Turkish Airlines, which is certainly Europe’s most improved carrier. Up until the early 1990s, the airline was synonymous with poor quality, but the company has, through hard work, succeeded in changing the culture. Turkish Airlines once had the worst European safety record apart from Aeroflot. They have addressed this by improving procedures, upgrading pilot training, and investing in a new fleet.

Air Ceylon became Air Lanka in 1979. According to a recent article by former SriLankan Airlines Manager, Rajeewa Jayaweera, President Jayewardene initially did not interfere after entrusting the airline to Captain Rakitha Wickramanayake and a Board made up of public servants and managers from the industry. This did not ensure success. Lee Kwan Yew commented, “How could an airline pilot run an airline?” A 1986 Presidential Commission found the Air Lanka Board wanting and exposed many examples of irregularities and financial mismanagement, conflicts of interest, and negligence. A second Board, according to Jayaweera, developed strategies which resulted in an end to Treasury hand-outs.

Under President Premadasa there were too many appointments of people close to the president, too much interference in recruitment and appointments. The rot continued with President Wijetunga’s appointment of a retired General as Chairman/MD with two Air Vice Marshals and a UNP lawyer as Executive Directors. None of them had the knowledge or expertise to run a commercial airline.

Former President Rajapaksa is among the Lankan presidents accused of using the Airline for their own needs, at a cost to passengers and taxpayers. Image courtesy asiantribune.com

Under Premadasa, there was also great disruption to paying customers whenever he travelled, and he wasn’t the last Sri Lankan president to be blamed for such hindrances. President Kumaratunga also used SriLankan Airlines aircraft for overseas travel at great inconvenience to the fare-paying public and great cost to the taxpayer. The joke about UL standing for “Usually Late” applies to CBK as well as the airline. Years later, the Rajapaksas were accused of treating  the airline as their personal taxi service and this ended the Emirates partnership.

There has also been misuse by the management.

The priapic antics of Chairman Nishantha Wickremesinghe, Mahinda Rajapaksa’s brother-in-law, persuaded the Sirisena government to appoint a Board of Inquiry headed by renowned lawyer, J.C. Weliamuna. The report submitted by the Board in March last year recommended criminal investigations and called for Wickremesinghe and former CEO Kapila Chandrasena and other senior management staff to be prosecuted. The alleged corruption and abuse of power took place under the blind eyes of the auditors, Ernst and Young, and the Board of Directors, but Weliamuna does not recommend any punishment of them.

The current government continues to refer on a daily basis to the crimes and misdemeanours of the Rajapaksa regime, but has seemed curiously reluctant to take action on Weliamuna’s recommendations. The Presidential Commission investigating Fraud, Corruption, Abuse of Power, State Resources and Privileges (PRECIFAC) has postponed recording of initial evidence regarding SriLankan Airlines until May 19.

Captain Suren Ratwatte was appointed as CEO of Mihin Lanka with effect from October 2015. He was also appointed as the CEO of SriLankan Airlines and is responsible for the operational and strategic management of both airlines.  He is an airline pilot with over 30 years of experience in the aviation industry, however, critics have been dubious about this appointment.

The Chairman has been referring to a “restructuring plan” for a year. The Government plans to appoint a consultancy firm to advise on restructuring and in the next three weeks will have discussions with KPMG, Ernst & Young, and PricewaterhouseCoopers to decide who gets the job. Yes ‒ that is the same Ernst & Young who turned a blind eye to the wrongdoings of the previous management.

SriLankan Airlines Middle East and Africa regional manager, Samantha Nagahawatte, told Gulf News recently that the airline planned to start flights to Iran, Jordan and Lebanon over the next two years, although the airline had not yet committed to a schedule.

Not everyone would be happy if SriLankan took bold restructuring measures. The tourism industry was alarmed at proposals to pull out of Europe. President of The Hotels Association of Sri Lanka, Hiran Cooray, is reported to have said: “we urge that both Paris and Frankfurt are retained. Europeans are finding it difficult to travel to Islamic countries due to political unrest. Places like Turkey, Tunisia, Morocco, Algeria and Egypt are popular summer destinations frequented by millions of Germans and French who now find it more and uncomfortable to visit these locations.”

Does that point to a partnership with Turkish Airlines?

It has been suggested that SriLankan should follow the example of Qantas under the leadership of Alan Joyce. In August 2015, Qantas reported a $975 million annual underlying pre-tax profit, up from a $646 million loss the previous year.

Joyce was praised for his strong will in taking hard decisions, including grounding the airline for a time and making large redundancies. There was also praise for Joyce’s “bold decision” to partner with Emirates, and more recently to expand Qantas’s relationships with China Eastern and American Airlines.

It is clear from the timeline that we published on April 11, 2016 that Sri Lanka’s national carrier, under whatever name, has had its ups and downs. That timeline drew a number of helpful comments.

Many commenters thought that privatisation was the panacea. Personally, we doubt it. There have been successful privatisations. Kenya Airways, which was privatised over 20 years ago, and Samoa’s Polynesian Blue have been profitable for years and contributed to growth in their respective tourism sectors.

However, privatisation is also an inducement to corruption, and the taxpayer ends up paying for the failures  of “risk-taking entrepreneurs”. There is an argument that airlines are essentially economy-stimulating public services which require massive investments to support airports, airspace and safety regulations. Private airlines anywhere in the world have thin margins and usually need bailouts and subsidies. Some taxpayers might prefer to support a loss-making state enterprise over pouring public money into a loss-making private company.

If the Government is to retain a stake, it needs to hire someone like Alan Joyce – someone unafraid of unpopularity – to oversee operations with a cold eye to what is effective, and a bold willingness to take decisive action. Joyce was never a pilot and had no influential family connections. He does have a BSc in Applied Science (Physics and Mathematics) and an MSc in Management Science. He is a Fellow of the Royal Aeronautical Society. Most importantly, he had eight years of practical experience with an airline in sales, marketing, information technology, network planning, operations research, revenue management and fleet planning.

Lanka Business Online recently recycled a media release informing us that: “SriLankan Airlines has once again enlisted the knowledge and expertise of some of the country’s eminent professionals, private sector personalities and management gurus to help groom the National Carrier’s leaders of the future…” As is usual with this  kind of “journalism” there was no attempt at analysis and it was left to a cynical reader to comment: “We need a sustainable and a turnaround vision for SLA and that not from bankers, automobile personnel and academics. But professionals from the Airline industry ‒ local and foreign.” Have SriLankan Airlines management sought advice from the likes of Alan Joyce or Michael O’Leary?

Some commenters called for SriLankan Airlines to be closed down as soon as possible because it was a constant drain on public resources at a time of national financial crisis. Would this be too drastic an option with the huge costs that redundancies would entail? One obvious way of cutting losses would be to shut down Mihin Lanka, as Ranil Wickremesinghe promised to do in his election campaign. Many retired consultants who were appointed by the previous regime are still drawing salaries. How long will this Rajapaksa folly continue to drain the Treasury?

There certainly have to be some redundancies, whatever option is chosen, but the Government has promised to retain the airline’s 7,800 workforce. There is no doubt that there are many superfluous and ineffective people employed by the airline in management and on the technical side. The current Chairman as well as Board of Directors was appointed by the Prime Minister mostly from amongst his close associates. The new CEO is the brother of the Prime Minister’s advisor, Charitha Ratwatte. There appears to be no-one currently running the national carrier who has any experience of running a hugely indebted enterprise.

Although the Rajapaksa regime is rightly condemned for its malign effect on the national carrier, there is a long history of incompetence and malfeasance under previous regimes. Minister Kabir Hashim may well speak of the damage done by “unqualified political lackeys”, but one doubts whether past regimes were much better and one cannot be optimistic about the future either.