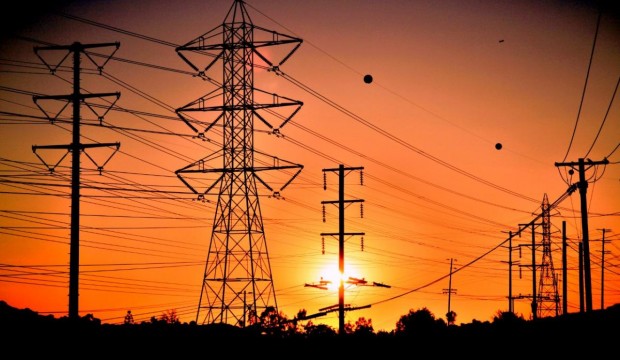 CEB Caught Up In Fishy Situation

No, this isn’t about the recent power outages we’ve all been experiencing – apart from dealing with the ensuing fracas related to that, Ceylon Electricity Board (CEB) may also be in hot water over the potential extinction of an endemic, critically endangered species of fish.

Until recently, the Green Labeo (Labeo Fisheri), also known as gadaya, was thought to be extinct – it was rediscovered in 2011, in a rather ironic fashion. Dynamite blasts for a mini hydro project had resulted in an accidental discovery: dead, decomposing fish had been found and identified as the gadaya, which was, up until then, considered extinct. Since then, the gadaya has been categorised as  critically endangered. Its ideal habitat can be found in certain parts of the Mahaweli River. However, one such habitat is currently under threat because of the Moragolla Hydropower Project.

The Moragolla Hydropower Project received the required environmental clearance from the Central Environmental Authority (CEA), and therefore the green light to proceed with the project. Subsequently, however, environmentalists found that the gadaya breed in the very waters that are the proposed site of the Hydropower Project, creating a thorny issue for the CEB.

The existence of the gadaya at the site of the project was, however, not accounted for when the Environmental Impact Assessment (EIA) report was made by the CEB – hence the green light to proceed.

Speaking to Roar, DDG of the Environmental Management Assessment Division of the CEA, U. K. D. G. Jayasinghe, explicitly stated that, “this fish species was not recorded according to the report” made by the CEB to receive the environmental clearance.

Whether the CEB knew of the existence of the fish in the waters at the time of the report is unclear – what is certain, however, is that the CEB called for contractors for the “Surveying, Translocating, Monitoring and Relocating of Labeo Fisheri in Mahawelli (sic) River – Moragolla Hydropower Project.” The tender notice issued at the time can still be found on their website.

The CEB, in this attempt to relocate the critically endangered fish, has not, however, done so in consultation with the concerned environmental bodies, both the Department of Wildlife Conservation (DWC) and the CEA confirm. Furthermore, as environmental lawyer Jagath Gunewardena points out, any attempts to capture or remove protected species is considered an illegal activity under Section 31 A of the Flora and Fauna Protection Ordinance (FFPO). Gunewardena also added that under section 55 of the FFPO, the DWC can only give approval for a relocation in view of an ex-situ conservation method, to help the population growth of the fish.

The Green Labeo is endemic to Sri Lanka, and up until 2011 was actually believed to be extinct. Image courtesy freshwaterfishesofsrilanka.blogspot.com

That the CEB now knows of the existence of the fish at the proposed site of the project was understood when a CEB representative, W. J. L. S. Fernando, Additional General Manager (Projects) told Roar that they had “…come across many species and tried to control the damage. This is only one species and steps have been take to protect that species.” Mr. Fernando added that he would “not like to comment on this” any further.

Speaking to the DWC, it was learnt that the the Department had only recently received information of the CEB’s attempt to relocate the fish. “Steps have been taken to communicate with the CEB and the CEA. We only know the news so far and don’t know the exact situation,” M. G. C. Sooriyabandara, Deputy Director (Law Enforcement), DWC, told Roar.

Additionally, the Mr. Jayasinghe of the CEA said that, as the approving agency, they had given the CEB clearance to proceed but that the “fish species was not recorded according to the (EIA) report. This was not informed by the CEB. We have to inquire into the matter.”

While the respective authorities have begun investigations into the matter, environmentalists, however, are pretty clear that the CEB has overstepped a line. “Any initiative to relocate the fish, and that too only for breeding purposes, should come only from the DWC,” explained Jagath Gunewardena. “If they had performed a real assessment, the fish would have been found. CEB’s move to relocate the fish is not part of the approval condition either. Anything beyond the mandate is a violation under the National Environmental Act,” he said.

Vibushana Bandara, Vice President (Action Committee) of the Young Zoologists’ Association of Sri Lanka, also added that “the CEB has no right to relocate or to even request permission for a relocation.” According to Bandara, “relocating an endangered species using the limited technology we have will be no easy task. It is extremely difficult and even after relocating the fish, it could die off, or something equally drastic could happen, which would adversely affect its population.”

The issue poses a dilemma which many countries today face ‒ the demand for power and energy is increasing, adding stress to the already overburdened environment. The recent spate of power outages, combined with the now compounded effects of climate change, is adding to the issue. Yes, we need clean electricity now more than ever: but we shouldn’t discount the drastic effects its procurement  could have on the environment. Over to you, CEB.