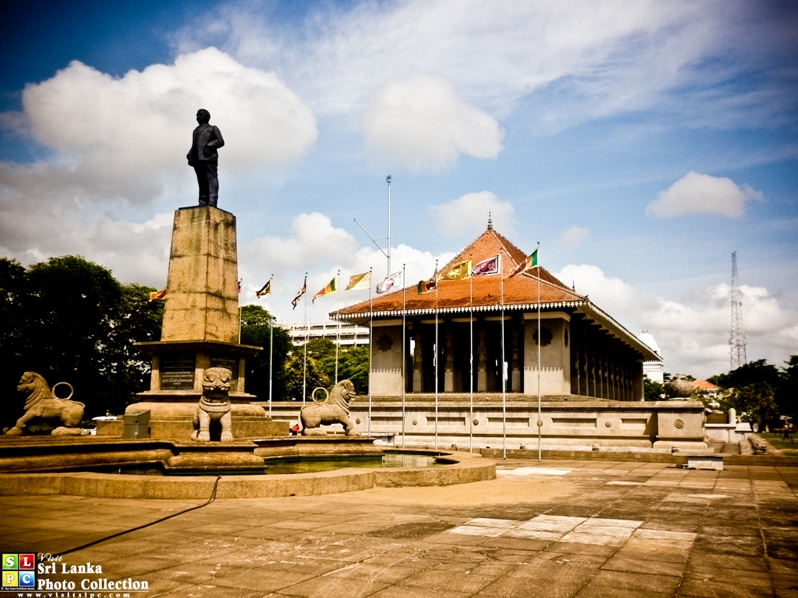 Ceylon: A Look Back At The Long Road To Freedom

If you’ve ever been stuck in traffic at the Dickman’s Road/Havelock Road intersection in Thimbirigasyaya (and let’s face it; who hasn’t?), you’ve seen the statue of a man whose death ‒ more so than his life, as illustrious as it was ‒ over a century ago profoundly changed the course of this country in a way that few others have. Or perhaps you’ve noticed the sports ground named after him, located mere feet away from the routinely ignored statue of this forgotten hero, where a handful of Colombo schools still hold the odd athletic meet or two.

On July 7, 1915 at 8 a.m., when a firing squad took the life of Captain Edward Henry Pedris by order of the Crown, on trumped up charges no less, it set off a chain reaction, slow and subdued though it was, that culminated in the island nation of Ceylon finally ending its four-centuries-long forced subjugation to European colonists.

As fascinating as the life and death of Henry Pedris was, that’s a story for another time. It was what transpired after his unjust execution that needs revisiting today. In the immediate aftermath of the Sinhala-Muslim riots of 1915, with World War I as a backdrop, the gross miscarriage of justice that ended Pedris’ young life arguably and perhaps ironically gave life to the movement that sought independence from the British empire. Even if you subscribe to the school of thought that independence was given to us on a platter rather than that we won it for ourselves, it’s hard to imagine that the peaceful struggle for freedom led by the likes of F. R. Senanayake would’ve been what it was had it not been for Pedris paying the ultimate price for a crime he did not commit.

Of course, Pedris was not the first to take a bullet for the cause. That honour went to (though, technically, he was beheaded) Rajapaksa Wickramasekera Mudiyanselage Bandaranayake Monarawila Keppetipola, a.k.a. Keppetipola Disawe ‒ a Disawe being a high-ranking feudal official turned government bureaucrat ‒ who, a mere three years after the British had formally occupied the entirety of Ceylon, led an impressive but ultimately fruitless rebellion against the invaders using guerilla tactics.

Then there was the famous Matale rebellion in 1848, the first peasant uprising in British occupied Ceylon, led by Weerahennadige Francisco Fernando alias Veera Puran Appu and Wansapurna Dewage David alias Gongalegoda Banda, that despite some initial success, was crushed by the British. Puran Appu was executed by firing squad and his comrade in arms and pretender to the throne, Gongalegoda Banda, was later exiled to Malacca (modern day Malaysia) for waging war against the Crown.

The decades went by and the need for a change in tactic was becoming increasingly apparent to a new breed of elite, mostly British-educated patriots. Over the turn of the century, a Buddhist revival movement led by Anagarika Dharmapala and American theosophist Henry Steel Olcott resulting in what historians such as Gananath Obeyesekere have famously called Protestant Buddhism had helped establish an ethno-religious Sinhala Buddhist identity that was clamouring for a nation free of foreign rule. This was not to the liking of the Sinhalese elites (that incidentally included the Senanayakes as well as S. W. R. D. Bandaranaike), who conspired to oust Dharmapala from the frontlines. It was against this backdrop that the riots began in 1915 that eventually led to the execution of Henry Pedris, and the realigning of the independence movement that came in its wake.

Following the riots, many nationalist leaders were imprisoned without charges by the Brits. Among those put behind bars were F. R. Senanayake, his brother D. S., Baron Jayatilleke, A. E. Goonesinghe, Anagarika Dharmapala, and other iconic figures in pre-Independence Ceylon.

According to some accounts, the blood-soaked chair that Henry Pedris was executed in was demonstrated to the prisoners (one of whom is said to have been future Prime Minister D. S. Senanayake), ostensibly with the hope of dissuading anyone getting any ideas. This scare tactic apparently backfired as the exact opposite of the desired outcome emerged in the end, with the dying independence struggle, rather than cowering into submission, being rejuvenated with newfound resolve.

The Ceylon National Congress was formed by founder-president Ponnambalam Arunachalam in 1919. This was to be where some of the most high-profile future Ceylonese leaders would cut their teeth. Over the next two decades, the CNC laid the groundwork for achieving independence from the Empire, despite initially not being 100% for it. The CNC also opposed the grant of universal suffrage by the Donoughmore Constitutional Commission at the start. In 1943, D. S. Senanayake, who later came to be known as the Father of the Nation, resigned from the party, citing differences over the nature of the independence sought. Senanayake, it turned out, preferred dominion status over total independence.

Then there was the Left (click here for our extensive breakdown of the history of the leftist movement in Sri Lanka). From the game-changing strikes organised by the likes of A. E. Goonasinhe in the 1920s and by the Youth Leagues in the ‘30s, and the subsequent formation of the Lanka Sama Samaja Party (LSSP) in 1935 with the lofty goal of fighting for political independence while simultaneously agitating for a more egalitarian society, the fledgling Left took it upon itself to agitate for a free Ceylon. In her highly insightful paper on the early years of the LSSP published in 1974, academic Kumari Jayawardena wrote: “Since there was no strong nationalist movement led by the bourgeoisie, the need of the day was felt to be the establishment of a party which would lead the struggle for democratic rights and political independence.”

Following the Battle of Dunkirk in France, the LSSP had to pay the price for British paranoia, with its press being sealed and its leaders N. M. Perera, Philip Gunawardena and Colvin R. de Silva arrested in 1940. A series of strikes organised by the LSSP the next year added to the growing burdens of the Brits. The Japanese bombs that rained on Colombo in 1942 didn’t help matters.

As public support for the British government continued to wane, the CNC, having accepted hitherto disregarded communists (all expelled by the LSSP) into their fold, resolved to agitate for total independence. As mentioned above, D. S. Senanayake, in opposition to this demand, left the party and formed his own political entity, the United National Party, that would later go on to dominate Sri Lankan politics for decades to come.

More strikes ensued in 1947, and the Ceylon Defence Force was mobilised to put a stop to these inconvenient trade union actions once and for all. Just over 30 years after Henry Pedris was executed, V. Kandasamy of the Government Clerical Service Union was shot dead when police opened fire on a strike meeting at Hyde Park, Colombo ‒ perhaps the last man to fall on the people’s march towards independence.

Things were looking bad in India too, and it was time for the British to call it quits (this is probably where the ‘given on a platter’ sentiment starts to set in). Elections were called and the newly formed UNP under the leadership of Senanayake won, but was forced to go into a coalition government with the communal Sinhala Maha Sabha founded by soon-to-be party nemesis S. W. R. D. Bandaranaike, and G. G. Ponnambalam’s Tamil Congress. On February 4, 1948, power was handed over to this unlikely coalition and the country was officially granted independence as the Dominion of Ceylon.

The British may have just “handed it over” to us, but the fact remains that so much blood, sweat, and tears were shed to save the pearl of the Indian ocean from foreign rule. Image credit: Nazly Ahmed

It would take another four decades for a statue of Henry Pedris to be erected in Colombo in 1987 to remind people that his untimely death was not in vain. And he was just one of countless men and women who paid with their lives for a cause they clearly deemed worth dying for. The British may have just “handed it over” to us, but the fact remains that so much blood, sweat, and tears were shed to save the pearl of the Indian ocean from foreign rule. A cynic might say it was all for nothing, as the British were on their way out anyway. But that doesn’t take away from the incredible sacrifices made by the true patriots of this land whose sole objective was to see it freed for their descendants. Today, on the 69th anniversary of that all-important day, it is perhaps time to do some soul searching and ask ourselves if we’re doing enough ‒ and not just in terms of parades ‒ to show our gratitude.