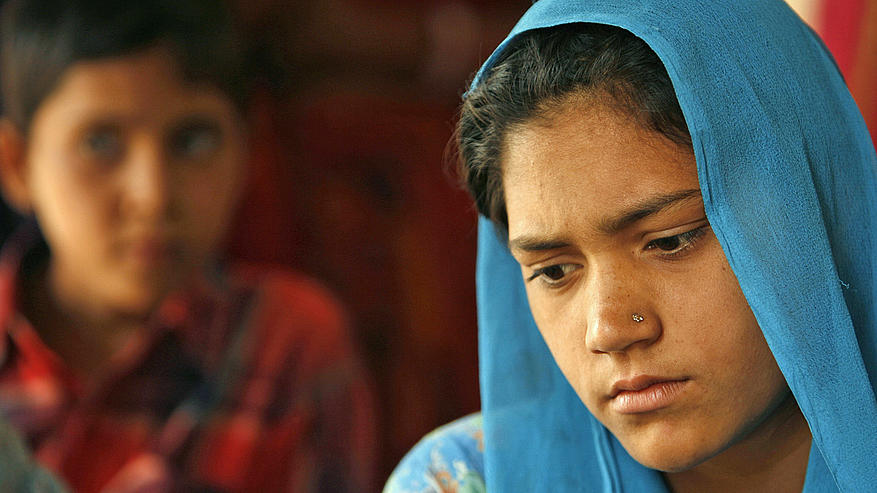 Nearly half of the world’s child marriages occur in South Asia. The good news is that incidences of child marriage are extremely low in Sri Lanka; child marriages account for 2 percent of the marriages in the island. That 2 percent, however, is the tragic result of the drawn out civil war and unfortified laws. With the war behind us, we can pare down that percentage further with education and opportunities, but this involves creating awareness and dedicated social work.

Having acquired research on Post-War Trends in Child Marriage in Sri Lanka by FOKUS WOMEN and the Ministry of Child Affairs, we have put together helpful information on the situation in Sri Lanka – the how and why.

How young is too young?

The internationally preferred age for marriage is 18 years for both boys and girls. Sri Lanka and Nepal are the only countries in South Asia that have specified a minimum age of 18 at which both boys and girls can legally tie the knot.

That sounds great but it clearly isn’t a bulwark against child marriage; a few of these marriages seep through the cracks on account of weak laws.

So, let’s take a look at the Sri Lankan laws on marriage.

There are ambiguous and conflicting provisions in the General Marriage Ordinance (GMO) and the Kandyan Marriage and Divorce Act (KMDA) with regard to age of marriage and consent to marriage that have resulted in child marriage. Such as, the registration of a marriage not being compulsory in the GMO.

Then we have the Muslim Marriage and Divorce Act (MMDA) which doesn’t specify a minimum age for marriage.

During the 27 year civil war, parents in the war affected areas gave their children, especially the girl child, in marriage to prevent forced recruitment by the LTTE.  It was believed that the LTTE would not forcibly recruit ‘married girls’ for battle.

As the war raged on, many families were displaced. While settled in IDP camps, families adopted customs from other communities and the lack of access to education, as well as vocational opportunities, pressured parents into giving their young girls in marriage for their protection.

The inmates weren’t the only predators parents had to protect their daughters from; there were the security forces as well. The report states, ‘Fear of sexual violence by security forces in IDP camps, trafficking of children for prostitution and sexual exploitation was yet another reason for child marriage during the conflict’.

Six years after the guns fell silent, the incidences of child marriage has not dissipated. Why? Because most families in the conflict affected continue to follow marriage practices adopted during the war; they have almost become customs. The report elaborates, ‘families continue to live post war in the same psychological state without aim or plan for the future. Since most parents married underage during the conflict and were school drop-outs they are not opposed to marrying their children underage as well. As there is social recognition in marriage, parents feel their child’s security is guaranteed by marriage. They are unable find or think of alternative ways of securing their child’s future’.

Other issues that lead to child marriage include, poverty – one of the more dominant factors as parents give their daughter in marriage early to ease their own economic burden, a post war policy that overlooks psychosocial assistance to families to emerge from conflict, ‘love affairs’ – shotgun weddings to preserve the family honour, adolescent teenage pregnancy and little or no awareness of sexual and reproductive health.

What’s so terrible about child marriage?

We’ll give you six:

Compared to other South Asian countries Sri Lanka is far better when it comes to child marriages, but we have a lot do before we can bring it to a complete halt. While the incidences are at a low 2 percent, the impact of child marriage is not only felt by the girl child given in marriage, but her children as well in terms of health, care, and psychological effects – brought about by domestic violence and the lack of proper caring (as young girls are not mentally and physically prepared to take on a parenting role). The impacts are felt generation after generation and they undoubtedly have an adverse effect on society.