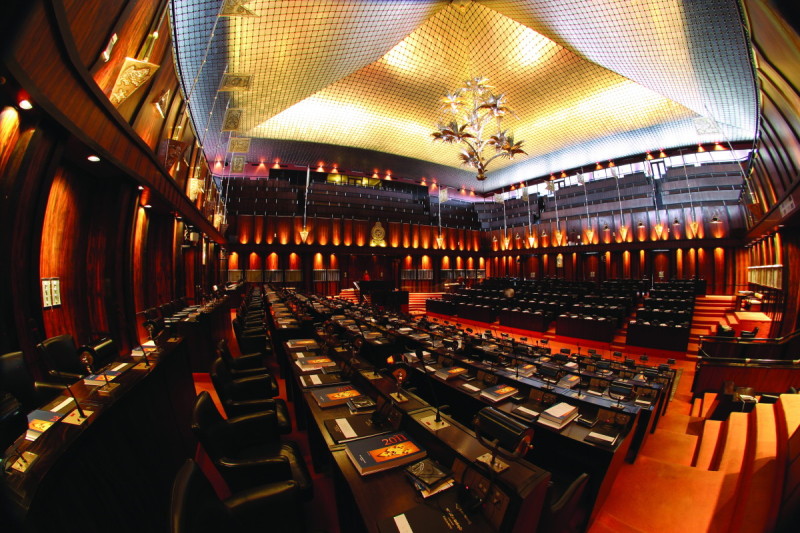 Major changes to the Constitution of Sri Lanka are on the cards, with the Government encouraging citizens to submit their own suggestions for constitutional amendments that seek to, among other things, abolish the Executive Presidency, change the electoral system, and bring about meaningful and lasting reconciliation. Roar spoke to legal expert and Research Associate at Verité Research, Viran Corea, on what the people of Sri Lanka can expect from the proposed amendments.

But first, a quick breakdown:

Excerpts from the interview:

Roar: Why, in your opinion, is there a pressing need for a new Constitution?

Viran: The present Constitution has failed to host and sustain a proper Sri Lankan identity. No strong Sri Lanka is possible without a predominating Sri Lankan identity being shared amongst the many ethnic, religious and ethno-religious communities within the country. Such a strong shared ‘Sri Lankan’ identity can only materialise if the identity is pluralist and inclusive. Pluralism and inclusiveness cannot be a matter of lip service. They must be guaranteed by both the values and the workings of the constitution. History and experience demonstrate that both the 1st Republican (1972) and 2nd Republican (1977) Constitutions have failed miserably in their workings to generate a truly shared and therefore overarching, predominating common Sri Lankan identity. Therefore, it is a pressing need to forge a new constitution that requires all those exercising powers of government (executive, legislative and judicial powers) to genuinely and properly assure to all Sri Lankans, their rights as equal Sri Lankans through recognition and protection of the plurality of the content of the Sri Lankan identity.

Roar: Will this be a brand new Constitution drafted from scratch, or is it going to be a major amendment to the existing Constitution?

Roar: What are some key areas that are likely to change/be added/taken out?

Viran: It would appear from general reports that the widely felt need to abolish the office of Executive President is likely to be one area of constitutional change. Aspects such as serious concerns with regard to the electoral process under the Proportional Representation system, minority political rights (devolution) and representation are other areas highlighted as coming under focus. It is as yet uncertain as to what exactly the changes would be. There is a process of consultation of stakeholders that has commenced, to enable interested citizens and groups to give their proposals/suggestions/views. In order to make the exercise a success, this process needs to be executed and completed genuinely and properly as a critical component in the constitution making process. The drafters of the constitution must be able to effectively manage, balance and resolve the real concerns of these stakeholders through effective provisions that would enable the creation and sustenance of an overarching, stable Sri Lankan identity.

Roar: What does this mean for the Executive Presidency/Parliament? Is the former going to be abolished completely?

Viran: The extent to which the President’s powers would be further curtailed (the 19th Amendment has already brought in some limitations) remains to be seen. However, if the constitution is to be considered as truly heralding a new era of constitutional governance for Sri Lanka, under it, both the Executive (President and/or Cabinet of Ministers) and Legislature (Parliament) would need to be amenable to having their powers checked through effective judicial review at the instance of a concerned or affected citizen. Judicial review can only be as effective as the judiciary is independent. The 19th Amendment to the constitution witnessed a significant reversal of the evils of the 18th Amendment by which ‘judicial independence’ had been reduced to an empty phrase. However, it does not go far enough. The (post-19th Amendment) Constitutional Council of today, is comprised also of political actors who therefore exercise a direct degree of influence in the decision making process relating to appointments and promotions of Superior (Supreme & Appeal) Court judges. Of equal concern, is the need for a proper independent inquiry mechanism prior to removal by impeachment of Superior Court judges to be guaranteed as a matter of constitutional entitlement. This has not yet been done, despite the saga of the purported removal of Chief Justice Shirani Bandaranayake without due process, which was decried locally and internationally as a serious violation of judicial independence. So what the new constitution would mean for the executive presidency/parliament would depend on the effectiveness (or otherwise) of limitations, checks and balances placed on its animators.

Roar: How important do you think are the proposed changes with regard to reconciliation?

Viran:  Very important. It should be noted that the manner in which the changes are effected, is crucial to achieve genuine reconciliation. A process of genuine consultation and consensus building to fashion constitutional answers to address the concerns of all ethnic, religious and ethno-religious communities within the country on the realisation that they are all legitimate, important and ‘first class’ stakeholders are cornerstones for true reconciliation and an enduring, honourable peace for all Sri Lankans. Consensus building for reconciliation involves not just opportunities/fora for ‘airing’ concerns, but genuine engagement of same to strive towards honourable, viable and mutually acceptable solutions. It is only through such reconciliation that the fullest potential for the country’s economic growth and advancement may be realised. Therefore, at this stage, while it remains to be seen as to ‘what‘ the precise upcoming constitutional changes are, it is important to realise ‘how‘ they need to be hammered out, from a reconciliation perspective. It may be said that in view of its importance as aforesaid, the precise process of stakeholder engagement should itself be clearly disclosed and be finalised in a manner that adequately satisfies all material stakeholders.