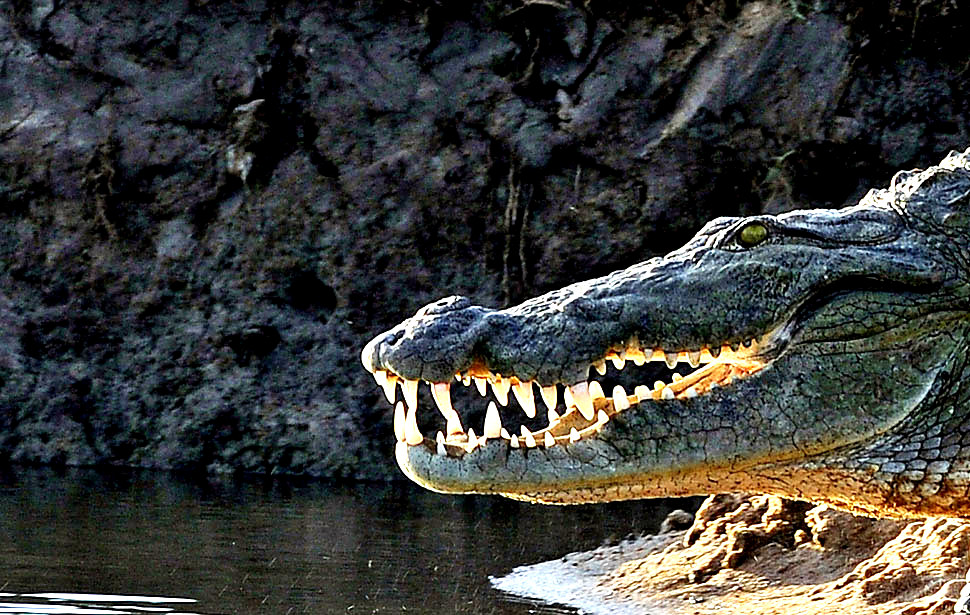 News reports of late have been dominated by the presence of salt water crocodiles spotted in several places offshore, including Dehiwala/Mt Lavinia/Colpetty and more recently Galle Face. Turns out, despite the hype, these “unusual” sightings are not as unusual as most people would think.

The issue is more complicated than it seems at first glance. For instance, while wildlife experts have pointed out that this behaviour is perfectly normal, why is it that there is suddenly a spate of reports on this?

The answer is exactly that: there’s simply more reportage on such issues than before. According to Dinal Samarasinghe, Project and Research Officer at EFL, there have been reports of crocodiles at sea throughout history. “Although this is new to most people, it has been recorded in old literature and records by the Navy,” he said, adding that despite the reactions of fishermen to such occurrences, the older generation of fishermen are sure to have seen it. “Reporting on this has become the new attraction,” he noted.

Additionally, apart from increased reportage, what could have also happened, according to Samarasighe, is that after the war and the rise in development, there are more recreational activities for people, which could have facilitated the increase in visibility of this occurrence due to better access to the sea and surrounding areas.

So you’re saying crocs in the sea are…normal?

Saltwater crocodiles in the sea are perfectly normal – for that matter, while they don’t necessarily swim in the sea, crocs use sea currents to get from one place to another. Additionally, according to Samarasinghe, saltwater crocodiles have organs that help excrete excess salt, therefore facilitating long distance sea travel. He added that this ability to survive in the sea for long periods has helped the population disperse to a large area including places like Orissa in India, Bangladesh, Sri Lanka, Papua New Guinea and Queensland, Australia. Saltwater crocodiles are, however, listed as endangered, according to the Red List.

Samarasinghe pointed out that a recent study, which listed the famous crocodile hunter Steve Irwin as a posthumous contributor, had tracked crocodiles using technology. It was found that crocodiles are conscious about getting to the ocean, and they select the dry season to do this. “When the weather and currents help, the crocodiles get into the ocean and rely on ocean currents to take them to their destination,” Samarasinghe said.

Samarasinghe noted that the Sri Lankan crocodiles probably mastered the good currents going upwards but due to the early monsoon, the weather patterns might have been disturbed. Due to this disturbance, it may be that they came closer to the shore or stayed in shallow waters floating until the weather calms down, and the currents are favourable. Additionally, they do so without expending any energy.

Should we be worried?

While the prospect of sharing sea-space with a saltie, as they are fondly known in Australia, isn’t something many of us look forward to, Samarasinghe was quick to note that the worry and hype is “unnecessary.”

“There have been instances where the off-shore crocodiles have attacked people in Australia, but that was most likely in self-defence. Crocodiles hardly eat while in the ocean. They travel long distances while on empty stomachs but may hunt reef sharks, if necessary,” he said.

True to this, it was found that the crocodile that died offshore in Dehiwala had nothing inside its stomach. Environmentalist Pubudu Weeraratne explained that when the Department of Wildlife had performed a post-mortem on the dead crocodile, they had found the stomach empty.

“Crocodiles can live without food for several weeks,” he noted. “They have been observed migrating through the sea. The crocodile in Dehiwala had barnacles on its skin – it was probably in the sea for around 2 – 3 months,” he said.

He also added that it was possibly due to some disturbance that the crocs were spotted so close to the shore. “They were probably trying to enter the Kelani River, but couldn’t due to some disturbance. We also have to take into account human activities in the river. The canals and their natural habitats are being cleared, and the removal of invasive species is taking place,” he said.

Weeraratne also noted that due to the presence of new water bodies, the young supermales could be trying to take over new habitats. Loss of habitat could also drive these crocs to find a new place.

While crocs definitely won’t win beauty or popularity contests, it has to be admitted that they are quite fascinating – for instance, according to this, it is possible that crocodiles go “island hopping” (via the sea) which could explain why, despite seeming ‘isolation’, different crocodile groups haven’t evolved into distinct species. It could be that through this process of “island hopping” they keep the gene pool well mixed.

As fascinating as all this is, however, we’re still not sure people would be thrilled to find out that their swimming partner is, well, a crocodile.