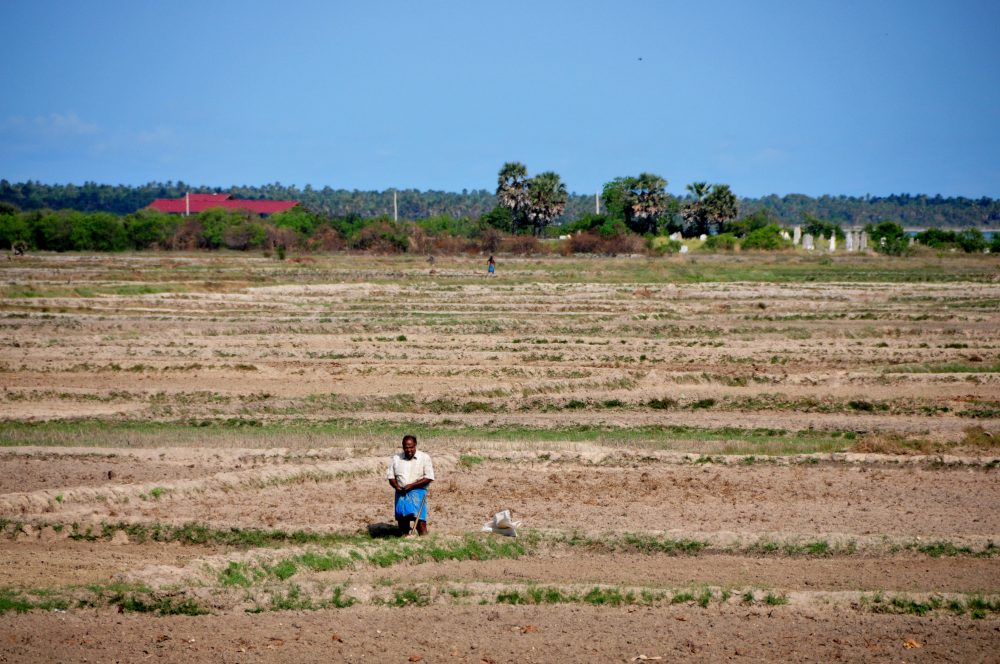 Dealing With The Drought

Sri Lanka is currently experiencing a drought, believed to be the worst in nearly four decades. As of noon today (January 21), over one million people are believed to have been affected across several parts of the island.

According to the Disaster Management Centre (DMC), 1,041,690 people have been affected by the drought so far, with the Eastern Province being the worst affected, while over 100,000 people from the Kalutara District have been “inconvenienced” owing to a contamination of drinking water.

Spokesperson for the DMC, Pradeep Kodippili, told Roar that the districts are facing shortages of drinking water as well as severe damage to crops.

The Irrigation Department meanwhile said that most irrigation tanks in the island have run dry, and the water authorities have stated that restrictions have to be placed on drinking water supplies, while the hydro-powered electricity capability has also been affected.

The government has requested that all air conditioners be set at 26 degrees in view of the electricity supply being affected by the drought.

During a recent press conference, the Finance Ministry said that the country will face a dire food, water, and electricity crisis if this islandwide drought continues until the April monsoon rains arrive.

Preparing For The Worst

State Minister of Finance, Lakshman Yapa Abeywardena, has warned of an adverse impact on the economy, should the drought continue. Image courtesy YouTube/BOI Sri Lanka

The government appears to have been pushed to take serious action like never before. State Minister of Finance, Lakshman Yapa Abeywardena, told the media that 600 water bowsers will have to be imported to meet the demands of the drought management programme.

He also claimed that the water supply throughout the country, which is fed by the collective reservoirs, can only continue for another two months should current climatic conditions prevail.

Abeywardena also added that if the April monsoon rains fail to arrive, it will have a very adverse impact on the economy.

No Water, No Food, No Power?

Meanwhile, irrigation has taken a serious hit, resulting in lower agricultural output. Minister of Disaster Management, Anura Priyadarshana Yapa, at a media briefing last week noted that most of the main irrigation tanks were currently at 27% of their total capacity, while 220 medium sized tanks were at 30% capacity.

Furthermore, he said, only one-third of all agricultural lands were cultivated, (around 300,000 hectares out of a possible 800,000) mainly due to the lack of irrigation water for cultivation.

In essence, this means that there would be less food produced during the Yala season, with effects spilling over to the Maha season as well.

“We have also had less than 35 percent of the rice fields sowed in the main rice belt of the country,” said Yapa, adding that, in the light of this, “the government had decided to import 250 metric tonnes of rice to meet the demand.

“As of now, only 45% of the land used for agricultural activities has been sowed in the Mahaweli sector. Of that, a majority of 35% includes rice, while the remaining includes other organic food products. Water from irrigation tanks in the Mahaweli sector will make these areas second priority and will not focus on lands with new cultivations,” he said.

Seneviratne further noted that electricity generation will be the third priority in the Mahaweli sector.

The President Steps In

A special discussion was held at the President’s official residence on January 18 to look into the preparations at Ministerial level, to provide essential relief to the public over the course of the drought.

According to the President’s media division, President Sirisena has issued instructions for the appointment of a special committee, comprising Secretaries of the Ministries of Power and Energy, Mahaweli, and Water Supply, to make quick decisions regarding the providing of relief to people, and minimising of difficulties faced as a result of the drought.

During the meeting, the programmes already implemented were discussed in detail, and future work plans were launched by the respective ministries to face the inevitable drought. Further discussions were held regarding the steps that should be taken to protect water resources to minimise such disaster situations in the future.

President Sirisena also instructed officials to implement a programme to reconstruct the tanks with no water, and pointed out the importance of educating the public on the protection of water sources and the proper use of water.

A special discussion was also held between Prime Minister Ranil Wickremesinghe, who was attending the World Economic Forum in Davos, Switzerland, and Executive Director of the World Food Programme, Ertharin Cousin, pertaining to the drought that Sri Lanka is currently facing.

During the discussions, the Premier noted the necessity to import rice for consumption and fuel to contribute towards electricity generation, further stating that families whose main source of income is agriculture, would need to be provided with necessary concessions and aid.

Cousin, in return, announced that she will be visiting Sri Lanka on February 10, adding that further talks on the drought can be discussed then.

In better news, the Department of Meteorology today announced the possibility of heavy rains over the following days, particularly in the Northern, North-central, Eastern, Uva and Southern provinces.

Here’s hoping they got their predictions right, because Sri Lanka is desperately in need of some rain. In the event that does not happen, it is up to the Government to prove to its people that its (rather uncustomary) planning ahead of the disaster really did produce good results.