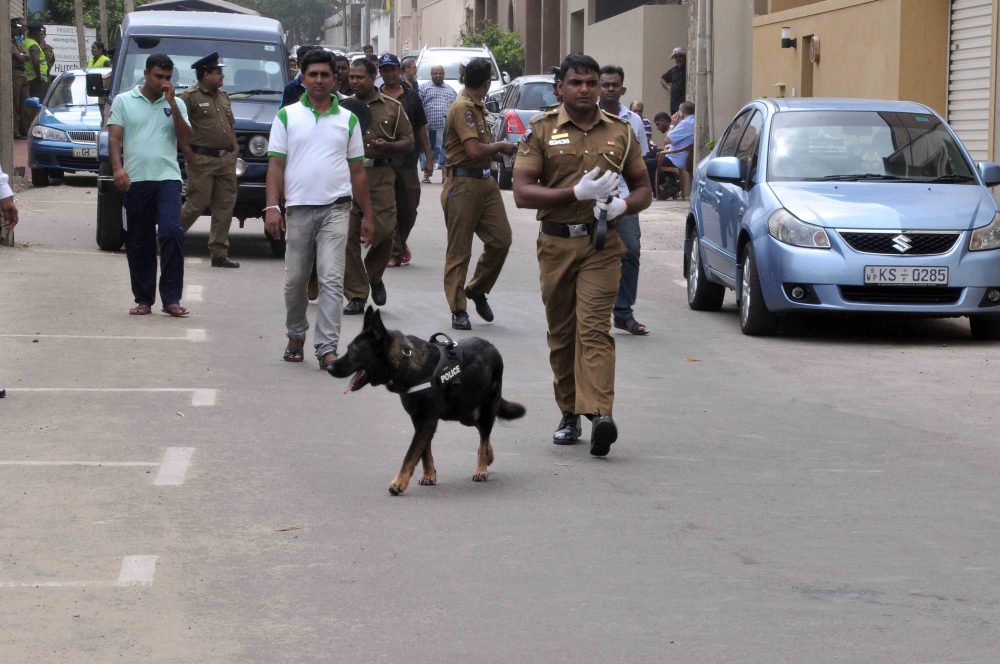 UPDATE: Police concluded investigations into the abduction and murder of Mohammed Saqib Sulaiman yesterday (September 2) after they arrested all eight individuals suspected of involvement.

The Police announced that they have apprehended six suspects who had carried out the abduction and murder, and two suspects who had made the ransom phone call and had assisted the others in eliminating evidence.

Police also revealed that the main suspect in the incident is a close associate of the victim and had worked as an assistant financial manager for Sulaiman’s company for over eight years.

The main suspect had planned to abduct the victim and demand a ransom of Rs. 20 million. According to the Police, this suspect had also volunteered to deliver the ransom money, in order to avoid police suspicion.

The suspect had reportedly attempted to kidnap the victim previously, too, but had failed.

Sunday (21): The main suspect and five others plan to abduct the businessman. The group rents a car from the Mattakkuliya area for Rs. 43,000.

The group of perpetrators lies in wait for Sulaiman, who is returning home after an event on Sunday evening. Sulaiman is surrounded and huddled into the rented car.

Sulaiman is assaulted with a machete when he resists his abductors, which renders him unconscious. The group then leaves the area and heads to Kandy.

The suspects are careful enough to avoid police checkpoints along the main roads and stick to byroads to Kandy.

The suspects, on their way to Kandy, learn that Sulaiman has died as a result of the assault. The body is abandoned in Mawanella.

Monday (22): The ransom call to the victim’s father is made by two accomplices to the main suspect. The main suspect volunteers to deliver the ransom money but fails when he gets late to return to Colombo from Kandy.

Wednesday (24): Police find Sulaiman’s body. His mobile phone is found in Polgahawela, while the burnt remains of his wallet and pieces of clothing are found in Wattegama. The murder weapon is found in Kadugannawa.

Thursday (1): Suspects who made the call are arrested.

Friday (2): The six remaining suspects, including the main suspect, are arrested, and Police announce that they have closed the case.

Last Wednesday (24) night, the body of 29-year-old textile businessman, Mohamed Saqib Sulaiman, was discovered at the Rukulagama area along the Mawanella-Hemmathagama road, three days after he was reportedly abducted.

The businessman’s murder gained a lot of publicity, which paved the way for a number of rumours and conspiracy theories. Roar has been keeping a tab on reports of the investigation thus far; we also spoke to police to confirm what really happened, and how far investigations have progressed, in an effort to clarify details and to do away with misconceptions.

The Abduction And The Ransom Call When Sulaiman was kidnapped from outside his house on Kothalawala Avenue, Bambalapitiya, on Sunday, his family had immediately filed a complaint with the police regarding his disappearance.

During Police investigations, the victim’s broken watch and some blood stains were found in the general vicinity where it was suspected that he was abducted from.

The next day (Monday, August 22), Sulaiman’s family received a call from the alleged abductors who demanded a ransom of Rs. 20 million for his release.

Speaking to Roar, the Police said that the ransom call, made at around 9 a.m., was made from a public phone booth in the Kegalle area. The caller demanded the ransom and said that he would notify them of the name of a bank to deposit the ransom and immediately ended the call.

The Murder And The JMO Report

On Wednesday, August 24, the Police Emergency Unit received a phone call regarding a body found in the Rukulagama area. The Unit immediately deployed several officers who discovered a decomposing body with several items of clothing misplaced. The body was later identified by Sulaiman’s uncle, Mohamed Iqbal Sahab.

Sahab identified Sulaiman’s body based on his clothing at the magisterial inquiry held by Mawanella Magistrate Mahinda Liyanagama last Friday (26).

Chief Judicial Medical Officer of the Kegalle Hospital, Ramesh Alagiyawanna, in his report on the post-mortem examination of the victim said that Sulaiman’s death was caused by a blow to the head by a blunt weapon. The post mortem also revealed that food eaten by the deceased shortly before the abduction had not digested at the time of the murder, thus leading to the conclusion that the murder was committed approximately an hour after the abduction.

On Thursday (August 25) five identified suspects were banned from leaving the country.

The Police suspect that the victim was murdered in Bambalapitiya shortly after he was kidnapped, and the body was then taken to Hemmathagama, Mawanella, and dumped at Demaddewatte near the Rukulagama road.

According to Inspector General of Police, Pujith Jayasundara, investigations have revealed that a relative of the victim had previously obtained a loan of Rs. 40 million from Sulaiman and then disappeared. Sulaiman had earlier lodged a complaint against this relative at the CID. Police had also questioned several persons who owed large sums of money to the deceased.

Special police teams investigating the death of the businessman said they were reviewing CCTV footage for further information. The Police told Roar that the Colombo Crimes Division (CCD) will analyse the CCTV footage obtained from Mawanella, Hemmathagama, Rukulagama, and the suburbs.

UPDATE: Two suspects were taken into police custody in Grandpass today (September 1). The arrested are aged 22 and 23 and are suspected to have been behind the ransom call to the family of the deceased.

Furthermore, Prime Minister Ranil Wickremesinghe on Saturday (27) requested Minister of Law Enforcement, Sagala Ratnayake, to submit a report as to why the police have failed to arrest any suspects as of now.

Roar will be keeping a tab on the ongoing investigations, so stay tuned for updates.

-The businessman was previously identified as Mohamed Sakeem Sulaiman. His name has been verified and edited to read Mohamed Saqib Sulaiman.

– A previous version of this report stated that the relative who had identified Saqib’s body was among those banned from leaving the country. We were later informed, however, that this relative (the victim’s uncle) was not a suspect, although one of the suspects did share the same name. We apologise for the confusion.