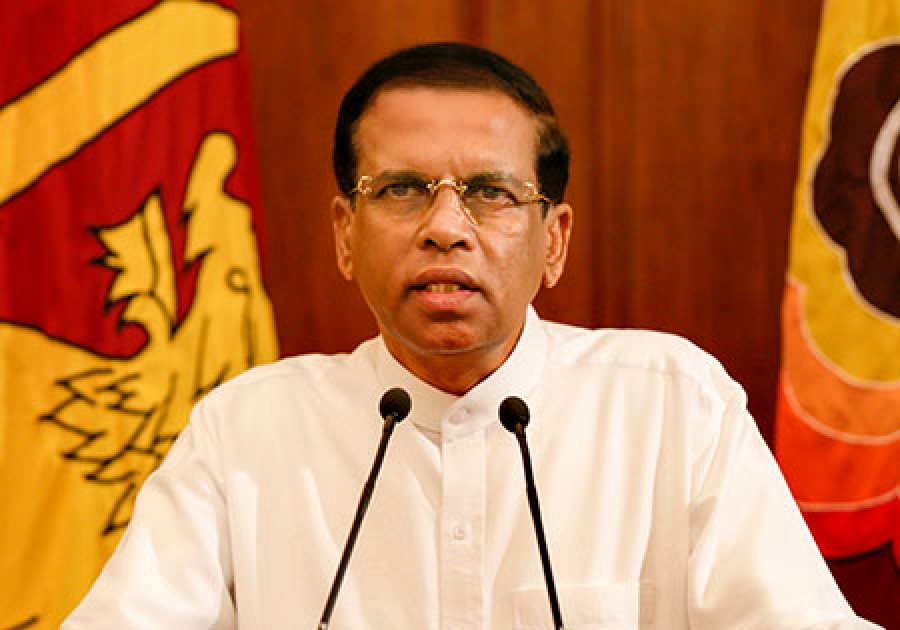 8 Key Recommendations For The New Constitution

You’ve probably heard by now that a brand new Constitution is around the corner. A few months ago, we ran a breakdown of what to expect from the proposed reforms, with a look at how the Government was taking suggestions from the public on what to include and leave out of the new constitution. The Public Representations Committee on Constitutional Reform (PRCCR), that was appointed to sort through these suggestions, has finally unveiled a detailed report on the matter. The following is a summary of some of the key recommendations made by the people of this country for a fresh constitution, as published by the PRCCR.

Appointed by the Cabinet of Ministers in January, the PRCCR was assigned to receive public recommendations on constitutional reform in order to support the reform process  promised by the Government. The Committee was mandated to call for and receive written representations from the public. They were also mandated to conduct public sittings in various parts of the country to receive oral representations, after which its final report, along with the recommendations, was to be submitted to the Constitutional Assembly within three months.

Reforms At A Glance

Among the numerous recommendations made in the PRCCR report are:

According to the PRCCR, although various suggestions had been made by the people with regard to the preamble of the new constitution, there was a consensus that the country should respect and promote democracy, rule of law, human rights, human dignity, fairness, equality, pluralism, diversity, peace etc.

“Recognising the necessity to heal the divisions of the past and to foster the unity and integrity of the nation
Strengthening of institutions of governance,
Ensuring wider sharing of power,
Enshrining democratic values, rule of law, social justice, human dignity and fundamental human rights,
Facilitating economic, social and cultural advancement, and
Fostering peace, ethnic harmony and democratic practices.”

The following is a list of eight crucial amendments as recommended by the PRCCR:

Despite several promises being made to abolish executive presidency, the move has yet to see light of day. Image credit newsfirst.lk

Every president, since Chandrika Bandaranaike Kumaratunga, came into power promising to abolish the all-powerful executive presidency and twenty-two years later, this remains a pipe dream. However, current President Maithripala Sirisena has made significant strides in this regard, and the PRCCR in its report has suggested going the whole hog.

The Committee recommends that the executive presidency be abolished, with the Prime Minister as Head of Government, and executive power shared among members of the Cabinet. In a hitherto undiscussed development, the symbolic appointment of a Vice President representing minority interests has also been discussed, though not universally agreed upon by all members of the Committee.

The President is to be elected by an electoral college as the titular Head of State as well as Commander-in-Chief of the Armed Forces, and the final recommendations include a Westminster form of government at the national and provincial levels. A caretaker government shall take over in the event the Parliament is dissolved.

2. From Jumbo Cabinet to Micro Cabinet

In what is likely to be a universally supported amendment if approved by Parliament, the PRCCR has recommended that the Cabinet and Deputy Ministers be reduced to 25 to 30 each, with State Ministers done away with completely.

The cabinet of Ministers and Deputy Ministers is to be capped at 25-30, and there will also be a Second Chamber, or an Upper House or Senate. Image credit narendramodi.in

The new constitution will see the establishment of a Second Chamber, or an Upper House or Senate, comprising 75 members including Chief Ministers, Mayors, Municipal Council and Urban Council Chairpersons, et al, mandated to ensure the protection of minorities and underrepresented communities and their interests. The Second Chamber is mandated to enable the democratisation of the State and provide checks and balances to the legislature, restrict the authoritarian and majoritarian tendencies emanating from the First Chamber, and to obtain the services of experts and professionals into the decision-making process of the State.

Federalism, a thorny topic that has become taboo over the years, has been left on the backburner by the PRCCR as a solution to the ethnic issue, as it was felt that any demand for a federal solution may threaten the post-war reconciliation process. The majority community’s fears that a federal solution could lead to separatism, it was felt, could hinder any progress and democratic gains made with regard to solving the ethnic problem.

The PRCCR recommends that there should be only one police force for the entire country AFP PHOTO/ Ishara S. Kodikara

The PRCCR report states that there should be only one police force for the entire country. It recommends that the police within a province be answerable to the Chief Minister and the Board of Ministers with regard to law and order in that province.

A Provincial Police Commission will be appointed to deal with matters relating to the transfer, dismissal, and disciplinary actions regarding officers of the provincial police force below the rank of Assistant Superintendent of Police (ASP).

Among the recommendations made with regard to power-sharing is the Grama Rajya concept that seeks to devolve political power to the lowest possible level – the village – as a form of local government.

The report reads: “The need for devolution of power to the village level is perceived as a means of overcoming malfunctioning of governance at the village level and ensuring active direct participation of citizens in the structure of democratic politics.”

The goal here is to return power to the people, in a manner of speaking. The Grama Rajya system seeks to statutorily establish an institutional mechanism of self-rule or governance and self-reliance in managing affairs at the village level.

This, if implemented, will see the active participation of citizens in decision-making, leading to improved living standards at the village level.

“The need for such a new political structure has arisen mainly due to extreme politicisation and bureaucratisation of local governance and corruption found in party politics leading to abuse of power by politicians and the bureaucracy at all levels,” states the PRCCR.

With regard to the matter of religion, the PRCCR has recommended, among other things, a secular state while “recognising the role of religion in the spiritual development of people.”

This will be one development to keep an eye on. Considering that Sri Lanka is a very religious country with the state giving prominence to one religion in particular, a mere discussion on secularism is going to be controversial, to say the least.

Reads the report: “the constitution must provide equal rights to followers of all religions and ensure rights of non-religious persons.” Alternatively, “the Republic of Sri Lanka shall give all religions equal status. The State shall protect and foster Buddhism and the Buddha Sasana while assuring all religions the rights granted by Articles 10 and 14(1) of the current Constitution.”

Although the PRCCR has recommended a new design for the Sri Lankan flag, many prefer that it stays the same. Image credit: YouTube/Hindol Wijeratne

In yet another amendment that is sure to send sparks flying, the PRCCR has, rather sheepishly, recommended a new National Flag in line with the recommendation for a secular State and “representing Sri Lankan collective life without reference to ethnicity.” Suggestions have been made to design a flag that symbolises “the equality of all ethnic groups and peace and harmony amongst them.” However, according to the report, a number of citizens have suggested that the flag is kept the way it is.

A Penny For Your Thoughts

Though the report has already been presented, there is still room for the public to make suggestions to constitutional reforms. Let us know what you make of the recommendations made by the PRCCR and, if you have any suggestions of your own, feel free to leave a comment.