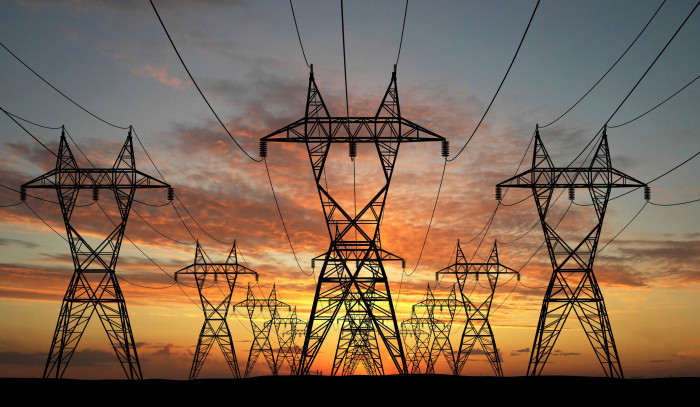 Christmas has passed with the new year chasing on its heels. Some of us put up elaborate Christmas decorations, often involving lights on Christmas trees. Colombo, especially Colpetty, is still ablaze with rows and rows of fairy lights. The atmosphere is festive, partly due to the streets, hotels and other establishments being lit up by electric lighting.

December is also an expensive month for most: there are gifts to buy, parties to arrange, and trips to be made. If you’re in charge of paying the electricity bill at your home, then you know that months like December (Christmas, New Year’s eve), April (Sinhala-Tamil New Year) and other months that involve festivities, tend to bring with them a rather high electricity bill. If you’re from a multicultural background, celebrate multiple religious/cultural events, and have kids (holidays, TV and gaming), then the bill at the end of the month can even be quite shocking.

Even if you’ve just moved out and have managed to figure out how to deal with the myriad bills that come along with adult life, coming  to terms with how much electricity you’ve used up, how much you owe the CEB and the final calculation (“tariff”), can leave you scratching your head. We at Roar decided to make things a little easier for our readers by going into a simple analysis of how electricity metering works in Sri Lanka. There’s no such thing as too much useful information and data, so let’s get down to it.

Electricity is expensive in Sri Lanka. World Bank data, as well as other studies, have pointed out that of the SAARC countries, Sri Lanka has the highest tariff for both the domestic and agricultural sectors. It can be speculated that this is due to a combination of factors, such as the type and market price of the sources/fuels used (diesel and coal in the case of Sri Lanka), government subsidies, and government and industry regulation.

A bulk of our electricity is generated by hydroelectric power plants, with (the notoriously expensive and unsustainable) coal and diesel following suit respectively. The CEB website has a simple dashboard which updates every few days, displaying the current total power consumption and breakdown by source.

CEB electricity meters, a permanent fixture of any building in SL

Here are the brass tacks:

The tariff structure keeps changing quite a bit, especially every two years or so, or even on an annual basis. We recommend keeping an eye out for changes by following news alerts, as well as checking the CEB and the PUCSL websites to avoid any surprises.

Sri Lanka has a rather complicated tariff structure at the moment. You’d think that you would only have to pay for the bulk quantity of energy (total kWh) used per month, BUT the CEB has made things a little more complicated than that for a number of reasons (which we will not go into here).

The final amount you pay depends on an additional other factor, the so called fixed charge, at a rate of Rs/month. This is a lump sum that gets added to your bill. Think of this as a “rental payment.” The bills are also prorated, so there’s no need  to worry if the meter reader gets late or comes early. He or she will take into account that the tariff is prorated.

To simplify this volume and rate relationship, as well as “the rental,” the CEB provides a handy table which appears on your bill, as well as on their website. We’ve replicated it here to illustrate a number of points.

According to the CEB; where the consumption is between 0-60 kWh per month, a unit charge of Rs. 2.50 per kWh applies to the first 30 units, any more units used upto but not exceeding 60 kWh will be charged at Rs. 4.85 per kWh. Do note that the fixed charges apply too, in this case at Rs. 30 and Rs. 60 respectively.

Where the consumption exceeds 60 kWh per month, the following tariffs apply. In this case note that there is a charge of Rs. 7.85 per kWh for the first 60 units with no fixed charge.

Math you say? Oh no! If you don’t feel like going through the math, skip over to the next section where we talk about implications, as well as an additional tariff that was  proposed just a few months ago under the new government.

Praveen has consumed 126 kWh or 126 units during a period of 30 days. What would his bill come up to?

The CEB also provides a similar example on their website which is  great to practice on.

The advantage of knowing how to calculate your bill can be pretty cool indeed. You can, for example, figure out whether the meter reader made a mistake, or predict your bill in advance and get yourself prepared to pay the bill, especially if you’re on a tight budget.

According to this press release, the CEB has introduced an additional tariff structure based on time of use (TOU) from the September 15, 2015. What’s the logic? It’s unclear. According to the CEB website,

“In order to encourage the use of Electric Vehicles, on the 8th of July 2015, CEB had submitted a new tariff proposal for domestic consumers for the approval of the Public Utilities Commission of Sri Lanka.  The CEB proposal, which is an optional tariff available to any domestic consumer currently having a three phase 30A or above supply, was approved by the PUCSL on 10th September 2015.”

TOU based tariffs allow the CEB to discriminate between peak and off peak hours, much like how phone bills used to work back in the day. The CEB has stressed that this is “optional” to anyone who has 3-phase electric power, and would not be on top of the existing tariff. The press release has urged anyone who wishes to switch to the TOU based system to contact the nearest CEB office and make the switch.

You might want to think long and hard before you flick that switch. Image Credit: portugalresident.com/

We’ve thought long and hard about the implications of the current tariff system and what it means to our readers. Here goes:

Point number three is particularly important. Why is it so difficult to keep the number of units under 180? This is especially important for any middle class household in Sri Lanka. Let’s take a simple example to illustrate why this can be difficult.

Keep in mind that these are (very good) ballpark figures for how much energy could be used during a month, and that we didn’t even take into account lights, washing machines, televisions, refrigerators (they run 24 x7), computers and other things you plug into a wall outlet like, say, an electric car. It’s no surprise then that middle to upper middle class households tend to blast through 180 units without too much effort.

This could very well be the only way ahead. Image Credit: pv-magazine.com

So there you go. That’s how you calculate how much energy you have used and our take on CEBs current and  proposed tariff systems. So now that we know how the system works, we can take affirmative action towards keeping costs low. For example, it is well known that following the steps below can save you a lot of money,

These may seem austere to some, but until Sri Lanka sorts out its electricity demand problems and switches to better management practices, we may all have to hunker down and manage how much we consume. Unless, of course, we switch to solar. This we leave for another article. Stay tuned!