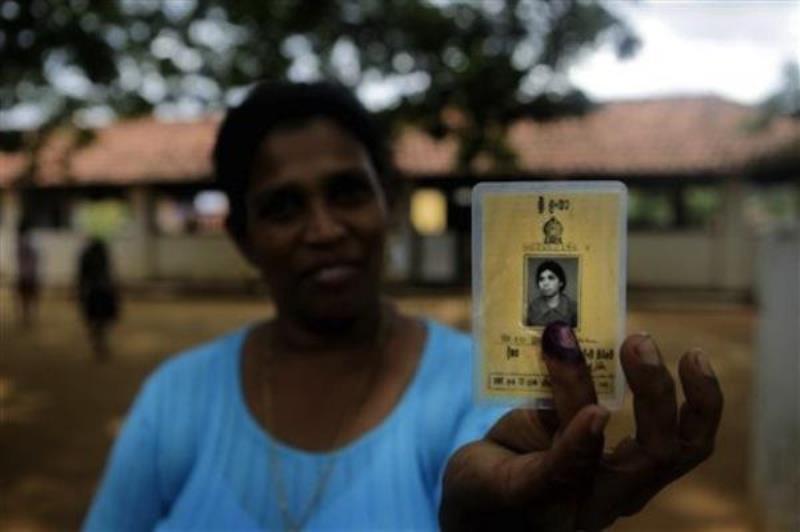 The proposed electronic national identity card (e-NIC) is in the news again, and this time with a sense of urgency not seen before, what with the amendment to the Registration of Persons Bill having been passed in Parliament on June 21. In the coming months, the e-NIC, containing biometrics, family information, and the like, is expected to gradually replace the printed identity card Sri Lankans have been carrying on their person for four decades. The Government has made plans to start issuing the new ID cards as early as next year, with the hope that an electronic identification system will make life easy for both the citizenry and the establishment. Unsurprisingly, however, not everyone is convinced.

We could soon be saying goodbye to our old ID cards – but is the alternative necessarily a good thing? Image credit: Roar.lk

The Registrations of Persons Act goes back to 1968. Following the 1971 insurrection, amendments were made to the Act making it compulsory for all citizens above the age of 18 to be registered for an NIC. The standard NIC, as it is used now, only records basic information about a person such as name, date of birth, and address. The latest amendment, however, allows for the inclusion of a fingerprint, a photograph that meets International Civil Aviation Organisation (ICAO) standards, details of family members, etc. According to a The Sunday Times report, some information on the database will be made available to state institutions via a network to establish a person’s identity, and state institutions will be able to double check the signature on the identity card by accessing the database.

The Look and Feel

The e-NIC will be a trilingual plastic card, not unlike the current driver’s license. In addition to the standard biographic information, the card will also have a bar code and a 12-digit identification number. A microchip containing biometric data such as your fingerprint will also be included.

According to the Department of Registration of Persons, in addition to biometrics, the proposed system also seeks to gather information such as family details and eligibility to receive welfare (Samurdhi), etc. for all Sri Lankans 15 years of age and above. The idea is to maintain information relating to all citizens in a single database.

Now if you think that that sounds like an Orwellian nightmare waiting to happen, you’re not alone. Management Accountant and Fellow at Advocata Institute, Ravi Ratnasabapathy, has raised similar concerns of the proposed e-NIC potentially standing in the way of civil liberties. Speaking to Roar in his personal capacity, Ratnasabapathy said the information obtained could easily be abused.

“The e-NIC is not merely a digital version of our existing NIC. The card is only the front end for a central database that can collect any information on a citizen. The Act does not limit the information that can be collected; there is a catch-all clause of ‘any other information,’ and the Commissioner General [of Department of Registration of Persons] seems to have a free hand to order whatever they want. The database will enable the state to build a profile of each citizen that can easily be abused to target and attack perceived “opponents,”” he said.

This is what the Act says:

(g) any other information as may be prescribed.”

However, Commissioner General Sarath Kumara recently told The Sunday Times that state institutions would only have access to basic information from a person’s database. To obtain full details, the holder’s permission or a court order would be required, the Times quoted him as saying.

Ratnasabapathy, however, argues that the actual Act doesn’t back up this claim.

“As per Section 39, the information may be disclosed either on the instructions of the Secretary of Defence or at the request of an officer for the prevention or detection of a crime,” he said.

Section 39c of the Act states:

“Notwithstanding any other provision of this Act, it shall be lawful for the Commissioner-General to disclose any information relating to a registered person recorded in the National Register of Persons, to a public officer or authority, where such disclosure is necessary – (a) in the interest of national security upon a direction issued by the secretary to the Ministry of the Minister to whom the subject of national defence is assigned; or (b) for the prevention or detection of crimes; or (c) for the purpose of complying with any order or direction issued by a competent Court.”

“The Minister may, in the interest of national security require the Commissioner-General to exempt any person or class of persons from the application of any of the provisions of this Act or any regulation made thereunder to the extent as is necessary, subject to such terms and conditions.”

Big Brother Is Looking At Your Ugly Mug

The proposed electronic NICs are to hold more information than the current IDs in use. Image courtesy readme.lk

An argument can be made that national security trumps everything else, thereby justifying the above clause. Some might even cite the notorious “if you have nothing to hide, you have nothing to fear” argument, which is a false dichotomy, at best. The likes of Ratnasabapathy is not particularly thrilled about the inclusion of this clause on the premise that it could be misused against dissidents and political opponents.

“ID cards are widely used in everyday transactions, if they are linked to a central database not only can routine activity be monitored, they may be blocked. For example, dissidents or journalists may find that they cannot withdraw money from their bank accounts because the ID is not “verified.” The system is based on the one used by Pakistan to help fight terrorism. Given that in the recent past journalists and civil society were routinely labeled “terrorists”, it is not difficult to imagine how this label can be applied and people victimised depending on political expediency,” Ratnasabapathy told Roar.

A tad alarmist? Perhaps; but not altogether far-fetched, considering. It is also interesting to note that when the Amendment to the Act was first presented to Parliament in August 2014, the then Opposition voted against it. In India, the Supreme court ruled against a move to set up a similar database of biometric data, stating that such information could not be obtained without a person’s express consent. Attempts to introduce an e-NIC in countries like France, the Philippines, and the US also came a cropper. In this backdrop, it is worth asking if such an endeavour really is a pressing need right now, especially given the myriad other fiscal problems faced by the country. Ratnasabapathy concurs.

“I would be very interested to see a cost-benefit analysis done for the project. Given the dire fiscal position of the country, it is imperative that a rigorous process of capital expenditure evaluation be applied to all projects of any significance. No such evaluation has been provided and we would like to see a proper justification done before any money is spent,” he said.

We’re interested in hearing your thoughts on the matter. Are you for or against a brand new electronic ID? Let us know in the comments.