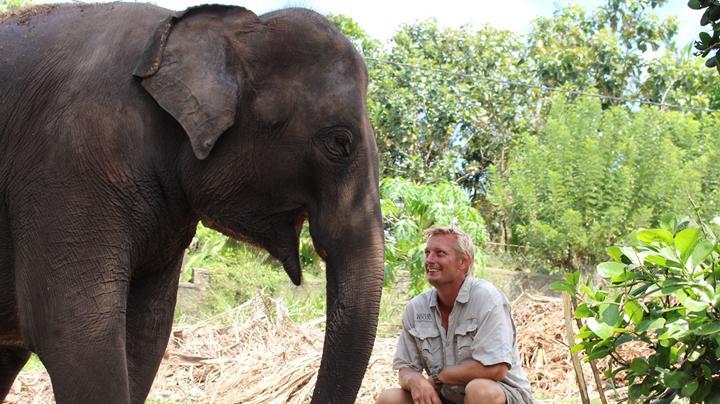 The Elephant In The Courtroom: What Will It Be For Nandi?

[August 3, 12:52 p.m.] Nandi to stay in Sri Lanka till next court hearing on Sept 27: The case over the exportation of Nandi which was taken up for hearing at the Appeal Court through a writ petition was postponed to September 27. At the hearing, the Attorney General’s Department assured the court that Nandi will not be sent to New Zealand until the next court hearing.

The petitioners have sought an interim order to suspend the sending off of Nandi to New Zealand, until the final determination of the writ petition. They have also sought an order quelling the agreement entered into by the government of Sri Lanka and the Auckland Zoo with regards to the gifting of this elephant.

At 10 a.m. tomorrow, (August 2) 5-year-old Nandi will know of her fate. Will she be able to make friends with Burma and Anjalee, or become Sri Lanka’s heftiest liability? Nandi is in the centre of a fraught courtroom debate over a ceremonial gift. In other words, an elephant in the room we can no longer ignore.

Sri Lanka’s President Maithripala Sirisena gave the female elephant, Nandi, to New Zealand Prime Minister John Key during the latter’s visit to Sri Lanka in February this year. This ‘gift’ is now embroiled in a case by 18 petitioners who are seeking the Court of Appeal to squash the agreement that would see Nandi sent off to New Zealand.

A case at the Appeal Court tomorrow will reveal what the next step would be. Nalini Perera, a lawyer and petitioner, told Roar that unlike India, Sri Lanka has not made a policy decision to deter the gifting of Asian Elephants to foreign dignitaries and heads of state. It is envisioned that the case may prompt the state to discontinue this age old practice. Other animal rights groups say their concerns were to do with separating the elephant calf from its family, keeping them in captivity, and using them for commercial purposes.

Last week an interim order made sure Nandi did not leave Sri Lankan shores until after the main petition was heard. The petitioners had charged that the gifting of the animal was ill-conceived since there was a growing acknowledgement of zoos being considered harmful to the welfare of the animals who could otherwise remain with their families or at orphanages.

The Attorney-General assured courts that baby Nandi will remain at Pinnawala and will not be moved until the next court hearing on August 2.  If all plans had fallen through, Nandi would now be in Auckland Zoo.

What’s In Store For Nandi In New Zealand?

Auckland Zoo director Jonathan Wilcken told the New Zealand Herald that Anjalee (another Sri Lankan elephant previously gifted to New Zealand) and Nandi were both from an orphanage so they could never be released into the wild. He said Auckland Zoo offered a world-class elephant programme ‒ Anjalee had put on 700kg in the past year, was in “exceptional health” physically and mentally, and had bonded with Burma, the zoo’s 32-year-old Asian elephant.

“It’s not about whether Auckland zoo is suitable or not,” Perera said. “What we’re saying is that no elephants should be shipped off to any zoo.” She said their home was in the wild, where they belong.

Meanwhile, a spokesperson for the New Zealand Ministry of Foreign Affairs and Trade told Roar that New Zealand was honored that Sri Lanka offered the gift of the elephant Nandi to Auckland Zoo, adding that New Zealand’s government agencies are working with Auckland Zoo and Sri Lankan authorities on preparations for Nandi’s transfer. As far as the legal action is concerned, they said that it was a matter for the Sri Lankan government and legal system.

A Tale Of Two Elephants

Nandi, however, is not the only Asian elephant gifted by Sri Lanka that has been in the news lately. Kaavan, the thirty-two-year-old Asian elephant at the Murghazar zoo in Islamabad, was for a long time called the loneliest elephant in the world. He was gifted to Pakistan by Sri Lanka in 1985, but recently freed following a social media campaign that eventually broke his chains. This week, the Pakistan government suggested the possibility of sending Kaavan to a sanctuary in Myanmar.  Animal rights group alleged that Kaavan showed signs of depression and behavioural problems due to the fact that he was chained most of his life. Zoo authorities, however, said that it was the loss of his partner, Saheli, which may have prompted his state.

Safwan Shahab Ahmad, the vice-chairman of Pakistan Wildlife Foundation, was quoted saying, “It is very complicated because it is a gift from the Sri Lankan government. It is a state matter. You cannot return a gift from another country.” He also said that the animal will die soon if it was not sent off to a sanctuary for proper and better care.

Roar will update its discerning readers on the outcome of the case and the precedent it sets. Do you think we should put an end to this practice or allow elephants like Nandi an opportunity for a better home? Feel free to share your thoughts in the comments below.