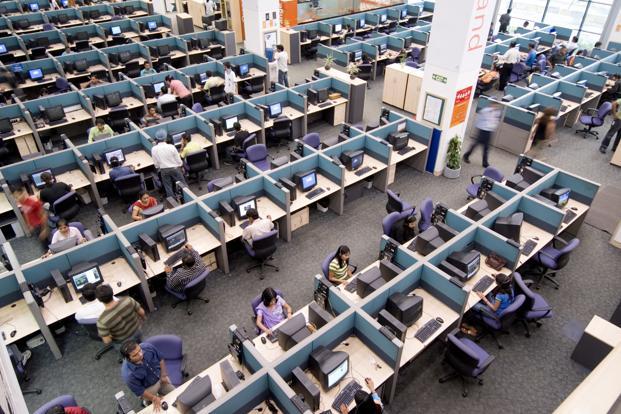 There was a lot of controversy last week over one particularly thorny chapter of the ETCA (the revamped CEPA) agreement between Sri Lanka and India. One that is said to spell certain doom to the local IT industry. But will it, really? Is there a real threat to Sri Lankan IT professionals here or is this a whole lot of alarmist “sky is falling” rhetoric?

Sri Lankan IT folk seem to be largely opposed to the move, with widespread protest on social networking sites and elsewhere, calling on the Government to scrap the deal entirely – and a few muffled voices saying it’s really not as bad as it sounds. Roar decided to speak to both camps in an attempt to paint a clearer picture of what exactly is going on.

But First, A Quick Summary

ETCA came into being after many meetings and negotiations between the two nations. Image Credit: brics-info.org

The agreement – which very few people have actually read, as it’s yet to be released to the public – will allow Indian [and Sri Lankan] IT professionals to work freely across the border. The controversy is over a possibility that – among other things – this might lead to tech companies operating in Sri Lanka hiring the “cheaper” Indian labour, thereby diluting salaries paid to local IT professionals, ultimately leading to a dearth of quality and competency in the country’s IT industry.

Chief Economist at the Ceylon Chamber of Commerce Anush Wijesinha was kind enough to share with us some of his notes on Trade In Services that will help shed some light on what the agreement is all about. ETCA will have a trade, investment, services and economic cooperation chapter; and Trade in Services, which includes IT, will be a crucial part of the agreement. It’s quite comprehensive and pretty easy to follow. We recommend reading it to get a thorough understanding of what to expect.

What’s Gotten Everyone So Worried?

The agreements have led a lot of people to panic about the potential negative outcomes. Image Credit: i.investopedia.com/

A lot of people in the industry are quite understandably panicking. The Government’s stoic silence is not helping.

CTO/Co-founder of Takas.lk Kalinga Athulathmudali is of the opinion that ETCA will have a huge impact on the country, both positively and negatively, but the bad, he told Roar, will outweigh the good.

“We as a country have major issues of unemployment. Cost of living is higher here than in India. Sri Lankans get paid more than most Indians do. What will happen when Indians can work freely here?”

Cheaper Indian labour being available locally, he says, will be especially detrimental to freelance workers.

“Companies will surely go for the cheaper option. It has been a huge issue all around the world for people who do freelance work,” he said, adding that “people who use sites like Freelancer knows this. Indians would bid any amount to get some work, sometimes their hourly charges are cheaper than our average lunch packet.”

Which would, inevitably, lead to low quality products and services.

“Sadly, cheap labour would mean low quality labour as well. Anyone who worked with an Indian software company knows this. Most who would be coming here are those who couldn’t get good jobs in India,” says Kalinga.

And it’s not like we don’t have our own unemployment issues to deal with.

“Our government can’t even provide jobs for the existing unemployed people here, what will happen when cheap labour comes in?” According to Kalinga, there are several implications of this, including:

According to Anush, there is very little reason to panic just yet. Overall, he says, if Sri Lanka is to become a serious global player, the country needs to open up to the rest of the world.

“How we calibrate that is of course important. But just saying a blanket no is no longer an option,” he says.

The ETCA framework agreement does NOT have any sectoral commitments, he points out. It is the final agreement that will have schedules which give the commitments made by both sides.

“The beauty of Trade in Services agreements is that the country can decide which sectors it wants to open, to which extent they want to open each of those sectors (refer the 4 Modes), and within those sectors which types of occupations to permit movement of workers (IF mode 4 or mode 3 is liberalised),” he explains.

Even then, says Anush, there are ‘mutual recognition agreements’ where both countries are required to agree on the level of qualifications etc. For instance, if it’s to do with engineers, both parties must agree on the Indian engineering certification and its Sri Lankan equivalent (and also which body on either side approves of said certification).

“So basically, by design at least – and that’s where well designed trade agreements are important – agreements can be highly calibrated based on countries’ needs and also countries’ (and indeed sectors’) concerns,” says Anush.

Not that it’s something we should dive head first into, however, without some careful consideration. Both the Government and the private sector, he says, have a responsibility to consult all stakeholders including local IT professionals.

“The Government has to consult widely and genuinely with various stakeholders, sectors and professional associations, but also consumers and not just producers. The private sector must look beyond the narrow company or sector interests and present well thought out, rational cases and concerns that take an economy-wide view,” he says.

But can we really blame the average coder/software engineer for freaking out a little? Are they overreacting? As Kalinga pointed out above, there is legitimate cause for concern.

“I believe the talent of local IT professionals is world class. If they too believe in their talent then they must be ready to compete. But of course on a level playing field. And how can we make it level? Through well calibrated agreement and mutual recognition/equivalency. For that the government should have solid discussion with the sectors,” says Anush.

So are fears of Indians “coming to take our jobs” unfounded, then?

“I can’t assure them of anything. That is a question for the agreement negotiators (including the Department of Commerce) to answer. Ultimately it will be a Government to Government agreement,” he says.

What it boils down to, then, is whether or not we can trust the people negotiating on behalf of Sri Lanka not to mess things up for us.

Looking at the bigger picture, though, it is in Sri Lanka’s interest to pursue this trade agreement and reap whatever [mutual] benefits it will offer in the long term. Anush agrees.

“I think that a deeper economic engagement with india is both inevitable and essential. An agreement like this helps to formalise that and ensure it happens within an agreed framework. It’s not only about the ICT sector, so I won’t want to comment specifically on that sector.

It’s incumbent on the Government to hear as many sides as possible – and have as wide a consultation as possible and not just listen to a few associations or groups or individuals – and then take a strong and informed decision, and a clear communications effort to build awareness and bust myths,” he says.

What Do You Think?

What is your opinion on the matter? Is there a real danger of the local IT industry being jeopardised? Or are we freaking out over nothing? We’re interested in hearing your thoughts. Do let us know in the comments.