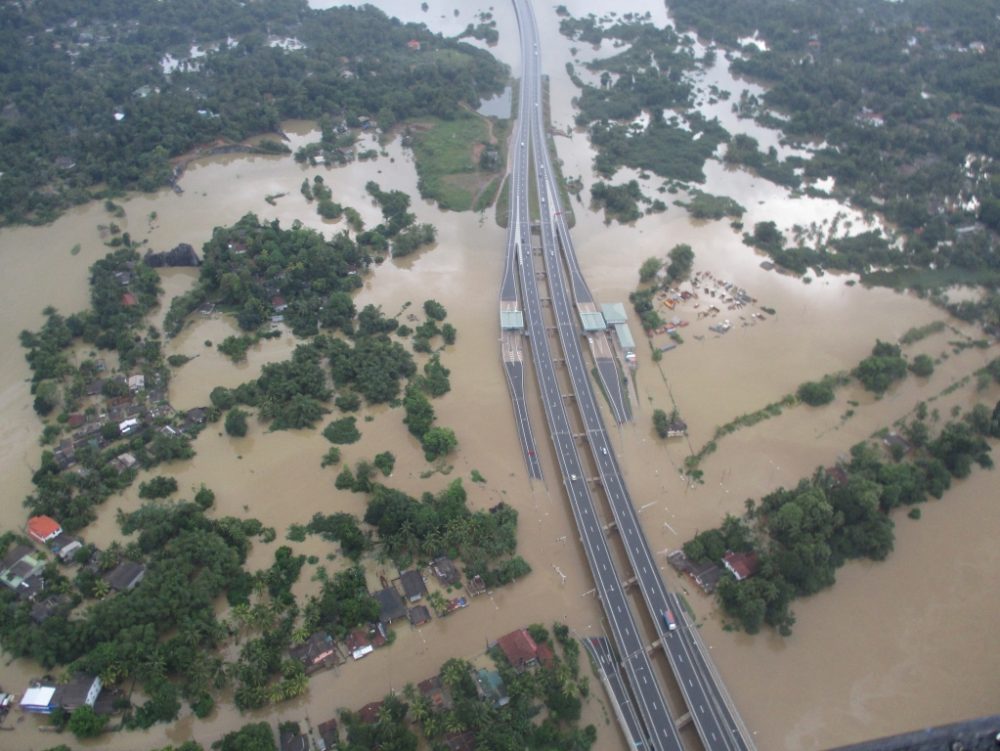 #FloodSL @UNOCHA Report: Most safe locations are classrooms. Schools will have to to be cleaned/repaired before education can recommence.

Noticed offers of help for A/L students- what about study material for Gr.5 scholarship kids affected by floods/landslides? #FloodReliefLKA

Situation as of Monday morning:

#India: Risk of storms returning to the northeast and #Bangladesh. More rain at times in western #SriLanka. Nick pic.twitter.com/YUYZkbZemz

WHO and UNICEF support:

Anyone in need of meds, dry rations, Clothes or sanitary products near or around Gampaha area urgently? #RT #Lka #FloodReliefLka

Crowdfunding campaigns aimed to help victims of flood. Glad to see many of them surpassing goals! #FloodReliefLKA pic.twitter.com/j7LJR8DTAt

The only good thing to come out of all of this:

A bit of rainfall forecasting:

Illegal constructions along Kelani to blame:

Back to school, folks:

All schools to reopen tomorrow except 52 in Sabaragamuwa https://t.co/TWZ4wDuu4w #LKA #SriLanka

More help from the US:

South-west monsoon is on his way towards Sri Lanka within next few days. pic.twitter.com/50IdaVJXCk

This is an extract from the disaster management center srilanka . This is the requirement ….… https://t.co/QVmLRDZ8UL

So many people are taking so much effort to volunteer and help. But lack of centralized coordination will result in inefficiency. #floodSL

In case your engines were inundated:

Automobile engineer Lal Alawatte says that flooded vehicles should not be started if the engine remains below the water. #FloodSL

The Air Force in action:

#SLFloods : props to our Air Force. Some images from the SLAF in action, courtesy Air Force media. pic.twitter.com/A85NVRMq5M

Kalu Palama in Wellampitiya under water. Floods are receding, but some streets are still inaccessible. #FloodSL #lka pic.twitter.com/zf6c7UbcpS

Anyone needs a carrier to get their vehicles out of flooded areas..
Call Nimanka: 0717417939
Pls share the message to anyone who is affected

A very important message to all volunteers who went into the water #FloodSL #Lka pic.twitter.com/smps3OIh7E

Met.Dept: Showers/thundershowers in sea areas from Puttalam to Pottuvil via Colombo, Galle and Hambantota #FloodSLhttps://t.co/xF3czyWknD

Colombo flooded due to illegal constructions beside the Kelani river: Irrigation Dept. https://t.co/wqgXtOCctM

We are still in need of the following items to pack and send out: