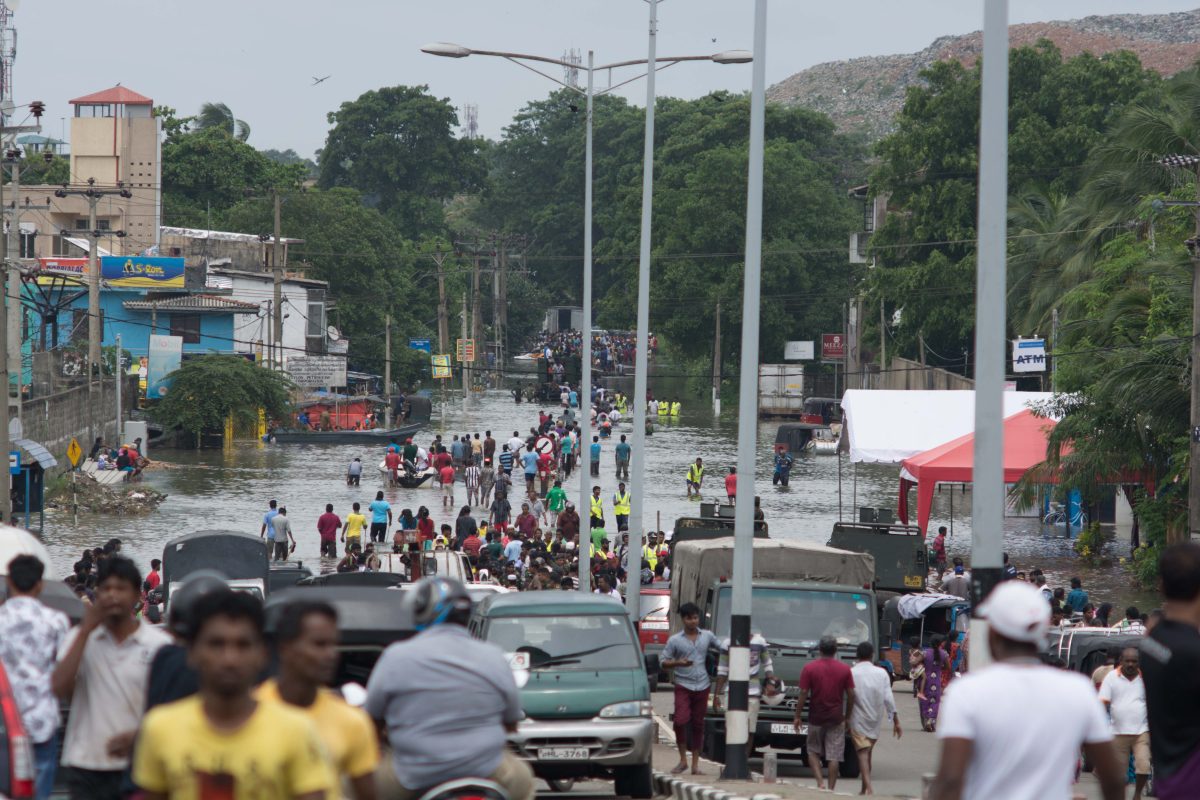 The Wellampitiya area was one of several places affected by flooding in Colombo, during the recent rains which caused the Kelani river to overflow. We visited the area today (May 19) to assess the situation on the ground. Many homes were reported submerged in water, and families had been evacuated to temporary shelters.

Here are scenes from the highly populated, flood affected town of Wellampitiya.

Residents assess the flooding, from the safety of a bridge.
Flooded all the way.
Rescue workers help residents evacuate to escape floods.
Residents and rescue workers lift a boat on to the water. Many boats have been required yesterday and today to bring people from flood affected areas to safety.
Two military officials oversee rescue efforts. The tri-forces have been deployed across the island to assist in flood and landslide rescue operations.
Portable toilets have been set up to cater to the needs of those who have been temporarily displaced by flooding.
A boy carries a younger child as they wade through the flood water.
An elderly couple do what they can to safeguard their property.
Up on the roof: one way to escape the flooding.
Two women wade through water that is nearly waist high.
An elderly woman is escorted to safety.
A man carries a young child as they wade through the water.
Many roads in the area were completely under water.
When it’s time to run, you salvage what you can.
Nearly knee-deep in water.
Obey (and evacuate).
Two young boys wade through the floods. Among the several government warnings issued today was one from the Health Ministry, warning the public that exposure to flood water could pose a risk of disease.
Garbage, collected and carried away by flood water.
Nothing to be done but take off your slippers and wade to a safer spot.
Scores of residents flee the floods to get to higher ground.
An elderly man looks out over submerged houses, from the safety of a rooftop.