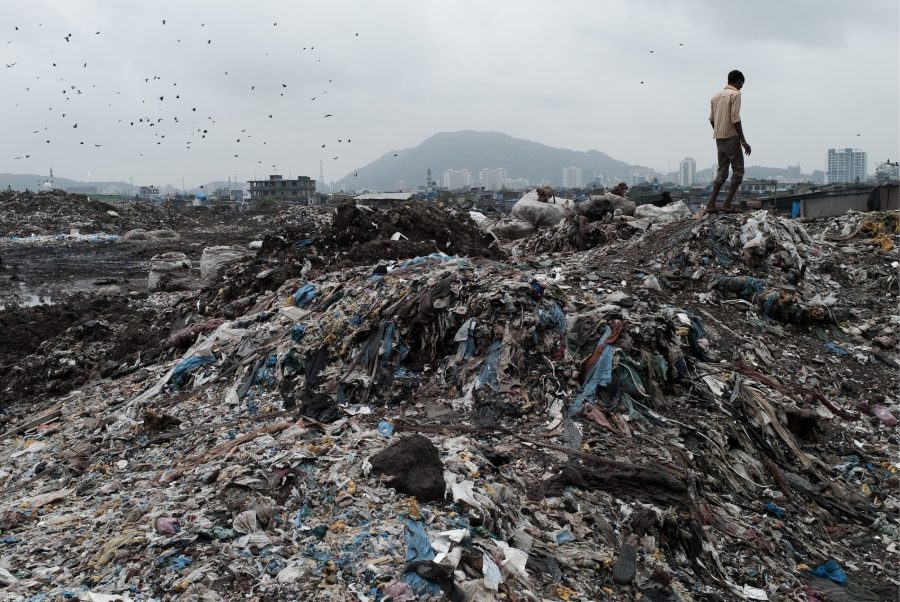 Garbage disposal has been a longstanding issue for as long as the city of Colombo has existed, it would seem. As tall as our buildings go, the mountains of garbage seem to follow suit.

The Meethotamulla dump site has been in use as the designated dump site for so long that it has become unusable due to it’s height, pungent odour and various environmental hazards. In response, the Megapolis and Western Development Ministry has devised a plan to transfer the Kolonnawa garbage to a landfill in Puttalam.

This project, however, has yet to begin.

Colombo’s garbage dumps are a problem that went out of control a long time ago. Image credit: geosrilanka.wordpress.com

In the meantime, in an attempt to combat the issue of garbage disposal, the Colombo Municipal Council (CMC) launched a new solid waste collection and recycling process last month ‒ a programme which, for some reason, doesn’t seem to have received much publicity.

The problems associated with Meethotamulla dump site is hardly news to anyone living in Colombo. After the floods that wrecked havoc in May, the garbage became a bigger issue for those living in and around the Kolonnawa area.

At present, an estimated 700 tonnes of garbage is collected from the city of Colombo on a daily basis. Speaking to Roar, former Colombo Mayor A. M. Muzammil said that this massive accumulation of garbage is one of the biggest problems Colombo is facing, on which the CMC spends an estimated Rs. 1.5 billion.

In an attempt to resolve this issue, therefore, the CMC launched the new Solid Waste Management Programme. According to the former Mayor, while “it might not completely eradicate the problem immediately, it will help bring it under control and that’s the most we can hope for at the moment.”

The city of Colombo has long since been in need of an improved solid waste management system. Image credit: sundaytimes.lk/Indika Handuwala

In an attempt to decrease the amount of garbage collected at the end of each day, the CMC launched this programme with the intention of managing garbage that can be recycled or reused. The plan, therefore, is to collect all ‘sorted’ or ‘unsorted’ garbage; sorted being the recyclable garbage, while organic waste is unsorted.

According to this new Waste Management Project, it is compulsory for all citizens and establishments in Colombo, be it households, apartments, hotels, or restaurants, to sort their garbage before handing it over to the garbage collectors.

Eng. Yogarani Sylvester, Director Engineering of Solid Waste Management, said that the CMC will distribute two million waste disposal bags to approximately 650,000 citizens in the city and businesses to get them involved in the waste management process.

How Do We ‘Manage’ The Waste?

Basically, people have been asked to segregate their organic and inorganic waste, which will be collected separately. Inorganic waste (some of which may be recyclable) will be divided into four main categories: coconut shells, cardboard/paper, plastic/metal, and glass.

The recyclable items include paper, cardboard, polythene, plastic, plastic bottles, glass bottles, metal items, empty yoghurt and ice cream cups, rubberized items, and coconut shells. The contents in the bag will be recycled by the CMC.

“We are conducting a door-to-door awareness campaign asking residents to adhere to this,” she said, adding that “residents are asked to hand over only their organic waste to the CMC lorries. Inorganic waste will be rejected.”

Where Will The Waste Go?

If all goes according to plan, the city’s waste paper will be recycled instead of just dumped with the rest of the garbage. Image credit: recyclingworksma.com

The inorganic waste will be collected by the compartment tractors with the intention of recycling and reusing. There are around five or six “senders” who will collect this inorganic waste according to their category and function.

“We will be sending these particular categories of inorganic waste directly to their respective segments,” Sylvester said. “For instance, there are plenty of paper recyclers and companies who recycle metal, plastic etc, who will be recycling the  inorganic waste,” she explained..

The organic waste, meanwhile, will be collected by the compactor trucks as usual. Sylvester added that it will be sent to the normal dump as the Puttalam project hasn’t begun as yet.

To Whom Does This Apply?

The residents of Colombo alone aren’t accountable for their garbage. According to Sylvester, any business owner, especially those who handle apartment buildings, companies, and hotels, will be held responsible.

Furthermore, the CMC has also made sure that future large scale apartment buildings too will follow this programme. This step was taken mainly because many high-rise buildings are cropping up all over Colombo.

“We have also introduced a new system, where the business owners who are about to build a new building must get the solid waste clearance when they are submitting plans for approval,” said Eng. Sylvester.

Is There A Penalty For Not Abiding By The New Rules?

The only penalty citizens of Colombo will have to face if they fail to follow this programme is that the CMC will refuse to collect their waste from their homes or businesses – which, if anything, is enough incentive. .

All This Is News To Me ‒ When Did This Start, And Where?

Although the solid waste management programme officially commenced on the June 1, Eng. Sylvester said that it was carried out under the previous government as well.

“This solid waste management (system) is nothing new. It was carried out earlier. However, with politics coming into play, waste management took a setback and the plan was abandoned. This year, in January, we decided to reimplement this plan.”

This segregated waste is now being collected on a weekly basis from certain areas in Colombo.

“The separated waste is collected once every two weeks,” the Director said, adding, “We will be collecting the waste from all of Colombo soon enough.”

Seven hundred tonnes of garbage a day is no joke – especially not for those living in the area. Now that the CMC finally seems to have pulled up their socks, here’s hoping the rest of Colombo, and hopefully the country, follows suit.