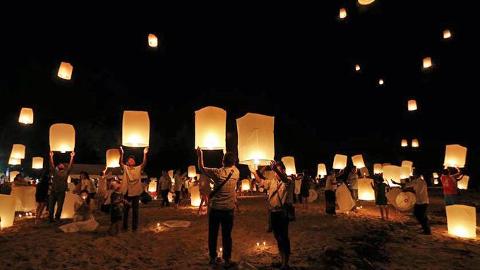 The Good, the Different and the Questionable Highlights of Sri Lanka In 2014

The year 2014 saw laughter, tears, celebration, devastation and change in Sri Lanka in a monumental fashion. From a World Cup win to a Common Candidate in the Presidential Elections and from floods to landslides, Sri Lanka has been through the grinder this year.  Did the positives outweigh the negatives or did we all just have our lives shaken around?

We have curated a list of the most significant events that happened this year and you can be the judge. At last the long-awaited win for the Lankan boys against the Indians and once again, saw Sri Lankans united in celebration all across the country. Will this make us forget the 1996 Wills World Cup? Of course not.

Aluthagama – The Beginning of the End Religion clashed heavily in Aluthgama with violence flaring up between the Muslims and the Buddhists. Leaving several dead, a lot more injured and numerous establishments being torched, a war between the people of Sri Lanka was once again arose. Haven’t we learnt anything from the past 30 years? The recent food drama aside, Arcade, the new shopping mall offers a variety of shops, restaurants and a luxury cinema including Tommy Hilfiger, FCUK and Burger King. Stop by for a selfie with the water edifices or for a good rainy day stroll.

In tune with the rest of the world, Sri Lanka was also taken over by the ALS Ice Bucket challenge and Sri Lankan personalities were seen being soaked in iced water. Not only did people donate to ALS, but they donated water and money to the draught victims of Sri Lanka as well. During this time, we did a roundup highlighting the most significant Sri Lankans that went all out with the challenge.

Following the devastating 24 year break, due to the Civil War, the Yal Devi train arrived in Jaffna on the 22nd of September carrying President Mahinda Rajapaksa. This was a significant step in reuniting the country by giving means for people to go back and forth from the North to the rest of the country. Simple really.

We all who live here or visited, know that Sri Lanka is the greatest country to travel around, and this year around Forbes thought so too. We are not the ordinary ‘best’ or ‘most exotic’, we are one of the ‘coolest’. How cool is that!

Death, Destruction and Loss under a Landslide The heavy rains in Sri Lanka caused a landslide in October, in Haldummulla leaving over a 100 dead and over 200 missing (numbers may vary). The landslide destroyed about 150 houses and the depth of the mud was about 9 metres (30 feet). Help poured in from the entire country and the military was dispatched to rescuing victims of the landslide. During these hard times is when we understand how a little help goes a long way.

Photo by AFP, via AsiaOne

Sri Lankan politics surprised the citizens of this lovely country as well as the President himself when Maithripala Sirisena, the former Minister of Health, put himself forward as the Common Candidate for the upcoming Presidential Elections. Whatever the result maybe, this is a great stir-up of the rut the politics we are at. The highly entertaining banter between the two side and some brilliantly quotable statements from the two opposing candidates are keeping everyone at the edge of their seats. Let the games begin!

End of an Era – The Great Partnership of Maiya and Sanga It was a sad day watching Mahela Jayawardene and Kumar Sangakkara playing their last match on Sri Lankan soil, at the packed Premadasa. However, the brilliant win against England and knowing we’ll still be able to witness their bromance on the pitch in the next World Cup is a little bit of a solace.

No more learning wrong Sinhala and getting shouted at by tuk drivers. The significance of this virtual event? This will open up further communications between people from all over the world as well as in our own country. Furthermore, it’s a brilliant way of getting our unique language out into the world! Oh yes, we exist! It’s been 10 years since the devastating Tsunami hit our shores, which destroyed the lives of more than 226,000 people in 14 countries.  Sri Lanka lost over 23,000 people and over 12,000 were displaced. Even after rebuilding for ten years, the destruction of that day is still fresh in our minds as some lives never returned to normal.

As we wrap up the year with anticipation for 2015, we hope that Sri Lanka and its beautiful people will find unity, happiness and success in everything we do.  Here’s Team Roar wishing you all the goodness, all the success and a very Happy New Year!