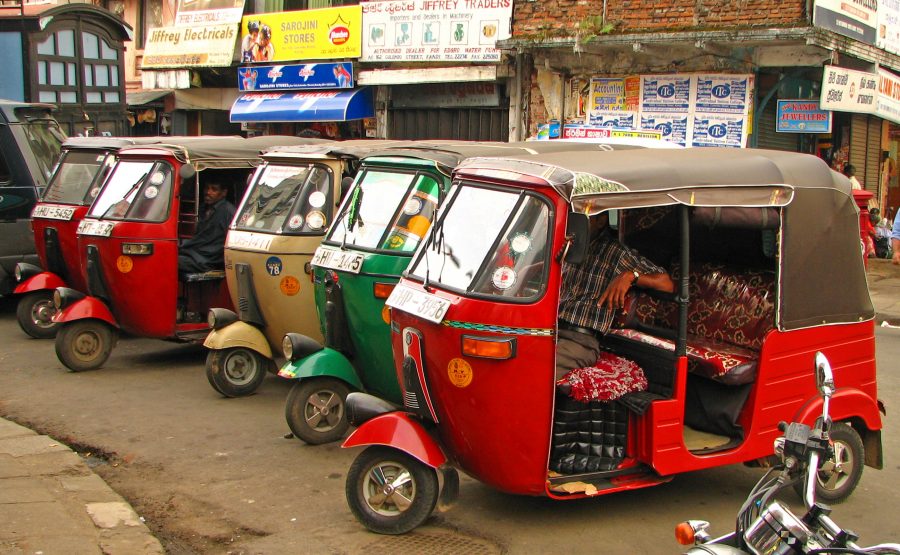 In yet another bid to standardise passenger transport for Sri Lanka’s most frequently used modes of transportation, Roar learns that a new licence to all three-wheel drivers is in the pipelines to regulate the service throughout the country.

While the earlier regulation, which called for the mandatory use of meters in the Western Province, is quite straightforward, issuing a licence can often bring some questions to mind, especially if you are in the profession. What does this mean for three-wheeler drivers? Would they have to pay an extra fee in order to receive the licence? And how does this benefit passengers?

Deputy Minister of Transport and Civil Aviation, Ashok Abeysinghe, told Roar that discussions regarding the issuing of licences are still ongoing, but that the Government hopes to implement it in the near future.

What Sort Of Regulation Are We Talking About?

Currently, Sri Lanka lacks a proper regulatory system to regulate and maintain three-wheelers because there is no official institution responsible to overlook this function. Spokesperson for the All Island Three Wheel Drivers and Owners Association, Sudil Jayaruk, said that the Association has made several requests to the Government asking for a proper regulatory body and proper training for drivers.

“Many young boys often leave school and enter the three-wheeler profession. They do so without proper training or information and they lack discipline and focus. This needs to change,” he said.

Deputy Minister Abeysinghe confirmed this statement, saying that most boys who are school-leavers take up this profession because it is more convenient than pursuing jobs in the private sector.

According to the Deputy Minister, “a total of one million, forty thousand three-wheelers currently run on the streets of Sri Lanka. Of that, we are currently discussing a procedure where we will provide proper training and issue a Passenger Transport Licence for those who will enter the profession,” he said.

Furthermore, he added, “Although we say there are over one million three-wheelers in the country, at least 800,000 three wheelers run on the streets transporting passengers. We want to create a system where when a passenger gets into a vehicle, they will know for sure whether the three-wheeler is suitable to transport passengers, or not.”

Abeysinghe said that the Ministry of Transport and Civil Aviation is currently discussing the particulars of the system, before proposing it to the cabinet for approval.

“We also want to provide training to those who enter the profession. The majority of the tuk drivers these days are without any sort of prior training,” he said, adding “our plan is to train them properly, and issue a licence. This licence will carry the letters ‘PT’ the abbreviation of ‘Passenger Transport’, ensuring the passenger that they are in safe hands.”

What Will The Licence Entail?

According to Abeysinghe, the plan is to “make it clear which three-wheelers are meter tuks and which are not. The customer can then decide whether they will want to take a three-wheeler without a meter or one with a meter.”

In addition to this, the driver’s identification card with the driver’s photograph will be on display for the passenger to clearly see.

“One fact we looked into in order to regulate this was passenger safety and satisfaction. There is no point in putting up laws where a three-wheeler can carry only three passengers at a time because, most of the time, they don’t follow it. But if we implement a proper system for this, where the licence can only be obtained if the rules are followed effectively, the chances of breaking those rules are low,” he the Deputy Minister said.

He also explained that the new regulation will make it a priority to address the issue of the lack of proper training.

“We have also decided to carry out discussions with the National Council for Road Safety, and the three-wheeler organisations, in order to provide professional training in other skills. This will allow them to opt for a different profession as well, instead of being stagnant as a three-wheeler driver,” said Abeysinghe.

While this particular form of regulation is yet to be implemented, he said that discussions are underway, and the Ministry will soon present this idea to the cabinet.

“We need to first speak to the three-wheeler unions and committees. They seem to have reservations about additional costs, and such. Next, we have to discuss the matter with the relevant provincial ministers. After discussing this at length, we will propose it to the cabinet,”  he said.

What The Tuk Drivers And Commuters Say

Given how recent the proposal to regulate three-wheelers is, many drivers have not heard about it yet – but responses to the idea have been fairly positive. Image courtesy travelsonataincmajor.com

Roar reached out to three-wheeler drivers and commuters to find out how they feel about the proposed regulation.

Like most three-wheeler drivers we spoke to, Premasiri, a tuk driver operating in the Nugegoda area, said that he didn’t know anything about this, but that they wouldn’t mind as long as the regulation was favourable to them.

“We haven’t received any word of this yet, but as long as the Government doesn’t exploit us, we don’t mind some sort of regulation.”

Nimal, however, a tuk driver operating near the Asiri Hospital on Bernard Soysa Mawatha was not so positive.

“We don’t know anything about this, but I don’t think this is a good idea for us (the tuk drivers). This sounds like another way for the Government to bleed some more money out of us.”

Dushmantha, a three-wheeler driver who has been in the profession for only a month or so said that this would be good as long as there is no harm to the people in the service.

“This is by far the easiest job one could get, if they know how to handle the vehicle and have a basic knowledge about navigating through the city. And that is exactly why so many people do it. Also, a lot of people use three-wheelers [as a mode of transport]. So if the Government has plans to regulate it, it better be worthwhile. If not, they should not do anything at all,” he said.

Many commuters are also of the view that three-wheelers need proper regulation.

According to Safaa Wadood ‒ a university student ‒ regulation is necessary simply because some three-wheeler drivers have a tendency to over-charge commuters, while others lack proper driving skills.

“They either try to steal as much as they can from you by jacking up the fares, or they try to kill you by running you over on the road. They always have various excuses to increase the fare and they possess reckless, daredevil driving skills. They think they are above the law and its about time they are regulated,” she said.

Meanwhile, Kumari Perera, a stay at home mother, said that regulations are necessary especially if it means safer travelling.

“I send my children to school alone in a three-wheeler. Of course, I try to get a driver we know, nearer to our home. But sometimes, when the children get late to wake up, I have to send them in one I don’t know. If these so called regulations do see the light, it will of course be safer for everyone,” she said.

The regulation of public transport vehicles, especially something as popular as the three-wheeler, is necessary if the Government wishes to guarantee standardisation within this sector.  However, three-wheeler drivers may have several doubts and reservations regarding this. The All Island Three Wheel Drivers and Owners Association questions if this is another way for the Government to charge more money. On the other hand, they also said that if such a regulation is implemented, the industry could flourish, with better-trained drivers and satisfied customers. Only time will tell if these regulations will bring about a noticeable (positive) change, so here’s hoping for the best.