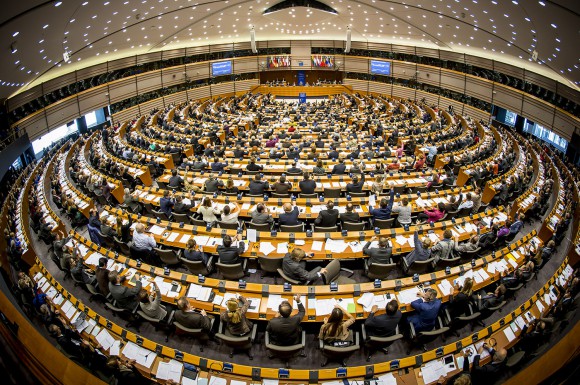 Seven years after it was withdrawn citing concerns over the country’s human rights record, Sri Lanka is poised to once again be granted the Generalised Scheme of Preferences (GSP) Plus trade concession, as a last minute motion opposing the bid was convincingly defeated at the European Parliament in Brussels yesterday.

In a highly anticipated diplomatic win for the country, a motion for a resolution submitted by some 52 Members of the European Parliament (MEPs) proposing that GSP+ should not be granted to Sri Lanka was defeated by 436 members voting against it while 119 voted in favour, with 22 abstentions. Yesterday’s result all but secures the long-withheld concession proper, which is widely expected to go Sri Lanka’s way when the Council of Ministers takes it up in mid-May.

Despite some quarters cautioning against premature celebrations, an upbeat Deputy Foreign Minister, Dr. Harsha De Silva, speaking to Roar on the sidelines of a press conference today (April 28) expressed his confidence that Sri Lanka will come through unscathed.

“We have won that vote (on the motion for a resolution). The time to file objections for a vote has now passed. What now has to happen is for this result to go to the Council of Ministers which will take place somewhere between May 11 and 15,” said Dr. De Silva.

When asked if it was guaranteed that the Council of Ministers will make a decision in Sri Lanka’s favour, he told Roar: “There is nothing guaranteed in this world, is there? But we don’t expect any issues there. It’ll be okay.”

If all goes according to plan and Sri Lanka does end up being granted the trade concession, the country will once again have import-duty free access to the 28-member European market (including the UK) for a number of goods and services.

“Middle-income countries like Sri Lanka can export up to 6,600 goods to the European market with zero import duty,” said Dr. De Silva, addressing the media at a hurriedly put together press conference at the Ministry of Foreign Affairs in Colombo.

When Sri Lanka last had access to the GSP+, said the Deputy Minister, Sri Lanka’s exports as a percentage of GDP was at 34%, but by 2014 it had dropped to less than 14%.

“Europe is our most important market. When we had GSP+ last time, our exports to Europe exceeded exports to the US. But once we lost it, it changed drastically. And it was suburban women who suffered the most. In garments alone we lost about 100 to 150 million euros a year,” he said.

The Government of Sri Lanka (GoSL) has been working overtime since the resolution was put forward, and now that the vote has been decidedly won, it is a matter of time till the concession is formally granted to the country.

“We expect to get it on May 15. Then there are some procedural matters, after which we will get it,” Dr. De Silva told journalists.

Chief Economist at the Ceylon Chamber of Commerce Anushka Wijesinha is also confident that the outcome will be favourable to Sri Lanka.

“The European council is likely to take its cue from the EU parliament vote. I can’t imagine any surprises,” Wijesinha told Roar.

“This is a big boost for our exports to the EU, and comes at a good time on two counts ‒ Sri Lanka’s exports in general have been flagging and really affecting our foreign currency position; and EU economies are beginning to show signs of steady recovery, so the demand conditions are likely to improve,” he added.

According to Wijesinha, apart from apparels, sectors such as food processing, fisheries, wood products, toys, rubber products, porcelain, and ceramic ware will all benefit from GSP+.

Exports are expected to get a boost if the promised GSP+ concessions materialise – Image courtesy lankabusinessonline.com

“We have to now use this window to boost competitiveness of our exports. We cannot afford to be complacent. We would only be eligible for this concession for another 5-6 years,” he said.

More broadly, said Wijesinha, the whole process of making the case for re-granting GSP+ to Sri Lanka has shown the importance of diplomatic engagement.

“It’s not easy, but we cannot afford to disengage. That’s the mistake we made when we lost it. We chose to disengage,” he said.

Countries such as Pakistan and the Philippines, where there were some concerns, managed to engage with the EU and retain their GSP+ concession. The arrogance displayed by Sri Lanka at a time when it needed to play ball, according to Wijesinha, proved to be costly for the country’s exporters and the livelihoods of people who depend on it.

“We can have our own beliefs on whether this concession is overly political or infringes too much. But the fact remains that if we want to play in the special field offered to us, we need to play by the rules on the table. We cannot walk out to the field and say, ‘yeah we want to play and have all the fun, but we don’t want the rules; we’ll make up our own,’” he said.