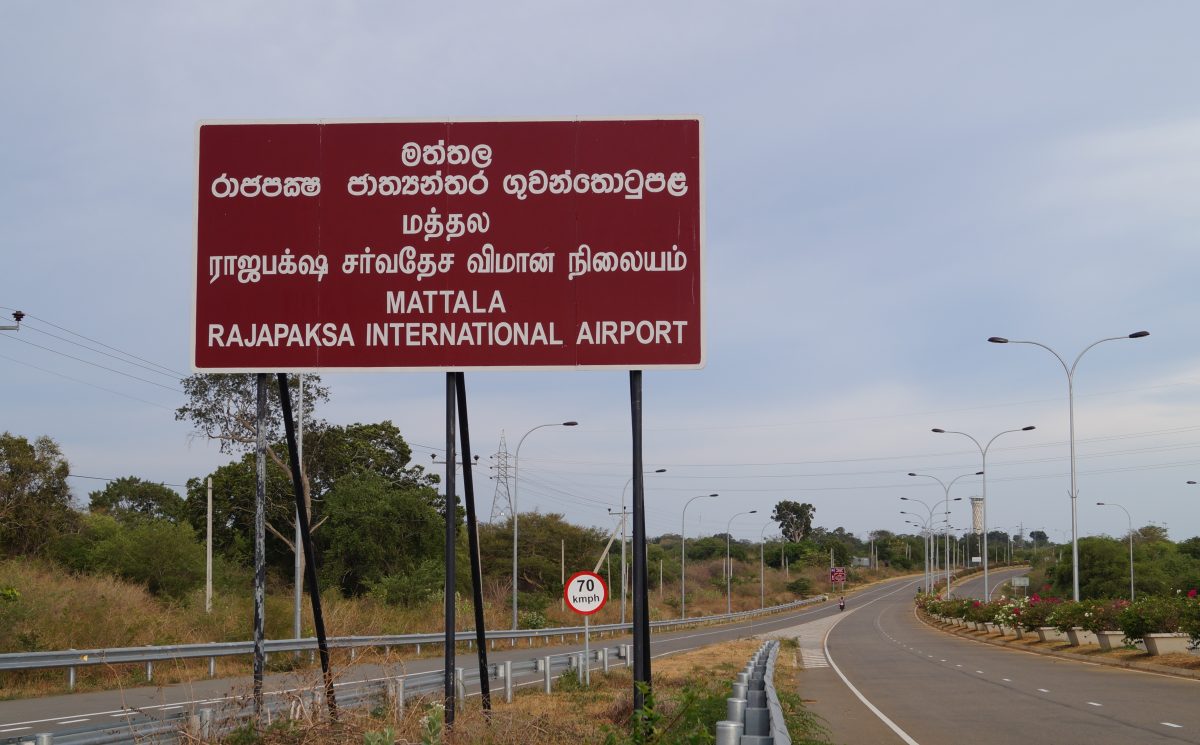 The Government of Sri Lanka, riddled as it is with a crippling debt and balance-of-payment crisis, has in desperation decided to sell 80% of the USD 1.5 billion Hambantota deep-sea port to a state-owned Chinese company. The deal is expected to be finalised in just five months, earning the country USD 1.1 billion. The idea is to ease some of the debt Sri Lanka owes to China (to the tune of a cool USD 8 billion) through this sale by way of a proposed equity swap with the Chinese government. And it won’t be just the port. Management of the Mattala Airport too will be handed over to a separate Chinese company in the coming weeks.

On top of these, there is the proposed 15,000 acre industrial zone to be built near the Hambantota Port that China has also called dibs on. Land for the project is expected to be allocated up to Monaragala or Embilipitiya. Sri Lanka hopes this special economic zone (SEZ) will, among other things, generate a million new jobs.

80% of the Hambantota Port is to be sold to the Chinese. Image courtesy Daily News

While none of this is necessarily bad news, China’s growing influence on Sri Lanka’s economic trajectory and the Government’s seemingly rash decision to sell off such a large stake of the port, largely useless though it has been, is cause for concern for some. The conflicting statements made by the two parties with regard to borrowing is not helping matters.

Speaking to the media earlier last week, a bemused Chinese Ambassador Yi Xiangliang denied allegations made by some members of the Government that Chinese loans were expensive.

“Concessional loans were at 2% interest and some commercial loans were at 5%. This is the standard applied when China supports developing nations. Such financial support from Beijing is despite Chinese firms having to pay higher for their borrowing,” Xianglian was quoted as saying.

“If interest rates were expensive, why seek more engagement with China?” he asked.

“I reject his statement. I am not the Chinese Finance Minister; I am the Sri Lankan Finance Minister. I cannot help it if corruption is being exposed now. We are making every effort to reduce the rates. If China is clean, then why are they concerned?” a visibly annoyed Karunanayake told journalists.

“We have taken loans at a 2% interest rate from institutions like ADB, IMF, World Bank and JICA,” he added.

Making The Best Of It

According to Central Bank Governor Dr. Indrajit Coomaraswamy, the deal is more a sale than it is a debt-equity swap.

“The port is not a debt-equity swap, it is more a sale where we receive the money outright but the Government continues to service the debt,” he told the media on Thursday.

However, Dr. Coomaraswamy expressed his cautious optimism that the injection of wealth into the country’s economy via the sale of the Hambantota Port and Mattala Airport will help strengthen the rupee and stabilise local interest rates.

“I’m hoping the Government will use the cash to retire domestic debt, stabilise the currency and internal interest rates,” he was quoted as saying.

The Mattala International Airport has been called the emptiest in the world. Image courtesy Daily News

Left-leaning economists like Ahilan Kadirgamar, however, have questioned the long-term benefit of such a sale.

“The Government can raise revenue through these kinds of equity swaps, but it’s just a one-time gain,” he said on Thursday.

Revealing the Government’s plans to go into a public private partnership (PPP) with Chinese companies vis-à-vis the management of the port and airport, Prime Minister Ranil Wickremesingherecently told a gathering of engineers in Colombo recently that the revenue generated will be added to the official reserves. The two transactions, according to Wickremesinghe, would constitute non-debt creating FDI inflows which will help increase unencumbered official reserves significantly.

“Such reserves would have a more favourable impact on stabilising the exchange and interest rates than building up reserves using borrowed sources. The increased reserves can also serve as a useful cushion in the context of the expected increase in US interest rates and other global financial market development,” he said.

Calling it a once-in-a-lifetime opportunity, the Prime Minister said Sri Lanka must make maximum use of it.

The Yahapala Government’s dilemma with regard to Hambantota has been an unenviable one – Image courtesy omlanka.net

China’s initial response to the possibility of an equity swap, when Prime Minister Wickremesinghe first proposed it in April this year, was lukewarm at best, citing a legal roadblock that prevented the Chinese government from directly engaging with other governments in such a swap. This time around, however, China has expressed its willingness to go to a PPP with the Sri Lankan government through state-owned Chinese companies. The Government, it appears, is all too eager to take the deal, in the face of an impending crisis.

Whether or not these monumental decisions will be in Sri Lanka’s best interest remains to be seen.

What are your thoughts on the next phase of the Hambantota project? Feel free to let us know in the comments.