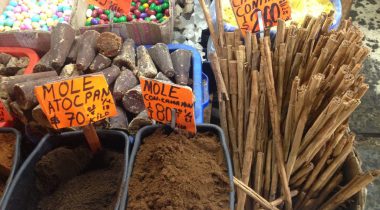 In 711, a force of 7,000 Berber horsemen, commanded by Tariq Ibn Ziyad, crossed the narrow strait (“of Gibraltar”, named after him) that divides the Iberian peninsula from Africa. Within a few years he had conquered Spain. The Berber tide seemed unstoppable, until it came upon the shield-wall of the Frankish infantry at the Battle Tours in 732, causing it to ebb, back behind the Pyrenees.Tariq’s forces spearheaded, in the West, the forces of Islam, which had exploded out of the Arabian peninsula in the 7th century, conquering North Africa, with the aid of newly-proselytised Berber nomads – after whom Muslims were, generically, named “Moors”.

The ancestors of these Berber horsemen swept through Iberia

The Roman empire had long since disintegrated before the onslaught of migrating hordes of Germanic tribes, two of which, the Visigoths and Vandals, conquered Iberia and much of North Africa.  While the Roman Empire continued in Byzantium (now Istanbul) in the East, its control of trade in the Arabian Sea collapsed with the Persian conquest of its provinces in Syria and Palestine. Arab merchants filled this vacuum and moved in on the lucrative spice trade.

The collapse of Roman civilisation had seen a reduction in the use of spices in Western Europe. The rise of Islamic civilisation saw it return. The received wisdom continues to be that returning crusaders brought home spicy levantine cookery books, but that appears not to have been the case.

Together with the fall of the Roman Empire, much of the knowledge of the Hellenistic world disappeared from Europe, mainly because the new generations knew no Greek. However, the Muslims took care to preserve the ancient learning, of both Orient and Occident. Then the “First World” to Europe’s “Third World”, the Muslim regions were looked up to for scientific knowledge – which trickled down slowly to the West.

The Muslims preserved the medical knowledge of Hippocrates, Galen, and other Hellenic physicians, which, modified by Indian and Chinese medicine, came to be known as Yunani (Ionian).

Jong Kuk Nam, who teaches at South Korea’s Ewha Women’s University, has explained how spices became popular again, mainly due to their use as medicine. The humoral theory underlying Yunani depends on the balance of the body with the universe. According to this theory, the balance of the four humours, blood, yellow bile, black bile, and phlegm (similar to the Ayurvedic doshas: vata, pitta, kappha), each having its own qualities: cold, heat, wetness, and dryness.

The health of the body depends on what it ingests and excretes – too much cold food induces phlegm. Cold and wet European foods enhanced the phlegm-inducing, cold, wet European climate, requiring hot, dry food to correct this imbalance. Asian spices fitted the bill.

Analysing mediaeval European medical textbooks, Jong found that Asian spices were used particularly for curing diseases of damp and cold. Furthermore, he found that the Europeans believed that these spices came from Paradise, or somewhere close, which made it even more desirable, since their origin made for miracles and longevity. A dose of status symbolism enhanced its appeal: doctors prescribed spices for rich patients, European herbs for poor ones!

When the Black Death, an epidemic of bubonic plague, broke out in France, the University of Paris advised people to burn spices and incense; to wear incense pouches filled with spices, including cinnamon; to use spices, such as cinnamon, in making sauces; and to cook all meats in a soup of cassia, cinnamon, wine, and vinegar. This undoubtedly helped make cinnamon quite popular, especially since canny Arab merchants let it be known that it came downriver from Paradise.

Apart from medical technology flows, simple proximity caused European cuisines to adopt Levantine dishes, especially since large regions, such as Spain and Sicily, had been conquered by Muslims. After all, even that most Italian of foods, pizza originated in Lebanon.

And along with the recipes, came spices. The closer they were to “Moors” the more likely were Europeans to use spices.

Although French chefs loved to use a mixture of cinnamon and ginger, cinnamon appeared in fewer than a tenth of all English mediaeval recipes. These included the recipe used by the cooks of the 13th-century monarch Richard II, for a “dainty Italian sauce”, to be served with such tasty birds as herons, egrets, cranes, plovers and so on:

Translated into modern English, this reads:

Take raisins of Corinth (Zante currants) and kernels of nuts and crusts of bread and powder of ginger, cloves, cinnamon powder, pound it well together, add salt and temper it up with vinegar, and serve.

The European region most affected by Arab culture was Iberia, at least partly Arab for nearly 800 years, from the time of Tarik. The “Moors” influenced everything, from the language – Portuguese, which has been called Arabised Latin, uses oxalá for “I wish”, derived from the Arabic Inshallah, “God willing”  – to cookery books. Spanish cuisine is essentially Moorish, even that most Hispanic of dishes, Paella. 125  of about 200 recipes in the Libre del Coch, the cookery book of the King of Naples’ Catalonian chef “Master Ruperto of Nola”, called for the use of cinnamon.

The last “Moors” were only chased out of Spain in 1492 – the year Columbus blundered into the Americas, looking for the famed spice islands. In the wake of Columbus arrived thousands of Hispanic immigrants.

“The Spanish who came … to the Americas,” says New York-based Mexican chef Roberto Santibañez, “were more Moors than the people we now know in Spain. We’re very different people who had different techniques for cooking, different ways of eating, and who used all these other spices and stuff that for the past 500 years were taken out of the diets of the Catholicised peninsula…”

No doubt, the Portuguese and Spanish showed the greatest keenness on finding a new route to the source of spices, since they used such a lot of it. Muslim merchants dominated the trade, gaining vast profits from the high price differential. The quest for spices sent Vasco da Gama all the way around the Cape of Good Hope to India. Later, in typical Iberian style, Lourenço de Almeida bumbled into Sri Lanka.

Here, related João Ribeiro, and nowhere else, could be found genuine cinnamon, “the best in the world”; in great forests, stretching from Chilaw to beyond Dondra, which could provide sufficient spices to fill two or three thousand vessels every year. They didn’t, of course, but the potential existed, explaining Ribeiro’s vexation at losing the colony to the much more competently commercial Dutch.

Map of Portuguese possessions in the Indian Ocean, about 1550

However, before they lost the island, the Portuguese managed to ship off quite a quantity of cinnamon. A large part of it went, not to Europe, but to the Philippines, where the Spanish had established the western-most outpost of their empire. They not only exploited the islands themselves, they also established an huge entrepôt in Manila, for trade with China and the Americas.

In 1565, the San Pablo, a Spanish galleon, sailed from Cebu, in the Philippines, to Acapulco, in Mexico, with 50,000 pounds (23 tonnes) of cinnamon. The trans-pacific galleons later shifted their Asian terminus to Manila, shipping tons of Chinese lacquer work and silk, ivory and Sri Lankan cinnamon – brought thither by the Portuguese – to Acapulco in exchange for silver mined from the “Rich Mountain” of Potosí, in Bolivia. In all, about 650 million pesos went from Acapulco to Manila, worth about USD 86 billion today, in payment for Asian goods.

The Spanish shipped part of the cinnamon arriving in Acapulco to Spain, part of it to the rest of the Americas. However, a good proportion of it remained, to pleasure the Mexican palate. This is when the Mexican passion for cinnamon began.

Acapulco in the 17th century

Food Of The Gods

Mexican cuisine is a blend of indigenous, pre-Spanish food – such as beans, pumpkins, maize and tomatoes – with the traditional olive oil, wheat, meat and cheese of Spain and Moorish  almonds, rice and spices. It absorbed the Moorish spice culture, with important changes  – as in Sri Lanka, chillies took the place of pepper – and the availability of cinnamon via Acapulco made it an essential part of the Mexican spice rack.

“Cinnamon is now put in everything in Mexico,” says chef Santibañez. And that means everything. Typical is Atole, a maize-based drink, similar to congee (or kola kenda), made using water boiled with cinnamon sticks.

However, Mexico’s “culinary marriage made in heaven” took place between cinnamon and the  “food of the gods”, chocolate. For millennia, Central Americans used the native cocoa bean as money, and drank – or offered to their gods – its product. The Mayans played their sacred ballgame while imbibing in it. Knowledge of the drink passed to the Aztecs, who called it tchocoatl and, thinking it was the blood of the gods, used it to “purify” the victims of human sacrifice. The modern Mexicans, naturally, added cinnamon to it.

A Mayan king receives a gift of cocoa

They also added the cinnamon-flavoured chocolate to other things. The most famous of these is mole, traditional Mexican sauce, first whipped up, according to legend, by some nuns from whatever ingredients available to hand, when surprised by the visit of their Archbishop. Some moles don’t use chocolate, but almost all do contain cinnamon.

Mole for sale in Mexico

Consequently, today, Mexico consumes the world’s most true cinnamon. It imports an average of about USD 6 million worth of cinnamon each month, over nine tenths of it from Sri Lanka, still the world’s biggest producer of true cinnamon. Acapulco, now a tourist resort, may possibly be the best known to the island’s cinnamon industrialists, who depend heavily on the health of the Mexican economy – which makes US President Donald Trump bad news indeed!

Cinnamon sticks on sale in Mexico City, together with brown sugar cones and mole mixture

Theoretically, of course, the USA could substitute for Mexico as an importer of Sri Lankan cinnamon. It is the world’s biggest importer of what it calls “cinnamon”, importing 50% more than Mexico. The USA has over 54,000 Mexican restaurants and their cuisine is the third most popular menu type. 234 million Americans use Mexican food and ingredients, compared to 88 million who do not.

When it comes to cinnamon, however, a crucial difference between Mexico and its northern neighbour emerges. In 1937, the US Food and Drugs Administration (FDA), which is responsible for food standards, decided to allow cassia – Batavia cassia,(Cinnamomum burmannii), Chinese cinnamon (Cinnamomum cassia), or Saigon cinnamon (Cinnamomum loureirii) – to be identified as “cinnamon”. Cassia being much cheaper and prettier –  Americans often use it for Christmas decorations – than true cinnamon,  it became vastly more popular. Today, the USA imports more cassia from Indonesia than Mexico does true cinnamon.

Americans say, “as American as Apple Pie”, yet modern American apple pie is flavoured crudely with cassia, whereas, traditionally, true cinnamon provided the perfect, delicate spicy nuance. The same goes for “Mexican” food in the USA. “American Mexican” cuisine lacks the delicacy of true Mexican, because it uses the wrong type of cinnamon.

Apple pie not so American?

However, Sri Lankan cinnamon producers do have reasons for optimism. Europeans still tend to prefer true cinnamon, and there are signs that the US market is slowly changing. The health advantages of true cinnamon over cassia, as well as its more refined flavour, is causing a more health-conscious American public to wake up to the benefits of Sri Lanka’s ancient spice.