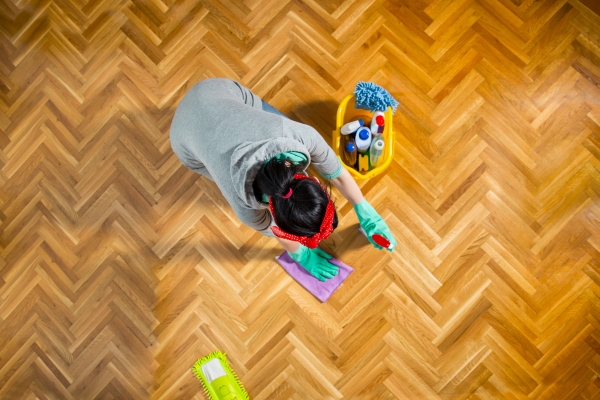 Three years ago, Sri Lanka sent a record 293,105 men and women abroad as migrant labour, and the number is bound to have increased today. Sri Lanka’s migrant workers are also known to be one of the biggest contributors of foreign remittance. During the latter period of last year, Sri Lanka earned USD 6.4 billion in foreign worker remittances ‒ a significant chunk of the country’s GDP.

Yet, migrant workers face many challenges when travelling to other countries for employment, the least of which involves having to adjust to a new language and culture. In many cases, workers have had little or no access to basic necessities. Sri Lanka has long since been dealing with issues relating to foreign employment, and it now appears that we have a very specific problem to tackle.

Last month, on two separate occasions, authorities were able to uncover human trafficking operations in Sri Lanka, raising concerns that this dilemma may be larger than we realise.

On November 16, the Sri Lanka Foreign Employment Bureau (SLFEB) uncovered a human trafficking racket which has had allegedly sent over 100 local women to the Maldives as sex workers.

Two Sri Lankan men, who were suspected of commandeering the long-running human trafficking racket, were taken into custody in Battaramulla after a sting operation carried out by Bureau officers. The two suspects were arrested based on the information received from a 35-year-old woman, who had fallen victim to the scam and later managed to escape and return to Sri Lanka. According to this woman, she had been lied to and recruited as a salon worker, with the promise of a Rs. 180,000 monthly salary.

During interrogation, the suspects however claimed that a majority of the women were aware of the true nature of the job, while others were given false information, such as being told that they were being sent abroad to work in salons.

Similarly, another human trafficking syndicate was busted in Malaysia on November 26, which pointed to over 30 Indian women and five Sri Lankans who had allegedly been sold for prostitution. According to reports, the racket was managed by a Sri Lankan and assisted by an Indian.

How Serious An Issue Is Human Trafficking In Sri Lanka?

Sri Lanka has been recognised as a source country for workers who have been subjected to both forced labour and sex trafficking. Image courtesy Human Rights Watch/Getty Images

The US Department of State Office to Monitor and Combat Trafficking in Persons notes that Sri Lanka is a primary source country for men, women, and children subjected to forced labour and sex trafficking.

According to the Office, men and women who migrate willingly to Kuwait, Jordan, Saudi Arabia, Qatar, Lebanon, the United Arab Emirates, Singapore, Hong Kong, Malaysia, and South Korea to seek employment as construction, domestic, or garment factory workers are often subjected to trafficking. Furthermore, the Office recognises that some Sri Lankan women are subjected to forced prostitution in Jordan, Maldives, Malaysia, Singapore, and elsewhere.

The Office’s 2016 report reads: “Before leaving Sri Lanka, many migrant workers go into debt to pay high recruitment fees imposed by unscrupulous labor recruitment agencies—most of them members of Sri Lanka’s Association of Licensed Foreign Employment Agencies—and their unlicensed sub-agents. Migrant laborers receive a monetary advance as an incentive to move abroad, only to be trapped in debt bondage upon arrival at their destination. Some recruitment agencies commit fraud by changing the agreed upon job, employer, conditions, or salary after the migrant’s arrival.”

The Office also reports that within the country, women and children are subjected to sex trafficking in brothels. “Boys are more likely than girls to be forced into prostitution in coastal areas for child sex tourism. Children, individuals with physical deformities, and those from socially vulnerable groups are forced to beg or engage in criminal activity in Sri Lanka’s largest cities,” the report states.

Another issue of concern the report highlights is that the Government of Sri Lanka does not fully meet the minimum standards for the elimination of trafficking. According to observations made by the Office, the Sri Lankan government has not demonstrated any anti-trafficking efforts since the previous year.

In 2015, the Sri Lankan Government ratified the United Nations Protocol to prevent, suppress and punish trafficking in persons, especially women and children, also known as the Trafficking Protocol.

Sri Lanka has not been completely lax in addressing human trafficking; last April, the Counter Human Trafficking Unit of SLBFE (CHTU) was initiated.

Yet, this does not seem to suffice, going by how Sri Lanka remains on the Tier 2 Watch List of the US State Department for the fourth consecutive year.

The challenges faced by Sri Lankan domestic workers abroad are no secret. Many are even subjected to violence in a foreign land. Image courtesy: hrw.org

As far as legislation is concerned, the main law concerning trafficking falls under Section 360C of the Penal Code (Amendment) Act, No. 16 of 2006, which states that:

“Whoever; (a) buys, sells or barters or instigates another person to buy, sell or barter any person or does anything to promote, facilitate or induce the buying, selling or bartering of any person for money or other consideration;

(b) recruits, transports, transfers, harbours or receives any person or does any other act by the use of threat, force, fraud, deception or inducement or by exploiting the vulnerability of another for the purpose of securing forced or compulsory labour or services, slavery, servitude, the removal of organs, prostitution or other forms of sexual exploitation or any other act which constitutes an offence under any law ;

(c) recruits, transports, transfers, harbours or receives a child or does any other act whether with or without the consent of such child for the purpose of securing forced or compulsory labour or services, slavery, servitude or the removal of organs, prostitution or other forms of sexual exploitation, or any other act which constitutes an offence under any law,

The Sri Lankan Parliament has also passed the Convention Preventing and Combating Trafficking in Women and Children for Prostitution Act, No. 30 of 2005. While this Act has not yet come into force, when it does, it will give effect to the SAARC Convention. A National Task Force on Human Trafficking has also been set up in partnership with the International Organization for Migration to support successful prosecutions and protect victims.

There are two main bodies that directly receive and investigate complaints of human trafficking in Sri Lanka: the Criminal Investigations Department (CID) and the Counter Human Trafficking Unit of Sri Lanka Bureau of Foreign Employment (CHTU).

According to Acting Manager of the CHTU, A.D.I.S. Kahathuduwa, not all complaints received by the Unit can necessarily be labelled as human trafficking. In order for a case to qualify as a human trafficking offence, there have to be some misgivings in the recruitment process, complications in transportation, and ill-treatment in the destination country.

“What the CHTU does first of all, is filter the complaints under these three aspects. Under the Foreign Employment Act of Sri Lanka, we cannot investigate into claims of human trafficking. The main body that is recognised to carry out investigations into such cases is the CID. But we provide a preliminary service of initial investigations within the limits of our Act’s provisions and resources. The extensive investigations are referred to the CID…[who] are the ones who arrest and prosecute suspects.”

She also noted that almost all the complaints that are received by the CHTU are of cases where an individual has been sent abroad willingly, but is unable to return to the country, and in some cases, disappears without a trace.

“In order to determine whether human trafficking has taken place, and if so, to arrest the trafficker, the complaints (including our inquiry findings) are referred to the CID. To  extradite the victims, we refer to the Ministry of Foreign Affairs,” she said.

The CHTU also noted that one case involving a minor had been referred to the Child Protection Authority.

Accordingly, since initiation, the CHTU has successfully assisted in repatriating six individuals.

One of the biggest challenges the CHTU faces when following up on cases is that most individuals who complain of having fallen victim to human trafficking, or those who are repatriated based on such claims, rarely return for further investigations.

Authorities have noted that the alleged victims are reluctant to go through the process of following legal steps to investigate and prosecute the traffickers, so they rarely return to the CHTU or the CID to give their statements. In some rare cases, the officers of the CHTU claim, that individuals who were previously victimised and later repatriated to the country, end up becoming a victim again to another trafficker. Once the victim is safely back home, the family of the victim is not forthcoming in assisting the Police or any other authority to follow through the investigation.

Docudramas and Kickstarter projects such as “SK!N; a glimpse into the world of Human Trafficking” provide the public inisght into and awareness on human trafficking. Image courtesy: abc.net.au

In the light of all this, the lack of awareness has been recognised as a major problem, while a revision of the law has also been identified as essential. This has been recommended by the Office to Monitor and Combat Trafficking Persons, which states that in order to productively enact the Penal Code section regarding human trafficking, investigation efforts should be improved and suspected traffickers should be arrested. The Office also recommends a proper referral system where each governing body is interconnected in a systematic way so that there is no room for error.

If all essential stakeholders effectively carried out their respective roles in responsibly informing the public, spreading awareness, strengthening laws and ensuring proper implementation of said laws, these offences will be a lot easier to combat. Human trafficking in Sri Lanka is a very real problem, and it’s about time the matter was given due attention at higher levels of policy making.