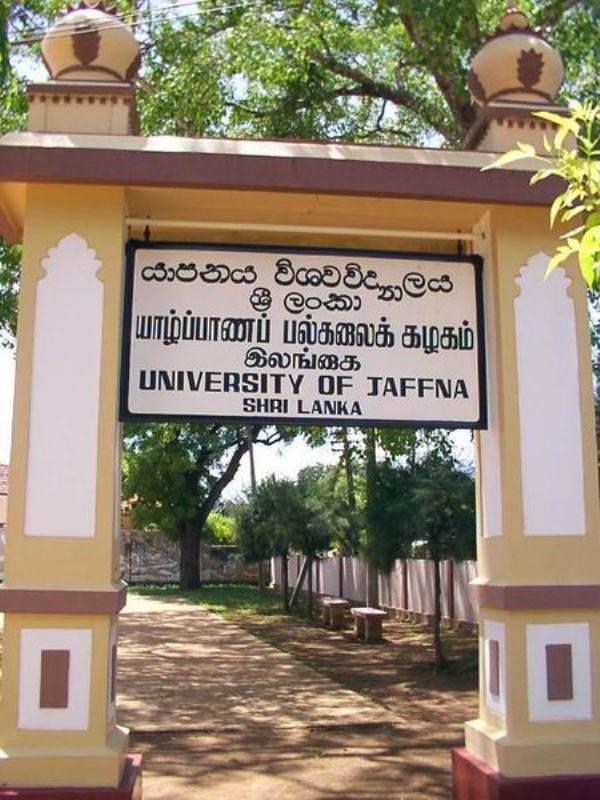 Last week, the University of Jaffna received a great deal of attention in the media after a clash between two student factions resulted in a number of injuries. The incident was soon doing the rounds on social media, amid some racist remarks and opinions galore.

Although reports of university students engaging in clashes is not an uncommon phenomenon in Sri Lanka, this particular turn of events received more than the usual amount of speculation. This time around, most of the debate was centred on the issue of ethnicity, which in turn triggered some negative racial sentiments.

But was last week’s incident necessarily one indicative of ethnic tensions, or was it merely an internal issue that didn’t deserve the controversy it received? Roar spoke to the students themselves to find out what really happened.

Two Sides Of The Coin

On Saturday (July 16), the students of the Jaffna University had organised a Freshers’ Welcoming Ceremony for the Science Faculty. A procession had also been included, with two performance items on the agenda ‒ one which would be held alongside the procession outside, while the other was to be held indoors.

As per tradition, the procession performance item had been given to a Tamil dancing student troupe, while  a Kandyan wes performance was allocated the second slot.

On Friday (July 15), several students of the Faculty had argued with the organising committee ‒ also students from the Science Faculty ‒ that the wes troupe should be allocated space in the procession performance, alongside the Tamil dancers. The request was denied by the organising committee. However, the committee had promised that the wes troupe will be given the opportunity the following year.

The matter had also been brought to the attention of the Dean, Prof. Srisatkunarajah, who, after discussing the matter with the two student groups, requested that they either add the wes performance to the procession,  or take up the proposal of performing the dance at the procession next year. When both parties had refused to comply, the Professor had maintained that the agenda would take place as per the original plan.

On the following day, everything was ready and in place for the ceremony, when two small groups of students had engaged in a heated argument within the varsity premises. The minor scuffle then turned sour, with one group of students marching towards the students in the procession. Several students of other faculties had then joined in and also engaged in what had by then become a brawl.

The skirmish turned into a fully-fledged brawl. Image credits colombogazette.com

A final year student of the University told Roar that a small group of students of another faculty had threatened the event organisers of the Science Faculty, saying that the wes dance will not be allocated time to be performed during the procession.

According to the student we spoke to, on Friday, the threats had come from the Tamil Student’s Union of the Jaffna University, and its president, Thankeshwaran Sisitharan.

“The two dance items ‒ the traditional Tamil act and the wes act ‒ had been held together for four years. Last year it could not be held due to a technical error. This year it was not held because of this,” said the student, who requested anonymity.

According to them, when the students had responded to the threats negatively, the members of the students’ union had provoked others by saying, “This is not Colombo or Peradeniya, this is Jaffna. If you want to dance, go there and dance.”

Following the Dean’s orders to stick to the agenda, the students had made preparations  for the ceremony to go on as planned. The wes dancers were set at the gate, awaiting the procession led by the Tamil dancers, when a group of students had thronged against the wes dancers and had attempted to push them.

“It was mostly the students of the Management and the Arts Faculties who were there,” said the student we spoke to, who had witnessed the events. “Normally they do not involve themselves with the Science Faculty. This was when the scuffle had started off. The wes dancers who were attacked came and told us what had happened. When we went there to talk with the students who assaulted them, they started attacking us. We somehow managed to send away the girls who were there, and the freshers. But later on, more students surrounded the campus and threw stones and attacked whoever they met.”

The students, once the police interfered, left the university and boarding premises, fearing they might be attacked again. Ten students were hospitalised following the incident while one who had sustained severe injuries was taken to the Colombo National Hospital. According to the student who spoke to Roar, the police rounded up some of the students who had been attacked, and took them to Vavuniya in buses. However, once the situation calmed down, there was no need to escape the area, they claimed.

Roar also spoke to the President of the Tamil Students’ Union of the Jaffna University, Thankeshwaran Sisitharan, regarding this matter.

According to Sisitharan, when the matter had reached the Dean and the administration, they had ordered that the ceremony be held as planned without any amendments.

“On Saturday, several students ‒ those who had threatened the committee initially ‒ had started an argument with the organising committee, and the argument escalated into an exchange of fisticuffs. Afterwards, they came and spoke to me about it, and I went with several of the union members to talk it over. There, we were attacked too. Several members, including me, were beaten up.”

Twenty-four-year-old Sisitharan, a final year management student, claims that the first blow was thrown by the rival student faction. When asked about the accusations against him, which indicated that he was the one who was responsible for the clash, he had this to say:

Sisitharan had surrendered to the police after a statement was given to the police by an injured student at the Colombo National Hospital. He was released on bail after he was produced before the Jaffna Magistrate’s Court.

Just Another Student Brawl, Not An Ethnic Clash

Police were sent to get the situation under control. Image courtesy: pbs.twimg.com

Two things both parties that spoke to Roar agreed on, was that this brawl was not indicative of an ethnic clash, and that nothing of this sort had ever happened before at the university.

According to the final year student who spoke to us, there are over 5,500 students at the university, with a majority of Tamil students and only 1,400 Sinhala students. Regardless of this, no fight has broken out between Sinhala and Tamil students.

“This fight was the result of undisciplined students who fought over a trivial topic. It was, in no way, a fight between two ethnicities,” said Sisitharan.

The Science Faculty of the Jaffna University was reopened last Wednesday (20) following the temporary suspension of studies after the clash. During the week since the clash however, there was much speculation, especially on social media, on the possibility of racial tensions.

The government indeed attempted to downplay the ethnicity factor, when Minister of Highways and Higher Education Lakshman Kiriella claimed that clashes take place between students everywhere and not just in Jaffna. As of now, the University has resumed work, while police continue to conduct investigations into the clash.