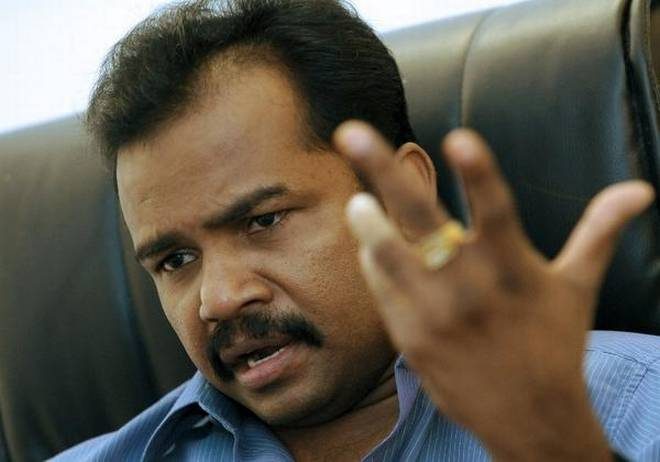 While Tamil people of the North and the East engage in hunger strikes or turn to newly enacted laws to resolve long-standing problems, a former deputy Minister feels the Tamil community deserves the option of a fresh political approach.

Muralitharan told Roar that because Sri Lanka’s main Tamil political party, the Tamil National Alliance (TNA), has failed to speak up for the rights of the Tamil population in the country, the Tamil United Freedom Front (TUFF) will do so instead.

Ex-LTTE Commander and former Deputy Minister Muralitharan believes his party can achieve what the TNA has not. Image courtesy alchetron.com

Muralitharan says that one of the main reasons he wanted to form this new political party was to give the Tamil people an option to vote for besides the TNA.

“The Tamil people of this country are not impressed with the TNA. Even I myself am not that pleased with what they’re doing. [The] TNA is not a registered party. It is just a name that has many other parties under it. So far, they don’t want to register the party and there are a lot of clashes going on within the party. The people feel that they have no choice, but to vote for them because that is the only option available. So I consulted the diaspora, many intellectuals, and decided to give them a good option to vote for,” he said.

He also said that TUFF is looking to cooperate with the public and to use utmost diplomacy when it comes to handling matters and representing the Tamil community.

“Our party should be about cooperative politics, not confrontational politics. We are not looking to start racial disputes. The war is over and now it is time to go forth in a moderate way,” he said, adding “Thus, we are looking to create moderate leadership, for the Tamil people all around the country. I have worked with the Tamil people all my life and I know what they want.”

Muralitharan, who is currently on bail after having been remanded over misappropriation of state vehicles, said that his party will be functioning primarily in the North and East. He explained that the people of the North and East “like to live together in that area.”

He added, “This is not separatism or a different country. They feel that they, the Tamil people, historically should live there. This is another reason I decided to form the party. Things like this should be negotiated with the Sinhala leaders under utmost diplomacy. Then only they will understand.

“The TNA is not doing this right. They’re talking of racism and extremism which is driving a rift between all people. They say if they don’t give a proper solution, the war will start again, but they don’t know true war. They never suffered because of the war. During the war period, they ran from the country and lived a nice life abroad now after the war is over they come back. We will not do things that way. We will win the hearts of the people. There is only about 20% Tamil speaking community in this country. We can’t do anything by ignoring the remaining 80%. We have to be diplomatic.”

The TNA was unavailable for comment at the time this article was published.

Before his venture into Sri Lankan politics, cooperative or otherwise, Muralitharan was a former top LTTE military commander, popularly referred to as Karuna.

When Muralitharan defected from the LTTE in 2004, the LTTE’s power in the Eastern Province took a serious hit, and the government was able to regain control of the area. Many believe that the LTTE’s decline began here.

Since the LTTE was out to assassinate Muralitharan, he fled to the UK in 2007 on a forged diplomatic passport, but he was arrested, detained, and deported to Sri Lanka in 2008.

After forming an alliance with the Rajapaksa government, he was appointed Deputy Minister of National Integration in 2009.

Muralitharan’s decision to form a new political party comes at a time when war-affected Tamil people in the North and the East have been actively demanding resolution of a number of issues, many involving land or disappeared persons. Whether or not the TUFF will adequately push for resolving these issues, remains to be seen.