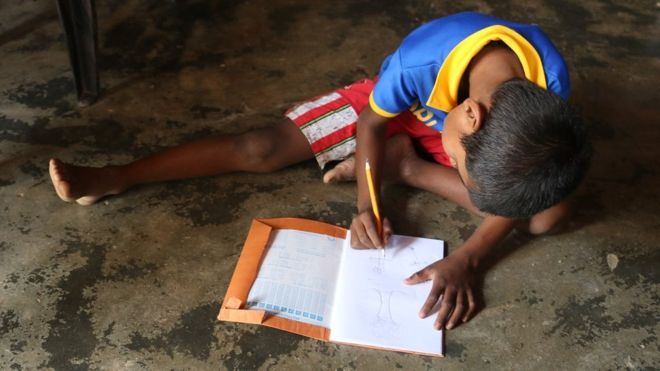 One of the stories that recently took the media by storm, was in relation to a six year old boy who had been forced to face the stigma of his village, when word got out that the boy’s father had allegedly died of AIDs and that the boy himself was HIV positive.

As it turned out, neither one of these accusations held any truth, but the rumours themselves were enough to result in the emptying out of the boy’s school of all students but himself: upset parents had refused to send their children to school until authorities agreed to expel the child.

Although the issue has now been resolved to some extent, the events surrounding this incident have pointed to a number of gaps in our system, mostly to do with the stigma surrounding AIDs in Sri Lanka.

The story gained widespread publicity when reported by the BBC late last month, highlighting the severe stigma faced by the boy and his mother, residents of Kuliyapitiya, in Kurunegala. The boy’s mother had admitted to having faced a lot of difficulty in finding work for herself, and in obtaining a seat in a school for her son, “because of this AIDs fear.”

According to reports, medical documents had been provided to show that the boy was not HIV positive, as rumoured, but existing stigma was sufficient to drive people to disregard this. Things took a drastic turn when parents of the other 186 students pulled their children out of school.

As a result, the school had been temporarily shut down, but parents continued to voice their displeasure by protesting at the school gates.

A BBC report quoted the child’s class teacher as saying that she felt “very sad when the child asked me why all my friends are leaving because of me, and why the police and others are here.”

Meanwhile, Newsfirst, who had highlighted the same issue on their Action TV segment last month, highlighted a mishandling of the issue on the part of educational authorities as well. According to this report, the Kuliyapitiya Zonal Director of Education had, in writing, instructed the boy’s mother to hand him over to probationary care.

Thanks to the media exposure the mother and her son received, quite a lot has been done and said with regard to their situation – but not all of it positive.

On the plus side, the mother filed a fundamental rights petition in the Supreme Court, seeking a declaration that her child be allowed admission to Grade One in a government school within two miles of their residence.

In the meantime, educational authorities also assured that they would be conducting awareness programmes to curb AIDs-related stigma.

The most positive response was perhaps when Trinity College, Kandy, came forward with the assurance that the boy could be admitted to their school. On Wednesday (March 9), an MoU was signed between the Minister for Education and Trinity College, securing a place for the boy.

According to some reports, admission offers had also come from Zahira College in Kurunegala, while there had been offers from Europe to “take charge” of the boy, following much media publicity.

The Minister for Education has been criticised for comments made regarding the matter. Image Credit: goldfmnews.lk

The Minister for Education himself took the matter into his hands, although this did not go too well. Much displeasure was voiced when Minister Akila Viraj Kariyawasam claimed at a media briefing that the boy’s mother had tested as HIV positive. Furthermore, the Minister had also gone on to suggest that the boy be separated from his mother, and placed in probationary care – comments which were severely criticised.

Among the many issues that this episode has raised, is basic awareness about HIV/AIDs, and the need to eliminate the social stigma that comes with it.

Much has been spoken about the Kuliyapitiya incident over the last two weeks, though little assurance has been given that action will be taken to ensure a better educated – and less prejudiced – Sri Lankan public.

In touching on the issue, a recent Daily Mirror editorial reminded readers of similar social stigma following the first reported case of AIDs in Sri Lanka, back in the 1980s. According to this editorial, media at the time had reported that “the victim’s family members had been unable to buy even a loaf of bread from the nearby boutique as nobody in the area dared to touch money or any other object that had already been touched by them.”

As the article goes on to rightly point out, we ought to be concerned that, given recent events,  little seems to have changed in the three decades since:  “… health authorities and the NGOs, local as well as international must be ashamed to realise now that their decades old awareness campaigns conducted using foreign funds worth millions of dollars have been down the drain as the fear still exists to date.”

Latest Government statistics show that, as of end 2014, Sri Lanka had a recorded 3,200 adults and 100 children living with HIV/AIDs. Although Sri Lanka does have a functioning AIDs awareness programme in place, there are evidently gaps in the system that need to be addressed, primarily with regard to social stigma.

Although Sri Lanka has low HIV prevalence, we still have more to do in ensuring awareness and curbing stigma. Image Credit: Leo Club, University of Moratuwa

Furthermore, as World Bank data suggests, we may have low HIV prevalence, but the presence of a number of risk factors (such as low condom use and commercial sex) should be a matter of concern. As for addressing the issue of social stigma, what has been pointed out, is that the Health Ministry cannot do this alone: it would “require greater involvement of civil society organisations, businesses, the entertainment industry, religious leaders, and the medical community.”

In cases such as the recent one in Kuliyapitiya, it is disturbing and disheartening to note that a lot of the mishandling of the issue has in fact been attributed to state authorities, including – ironically enough, the Minister for education himself.

It can also be noted that media coverage of the issue was not handled in an entirely responsible manner: local media revealed the name of the boy, a step that can be considered problematic, for although he now looks forward to a new life at a new school, we also know very well that stigma and prejudice continue to exist in our society, and could very well affect this boy even later on in life.

It would be of immense importance, therefore, that any future incidents be handled with far more sensitivity on the part of all stakeholders involved –  and more importantly, that education and awareness should extend across the board, including policymakers and others in places of power.