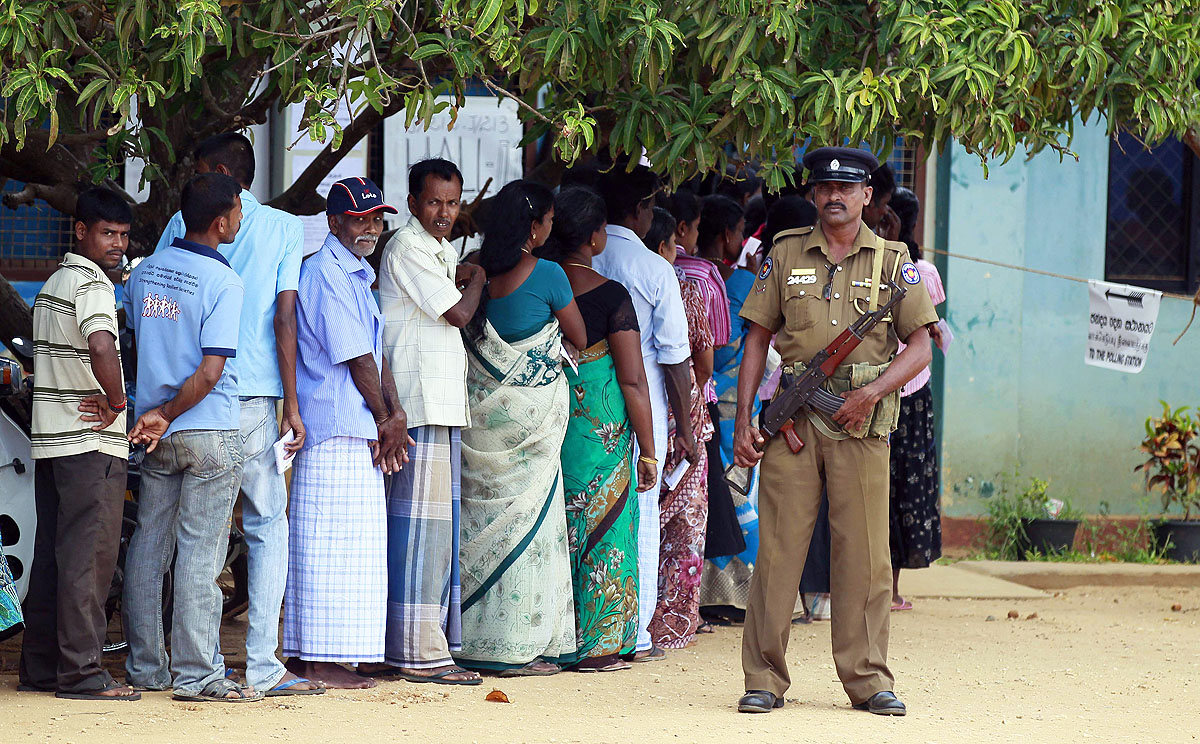 Local government elections have been overdue for about two years now, and there is still no sign of them being held anytime soon. The reason: electioneering types splitting hairs over demarcations.

Fingers have been pointed at different quarters.

According to media reports, the People’s Action for Free and Fair Elections (PAFFREL) has gone on record holding the Provincial Councils and Local Government Minister, the Chairman of the National Delimitation Commission, as well as the Yahapalana Government, responsible for the delay.

The other election monitoring body, the Campaign for Free and Fair Elections (CaFFE) has charged that the Ministry and the Appeals Committee on Demarcation of Boundaries are both deliberately delaying the local council elections.

Minister Faiszer Musthapha has refused to accept the delimitation committee report, on the grounds that it has not been signed by all committee members. Image courtesy ft.lk

Minister of Provincial Councils and Local Government, Faiszer Musthapha, meanwhile, has refuted these claims ‒ although it was reported that he did refuse to accept the long overdue report of the delimitation committee reviewing the demarcation, on the grounds that it hasn’t been signed by all five members of the committee.

At a recently held Committee meeting, three of the members, including Chairman Asoka Pieris, signed the report. Former Governor Saliya Mathew, representing the United People’s Freedom Front, and senior lawyer A.S. M. Misbar, on behalf of the United National Party, had not signed.

Meanwhile, JVP leader Anura Kumara Dissanayake, commenting on the Delimitation Committee Report, told journalists that reasons for the report not being signed unanimously by all members of the five-member committee must be examined.

“Anyone who reads the report of the Delimitation Committee appointed by the previous government could see that that the demarcations therein were unclear. So there was a need to analyse those demarcations and come up with a more thorough report. A committee was appointed for this purpose that has now issued a report after deliberating over the matter at length. However, two members of the committee have not signed this report. This needs to be investigated,” he said.

Local government elections are crucial, but hardly anyone seems to be talking about them. Which is not unusual, considering they rarely have the widespread appeal of a presidential or parliamentary (or even provincial council) election for, mainly, two reasons:

1) local government is the lowest level of government in Sri Lanka and elections to local authorities are therefore limited to a small geographic area, and 2) they’re just not as sexy. This, however, does not mean they aren’t important.

It’s the local authorities who are responsible for looking into facilities like garbage disposal. Image credit: Roar.lk/Christian Hutter

It’s your local government that looks after your roads, your garbage, your libraries, housing, recreational facilities, and other seemingly mundane things. Basically, without it, your town would cease to function as you know it.

What Is A Local Authority?

Sri Lanka has three levels of government: there is the Central Government, which is essentially the Cabinet of Ministers (currently standing at 44 including the President and Prime Minister) + state ministers and deputy ministers.

Then there are the provincial councils ‒ the first level administrative division.

The third and lowest is the local government. There are 335 local government bodies that are collectively known as local authorities ‒ which are further divided into the following:

At present there are 23 municipal councils, 41 urban councils, and a whopping 271 divisional councils in Sri Lanka.

What Can They Do?

According to this and other sources online, local authorities derive their powers from several Acts and Ordinances such as the Municipal Council Ordinance No. 29 of 1947, the Urban Councils Ordinance No. 61 of 1939, and the Pradeshiya Sabha Act No. 15 of 1987.

What this means is that the three different types of local authorities have somewhat different powers, with the Municipal Council emerging as top dog (though not by a huge margin).

What Are These Powers?

Your local authority can instigate legal action (it can sue you, in other words), enter into contracts, acquire land and [obviously] hire people.

There is, however, a catch.

A local authority’s already less than awe-inspiring powers are subordinate to the Central Government and Provincial Councils. Also, other state institutions such as the District Secretary basically have the same powers. (A District Secretary ‒ or Government Agent as they are sometimes referred to ‒ is a civil servant of the Sri Lanka Administrative Service appointed by the Central Government).

What Can’t They Do?

Local authorities get a pretty raw deal when it comes to things they can and cannot do.

As stated above, your local authority takes care of your roads, drains, garbage, markets, parks, etc., but it can only provide services that the law specifically states they can. This means your hapless elected representative at the Municipal Council cannot go out of his way to help you. It’s literally illegal.

Local authorities don’t get to run schools or hospitals (which come under the purview of the Central Government or Provincial Council, depending on the region), and also, no police powers (a strictly Central affair).

Utilities like water and electricity used to be the business of local authorities, but even those were gradually taken over by companies and departments that come under the Centre. (This proved to be rather detrimental to its coffers).

Although many Sri Lankans don’t seem to take it very seriously, it is important that we go out and vote at local government elections, too. Image courtesy therepublicsquare.com

Since the late ‘80s, local government elections used the preferential representation system, but in 2012, a mixed system that combined elements of that and first-past-the-post systems was introduced. According to Minister of Provincial Councils and Local Government, Faiszer Musthapha, the Central Government should ideally consider using the proposed mixed system for the local government election this year (likely to be held before June, according to this report) in line with promises made by the Yahapalana Government.

Either way, it’s important that we go out and vote, instead of being cynically dismissive of the whole thing as being pointless. It’s the only way to take out the trash, both literally and figuratively.