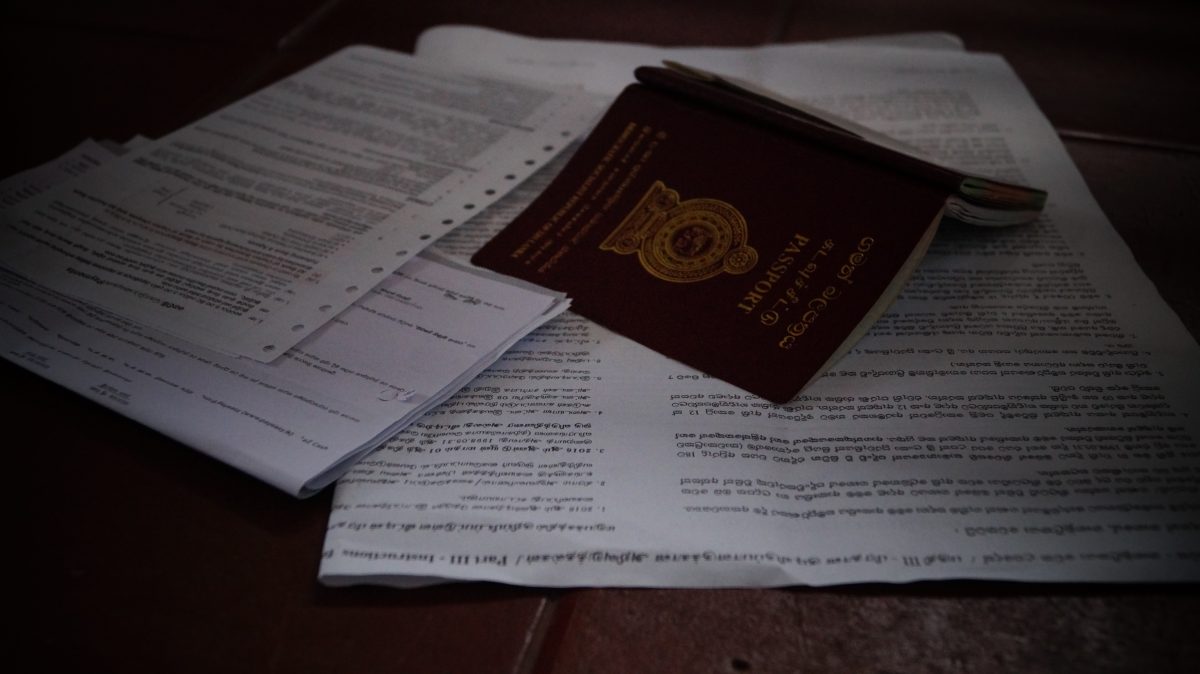 As of today (May 26), the Disaster Management Centre estimated that 61,859 people are still displaced by the recent landslide and floods, while many of them are seeking shelter at 250 makeshift camps in and around the country.

“While the need of the hour is for them to be resettled, many are concerned about the loss of documents or damages thereof, since it’s essential that they have these documents if their lives were to return to normalcy,” said E.M Gunasekera, Registrar General at the Registrar General’s Department, which operates under the Ministry of Public Administration and Home Affairs.

In the light of the issue of lost or damaged documents, Roar felt that there is urgency for information among its readers and we hope this article would be useful in helping them resettle and move on.

Lost passports must be reported to the Police, and damaged passports can be replaced. Image credit: sbs.com.au

If you’ve lost your passport, you must immediately lodge an entry with the nearest police station and state your concern. Provide as much information as you may know and have of your passport.

Officials said that the primary concern would be of passports that are ruined, since they cannot be used. In such instances, citizens are advised to bring the passport along to the Department to obtain a new one. There will be no penalty charged for passports that were drenched in water.

If you happen to have lost your National ID or if it was mutilated during the floods or landslides, the process is slightly more tedious. R.M.S. Sarath Kumara, Commissioner General at the Department of Registrations of Persons, said a new project has been initiated to help citizens recover their lost or damaged ID as swiftly as possible.

You will also need to ask your Grama Sevaka to provide you with a letter stating your address and other details. The format of this letter is standard and he/she would probably know of it. Citizens are requested to obtain the two documents and the form as early as possible to avoid delays in getting the IDs.

The Department also states that if you had obtained your National ID prior to September 1, 2014, it is likely that the Department may not have your information on their national database.

For those who belong to the above category, you are requested to produce a document stating your personal identification details. This can be a copy of your birth certificate, marriage certificate, or even a copy of your passport page which bears your details.

As for those who are about to get their National ID for the first time since the floods, they are requested to get a letter from the Additional District Secretary confirming the details that you’ve already provided.

Citizens are advised to seek the assistance of the relevant Pradeshiya Sabha or District Registrar’s Division, with regard to lost/damaged birth and death certificates. Image credit: panoramio.com

Birth certificates will be required to proceed with recovering much of the documents that might have been lost or ruined in the floods, ranging from your national ID, passports, title deeds, and so on.

Registrar General E.M Gunasekera, whose department oversees the issuance of legal documents such as birth and death certificates, advises citizens to seek the assistance of the relevant Pradeshiya Sabha or the District Registrar’s Division.

“I have instructed all registrar divisions and secretariats to provide their fullest support to assist those who have been affected by the recent floods to recover their documents,” he said.

He suggest that citizens provide as much information as possible, and since many of the birth and death certificates are computerised into a database, recovering it would not take longer than an hour. The fee to obtain this certificate is Rs.100. He added that if organisations or a private company volunteered to pay this amount for several individuals, the Department would accept it.

Gunasekera advises that those who have lost their marriage certificates may also obtain it from the relevant or designated place where they initially got the certificate from (i.e. if you were married in Kandy, you will have to go to the Kandy DS to recover that document).

The Registrar General’s Department also oversees the issuance of legal documents pertaining to movable and immovable properties and registration of titles. Gunasekera advised that citizens who have lost their title deeds or documents relating to their land or property should go to the Land Registrar to recover them.  He said that there are land registrations carried out at district level, and that there are 45 Land Registries for this purpose.

The Ministry of Public Administration announced that workers who were absent at work due to the floods or landslides will be granted leave. The Ministry also stated that a soft loan equivalent to three months’ salary would be granted to employees as a special facility.

The Government has offered to compensate victims of the recent disasters. Image credit: ips.lk

The Government also requests victims affected by the disasters to provide their details to the relevant Grama Sevaka officers to obtain compensation for damaged and destroyed houses or other property (e.g: business).

The Legal Aid Commission and Sri Lanka Bar Association have also volunteered to provide legal assistance to those who’ve lost their valuable documents ranging from National IDs, to birth and death certificates.

If you were affected by the recent disasters, do look into the matter of any lost or damaged documents at your earliest, or pass on this information to anyone you know who may need it.