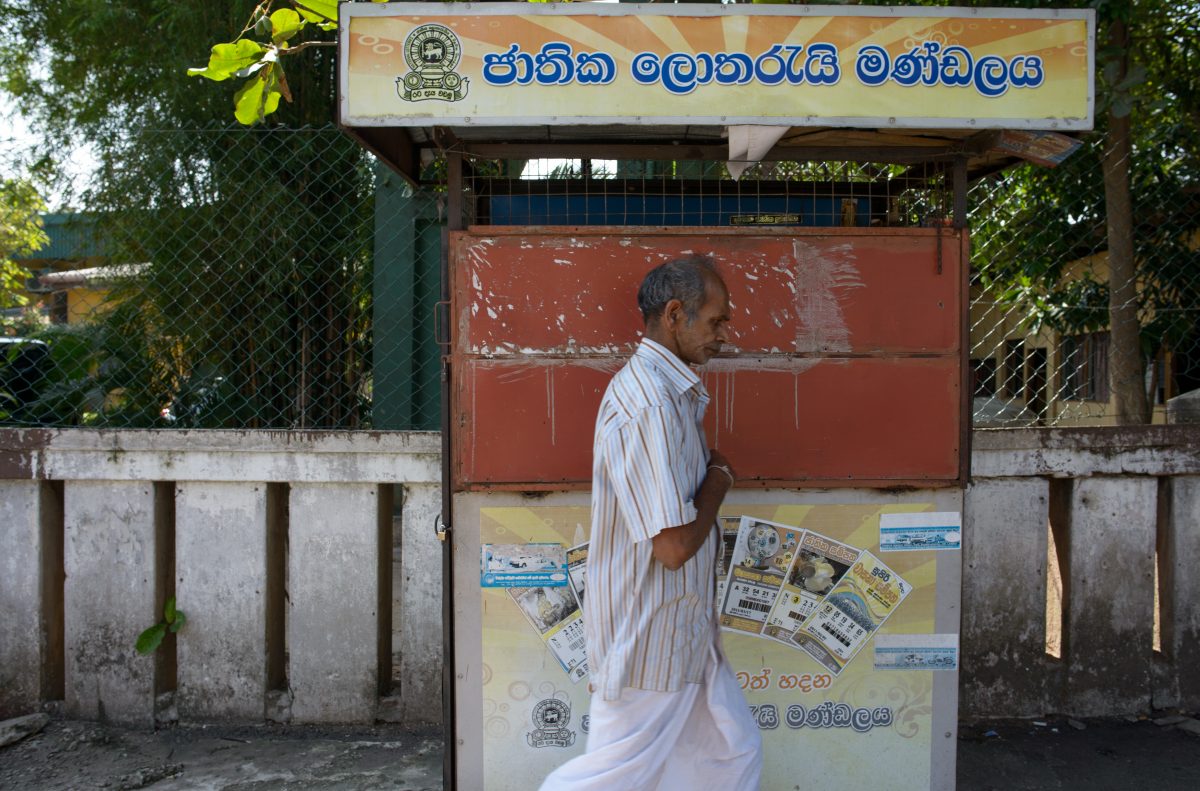 Noticed how the lottery ticket depot you pass on your way to office has been closed since the New Year dawned? You probably didn’t, unless you were intending to buy a ticket yourself. And if you had not been completely focused on successfully completing your New Year’s resolutions ‒ which you’re going to forget in a few days ‒ you’d have known that the lottery market has been in a somewhat in a perilous position this week.

When the New Year dawned upon us with numerous text messages, deafening firecrackers and the smell of good food, 2017 also began for many of the lottery agents around the island in the form of a protest, with many lottery ticket booths remaining shut, and agents and sellers going on strike.

On Tuesday (January 3) lottery agents and sellers from around the country also carried out a demonstration in Fort, opposing the recent increase in the price of a lottery ticket. Following the proposals of the Budget 2017, the government increased the price of a single lottery ticket from Rs. 20 to Rs. 30. The increase in price, however, had not resulted in an increase in the commission percentage, which is what determines revenue for the lottery agents and sellers.

This week’s protest did not come as a surprise. The All-Island Lottery Dealers Society (AILDS) had warned in December that they will stop selling lottery tickets if the government increased lottery ticket prices to Rs. 30 a ticket.

AILDS Convener P. Walimuni told the media last month that the price of a lottery ticket should remain at Rs.20, without any alteration.

“It is the lower middle class citizen who tends to buy lottery tickets to try their luck,” he said at a press briefing, adding, “A price increase to Rs. 30 from Rs. 20 will cause a huge drop in sales. We were told that this was the Finance Ministry’s decision. They want a tax revenue of Rs. 5 from every ticket.”

According to Walimuni, the government receives Rs. 20 billion from the sale of lottery tickets every year.

Despite the threat of a protest, the price of a lottery ticket was increased to Rs. 30, which instigated the lottery agents and sellers to carry out their threat. Thus, the new year began with a protest, and lottery booths have remained shut since.

Media reports earlier this week quoted the All Island Lottery Agents Association Secretary, Suresh Madarasinghe, who claimed that the Government had failed to meet with them to discuss their concerns regarding the commission.

Madarasinghe had noted that the increase in the commission has been one of their long overdue demands, which has been ignored by the government for years.

Accordingly, they had requested the government to address their pleas and to increase the commission if there is to be a price increase; however, the government has ignored such pleas, he said.

Madarasinghe added that when the price of the lottery ticket is increased to Rs. 30, the agents ought to receive an extra 50 cents as a commission, should the commission increase with the price. Accordingly, the commission per ticket sold should be Rs. 4 instead of Rs. 3.50, which is where it stood at.

The issue of the commission aside, Madarasinghe also echoed Walimuni’s concerns:  that the increase in the price of the ticket itself will affect sales when people refuse to buy tickets at such a price because they would not be able to afford it.

The protest is expected to continue until the government comes to an agreement with the agents and sellers, he added.

The Agents And Sellers

A local lottery ticket vendor looks on from his stall on a street in Colombo. Image credit: AFP/Getty Images/Deshakalyan Chowdhury

Following the strike action by the lottery agents and sellers, lottery stalls and shops around the island were closed down and no lottery tickets were sold, except in some areas where the National Lottery Board (NLB) went out in vans and sold the tickets themselves.

One lottery seller, who refused to be named, told Roar that the increase in the price of a lottery ticket was high enough without adding another tax to it.

Another lottery seller, also against the price hike, said, “The price increase will only diminish sales. We do not have another job. Don’t try to drag these innocent people to the roads. People are scolding us. They have told us that they will not buy a single ticket from today.”

Currently, there are 300,000 street lottery sellers across the island, including disabled persons.

Among the concerns regarding the price hike is that people may not be able to afford to buy as many tickets, and sales would drop. Image credit: Roar.lk/Nishan Casseem

In the light of all this, the NLB warned the lottery agents and sellers that they are willing to replace any and every agent or seller who refuses to comply with the government’s decision.

The NLB says that they cannot afford a commission increase, because the price increase was introduced in accordance with a budget proposal to impose a special tax on each lottery. The NLB owes a Valued Added Tax (VAT) and National Development Tax for each lottery ticket that is sold. Thus, the NLB should pay a total of Rs. 5.74 per ticket to the Treasury.

The prices of tickets for nine different lotteries, including Mahajana Sampatha, Govi Setha, Vasana Sampatha and Jathika Sampatha under the NLB were increased to Rs. 30 from January 1, 2017.

Following the strike that began on January 1, the government, too, warned the lottery agents that new agents will be hired to replace existing agents if they continued with the strike.

Minister Karunanayake says the price of a lottery ticket was increased with the intention of providing more odds of winning for the public.

UPDATE: According to media reports, the AILDS called off their protest this afternoon, after being allowed an opportunity to discuss the matter with President Maithripala Sirisena.