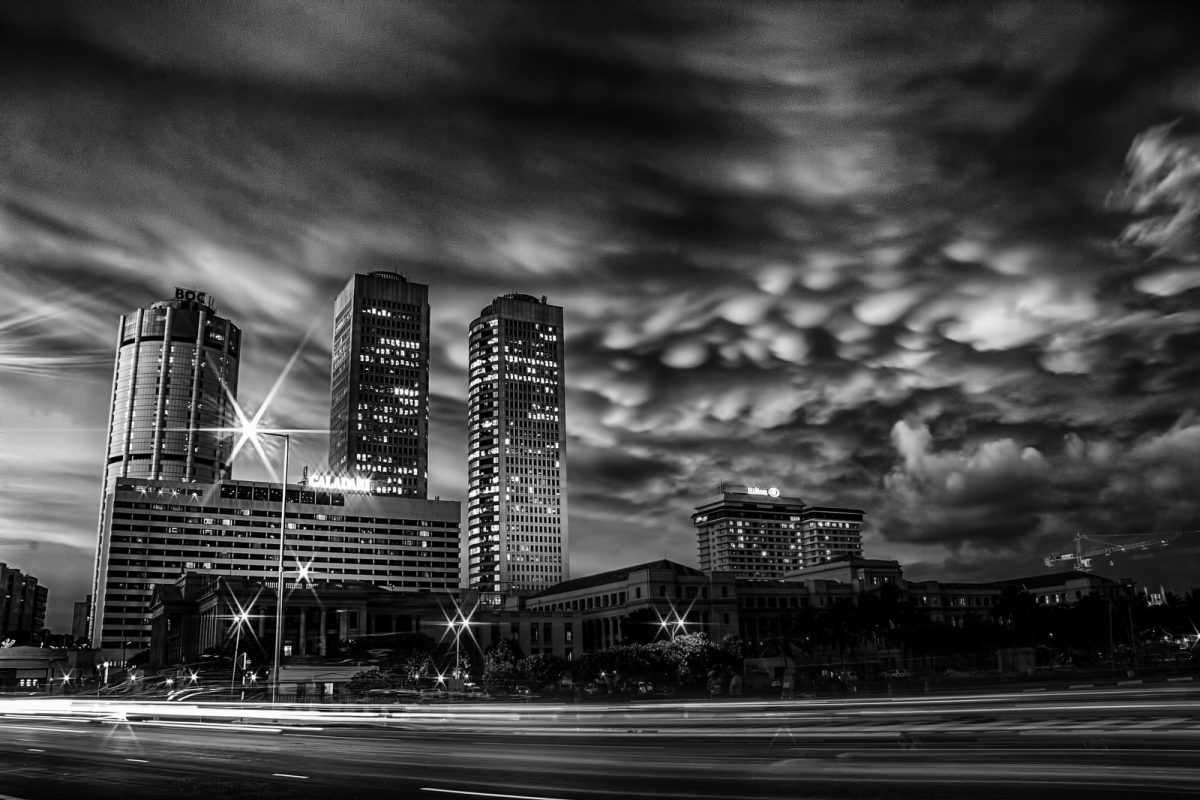 Much has been said about the proposed Western Megapolis Project, the Yahapalana government’s would-be signature development drive; its intended magnum opus, if you will. An ambitious undertaking to transform the entire Western Province into an urban utopia of socioeconomic splendour, similar to or even better than that of the oft-touted Singapore. But how exactly do the powers-that-be plan to go about implementing this grand vision? Is it feasible? Is it even realistic? What sort of impact would such a large scale project have on the environment? Roar decided to find out. In a series of articles based on publicly available information as well as expert opinion and insights obtained from a multitude of sources, we will, over the next few weeks, examine the finer points of what goes into this mammoth project. But first ‒

What Exactly Is The Megapolis Project?

The Western Megapolis Project is what is known as a grand challenge the Government has set itself, with the intention of turning Sri Lanka into a high-income developed nation. It hopes to achieve this rather lofty goal by a spatial transformation of the more urban areas of the Western Region, which the Government believes will eventually lead to a structural transformation of the national economy as a whole.

In plain English, that’s a lot of shifting, restructuring, and construction from scratch that, if all goes well, will result in a high-income economy that all citizens can benefit from. Eventually.

According to a detailed report published by the Ministry of Megapolis and Western Development, the project has three stated goals:

1. To address issues resulting from congestion pressures being exerted on urban physical infrastructure, urban services and amenities, and the environment, that have been brought about by ‘messy urbanisation’

2. To create an enabling environment for propelling the nation to the status of a high-income developed country tunneling through the middle-income trap, by way of leveraging the economies of agglomeration, through development and transformation of the physical and institutional infrastructure and the national economic structure

3. To optimally harness the benefits of a knowledge-based, innovation-driven global economic environment characterised by such developments such as the ‘new industrial revolution’ and the emergence of ‘smart cities’

In case you were scratching your head at ‘leveraging the economies of agglomeration’, it basically means reaping the maximum benefits of an economy that relies on its people and businesses being located in close proximity to each other in cities and industrial clusters. The rest is hopefully self-explanatory.

The report cites a SWOT (strengths, weaknesses, opportunities and threats) analysis of the Western Region as it stands now carried out by officials overseeing the Megapolis project. A few highlights:

The Ministry, in its report, has identified Colombo as a bustling, multi-ethnic, multicultural metropolis home to over half a million people gainfully employed in various sectors. The Western Region’s rapid economic growth over the years, the Ministry says, is indicative of the country’s true potential in terms of progress and development. This is not to say that it’s all hunky dory, however. That same rapid growth has resulted in a multitude of urban and environmental issues, such as virtually endless traffic jams, a literal mountain of garbage, and a significant number of people living in poverty. The Megapolis project seeks to find solutions to these issues. Whether or not it will succeed in this regard remains to be seen.

Not only is the skyline of Colombo expected to undergo a transformation, but GDP for the Western Region is expected to exceed USD 230 billion by 2030. Image credit: shanthi-lanka.com

Given the high growth momentum the country has displayed over the past few years, the Government believes that the GDP for the Western Region will reach over USD 230 billion by 2030. By 2020, per capita income targets in Sri Lanka are expected to triple to around USD 12,000.

States the report: “This is assuming an average annual growth rate of 7-8%. The economic development in the next 15 years is crucial as the country has to move from labour intensive to skill intensive industries and to a knowledge-based economy.”

A Bit Of History

The Urban Development Authority (UDA) was established in 1978 as a consequence of the Colombo Master Plan put together with the United Nations Development Programme (UNDP).

Ever wonder why the capital of Sri Lanka is actually Sri Jayewardenepura and not Colombo? According to the Megapolis report, the 1985 City of Colombo Development Plan recommended switching city development from Mono-Centric to Poly-Centric, which resulted in the shifting of the Administrative Capital to Sri Jayewardenepura.

The Western Megapolis Development Plan was first envisioned in 2002 when development of the entire Western Province as a Single Megapolis was initially conceptualised. The current Master Plan that comes under the Megapolis project is based on recommendations made in the National Physical Structure Plan for the year 2030 approved by the National Physical Planning Council that includes 14 ministers and is presided over by the President.

The overall development philosophy guiding the Western Megapolis, according to the Ministry report, is based on the following four fundamental pillars:

A significant area of the Indian Ocean will be considered part of the Western region when implementing the Megapolis project, tapping into the vast amount of oceanic resources available therein. Among the proposals made are:

‘Green and inclusive growth’ is a part of the Megapolis agenda. Image credit: clearpointresidencies.com

The vision statement for the Western Province Megapolis Project reads: “Green and inclusive growth with integrated diversity.” The project seeks to achieve this ambitious goal by providing “the best possible living standards, to the multicultural inhabitants of the cosmopolitan Western Region planned from an environmental point of view, thereby making it the most livable region in South Asia.”

They key elements of the project include integrated planning and action, transition to mass transit (i.e. development of public transport, which we have covered extensively here) and a modern housing plan. Private investment and leadership will be encouraged in an effort to strengthen governance.

Actions completed so far include a Megapolis structure plan for the Western Region, an environmental asset plan, and an integrated transport plan. Planning, building, environmental and zoning regulations have also been formulated, with a Housing Master Plan for “both underserved and middle class.” According to the report, over 160 individual projects are pending implementation.

The Megapolis project will see the implementation of 10 sub-projects based on a mainly functional and partly geographic non-exhaustive categorisation. According to the report, Projects 1-3 represent major infrastructure development projects, and 6-10 represent different thematic projects and their combinations.

Our second article on the Megapolis will go into further detail of each.

The project is expected to be driven by the information technology, science, and bio-medical sectors, as well as financial services and tourism. Image credit: facebook.com/MegapolisSriLanka

At present, pre-feasibility and feasibility studies are being carried out, says the Ministry, with project procurement documentation and tender action plan underway. Land identified for various aspects of the projects are also set to be acquired, with a brand new Western Region Megapolis Authority Act being put together.

According to Project Director Jayasekara, as part of the Megapolis project, Public Private Partnerships (PPP) will be encouraged. Information technology, science and bio-medical sectors, and financial services, tourism (including MICE tourism) and general manufacturing will serve as key economic drivers for the project.

“Disparity in job opportunities and the changing global economic landscape demands a strong strategy for allocating employment generating land uses,” he said at a recent presentation of the project.

Part 2 of this series will focus on the various strategic interventions that will take place leading up to the completion of the project. Stay tuned!