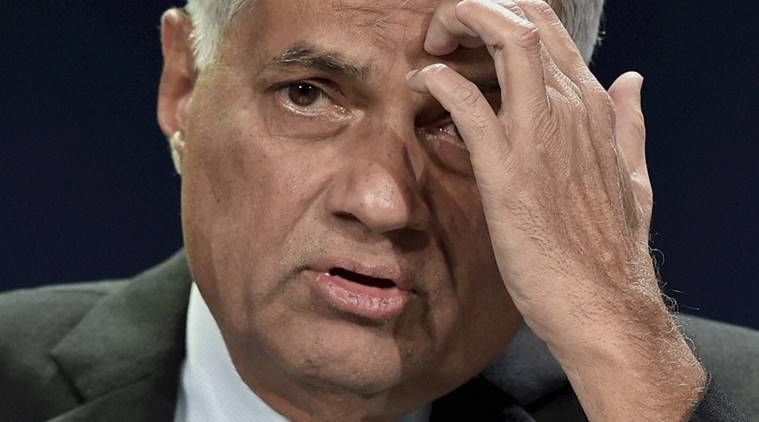 Of Ministers’ Salaries And Parliamentary Perks

Recently, Prime Minister Ranil Wickremesinghe noted that his wife gets paid a higher salary in comparison to his monthly wage as the Premier of the country. His wife, Maithree Wickremesinghe, a university professor, is reportedly paid a six-figure salary.

Public representatives who are voted into office, such as parliamentarians and cabinet ministers, are paid a monthly salary, like any other employee. Apart from the monthly wage, these public representatives are also entitled to other privileges, too. Here’s the Roar breakdown on how much our ministers and MPs are paid for the work they do (or don’t do).

Many would assume that the Prime Minister of Sri Lanka is paid a generous salary considering the extent of his responsibilities. However, according to Parliament sources, the PM is paid  Rs. 71,500 per month. To put this into perspective, our Premier is paid more than a web developer and less than a network administrator, going by data according to Salary Explorer.

The salary of a member of parliament is equivalent to the wages of those in the Judiciary. Therefore, an MP is paid the monthly salary of a High Court Judge, which is Rs. 54,285. This salary is paid by the Parliament of Sri Lanka.

A Cabinet Minister is paid Rs. 65,000 from the Ministry he/she is responsible for. Other privileges such as transport facilities are managed as ministry expenditures. A Cabinet Minister is allowed to have three vehicles, including his official vehicle and security jeep, for which the ministry will bear the expenses.

The Speaker of the House is paid Rs. 68,500 while the Deputy Speakers and the staff under them are paid the salaries of an MP.

MPs are entitled to a fuel allowance which is paid according to their fuel usage and the distance that has to be travelled. This distance is calculated from the MP’s base district to the parliament. For example, an MP who is travelling from Colombo to Parliament is paid an allowance to obtain approximately 284 litres of fuel per month, while an MP travelling from Mullaitivu is paid similarly for 640 litres of fuel.

In addition to all of this, every MP and Cabinet Minister is paid Rs. 500 for attendance, every time he or she takes part in a parliamentary session.

Who Pays The Wages?

The salaries of the Prime Minister and all the MPs are handled by the Parliament’s Finance Department.

The additional payments and expenditures for Cabinet Ministers are handled by their respective ministries.

Apart from that, the Ministry of Parliamentary Affairs is in charge of paying a monthly salary to the MPs’ personal staff, and gratuity for MPs’ members of staff who terminate their tenure.

These duty-free vehicle permits for ministers, which caused a stir recently, is managed by the Ministry of Parliamentary Affairs. Recently, MPs were also given a tax-free permit to import a luxury vehicle and some have allegedly sold this entitlement at exorbitant amounts.

In addition to this, a recent proposal was made to provide luxury vehicles for 30 MPs in order to carry out ‘development’ work. According to Minister of Health, Rajitha Senaratne, this development work includes politicians having to visit rural areas in order to listen to and address the people’s concerns. The argument was that carrying out this duty was difficult due to the bad conditions of the roads ‒ hence, the luxury vehicles.

The Ministry also provides office equipment, such as computers, photocopiers, fax machines, and mobile phones, worth up to Rs. 350, 000 to the MPs’ staff.

Twenty percent of the equipment’s value is then reduced from the MP’s salary and reimbursed by the Ministry.

The Ministry also provides MPs’ staff with a stationary package that includes letterheads.

All this does not appear to suffice, however. On Saturday (November 19), Prime Minister Wickremesinghe noted that the monthly salaries for MPs are not enough for them to fulfill their duties, and needs to be revised soon.

Joining the Third Reading debate on Budget proposals for 2017, the Prime Minister stressed the necessity of increasing the salaries of parliamentarians to strengthen the parliamentary system.

Accordingly, he proposed to pay a Rs. 100,000 monthly allowance to each MP to carry out his duties in his electorate. In addition to this, it was proposed that air travel facilities should be made available to MPs in the North and East.

The last time MPs’ salaries and wages were revised was in 2006, as a result of a motion passed in Parliament. It was a double pay hike which has resulted in the current salary status. Prior to this, employees of the Judicial Services were given a pay rise as well.

Even though it is yet uncertain whether the MPs’ salaries will be revised any time soon, it should be noted that salaries of the Public Services were revised last February under a new circular. These services included Judicial services, as well as ministerial staff services.

The circular notes that a separate circular will be issued for the revision of salaries of officers in Judicial Services, which is yet to be released.

When debating whether or not MPs’ wages and allowances suffice, it would be fair to ask ourselves how many of Sri Lanka’s politicians are career politicians. It isn’t necessary that politics would be their sole occupation; some have been known to run their own businesses or engage in other professions.

In that case, the MP’s wage would not be their only source of income. Some politicians have also been known to turn to “off the record” means of earning their daily wages. These methods are rarely revealed and sometimes only see the light of day during election season, when the Election Commission requires every participant to reveal their assets.

To give this a macrocosmic perspective, however, Sri Lanka’s 15th Parliament has 225 MPs. This includes 47 Cabinet Members, the Prime Minister and the President included. Excluding the President’s salary, Parliament pays around Rs. 12.2 million a month in MPs’ salaries. This figure, mind you, is exclusive of additional allowances and staff wages. Per annum, Parliament pays out a whopping Rs. 146.4 million to our parliamentarians.

So while the salary of an MP may not seem too much on the surface, taxpayers around the country ensure that the Rs.146.4 million (and more) is signed, sealed, and delivered into their collective pockets.

On an unrelated note, if you are planning on becoming a career politician, don’t do it for the money. You’ll end up just as unlucky as most of us. Maybe you’ll be better off as an engineer, a doctor, or a senior lecturer, like Mrs. Wickremesinghe.