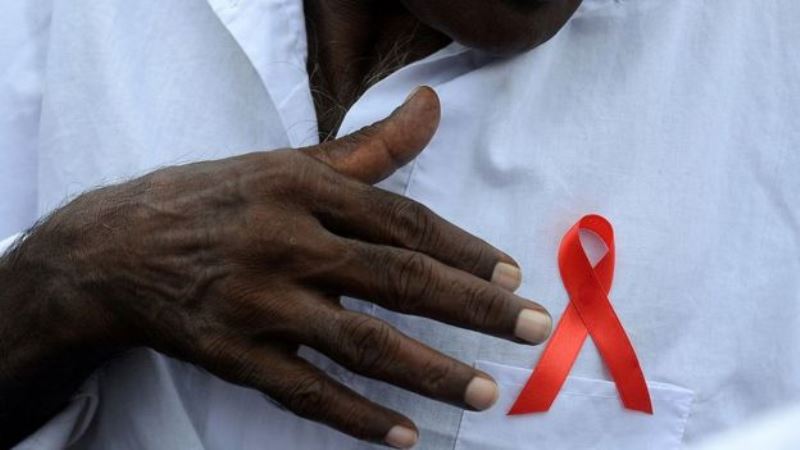 HIV/AIDS remains one of the world’s most significant public health challenges, especially in low- and middle-income countries. In Sri Lanka, there has been an upward trend in the numbers of reported HIV/AIDS cases. This ought to serve as a reminder for the country to take more action, beginning with tackling cultural attitudes and stigma associated with HIV/AIDS, which continue to be roadblocks in addressing the issue.

What Is HIV/AIDs And How Is It Transmitted?

Understanding exactly what HIV/AIDs is about is an important step in protecting ourselves and others. HIV stands for ‘human immunodeficiency virus’, which, unlike other viruses, the human body can’t get rid of completely. If left untreated, HIV can result in the disease AIDS (acquired immunodeficiency syndrome).

According to the latest annual report of the National STD/AIDS Control Programme (NSACP), since the identification of the first HIV infected Sri Lankan in 1987, a total of 2,308 HIV positive persons has been reported up to end 2015. During 2015, 235 HIV cases were reported to the NSACP, which is the highest in a year so far.

Speaking to Roar, Dr. Ajith Karawita, Consultant Venereologist of the NSACP, said that there have been a reported 68 and 59 cases of HIV during the first and second quarters of 2016, respectively. A number of nine and 14 deaths have taken place during the respective quarters. He also said that, as of 2015, the estimated number of total infected adults living with HIV is believed to be over 4,000.

As the annual report indicates, the highest numbers of victims have been reported from the Western and the North Western Provinces. They are two districts with a relatively high population density and that could be the reason for the lofty numbers, Dr. Karawita said.

Who Are Most Vulnerable?

Although Sri Lanka is a low-risk country, there has been an increase in the number of reported HIV cases over the years. Image courtesy: newnownext.com

The high-risk group is mostly males, while the numbers of infected females have also escalated. Although Sri Lanka is a low-risk country compared to the rest of the world, the official statistics have shown an annual increase in numbers of reported cases, Dr. Karawita said.

According to the March 2015 Integrated Biological and Behavioural Surveillance Survey Among Populations at Higher Risk of HIV in Sri Lanka report, the following factions have shown a higher exposure to the epidemic:

Female Sex Workers (FSW): Data for this faction is limited to the Behavioural Surveillance Survey undertaken in 2006 and 2007. The 2009 National Population Size Estimation has revealed that Sri Lanka has approximately 14,132 FSW.

According to the report, while over two-thirds of FSW in Colombo know where to obtain an HIV test, only just over half have ever been tested. Less than half (42.6%) were tested in the last 12 months (prior to the report) and know their result. Those who have never tested cited a lack of knowledge on where to go as a reason for not having undergone tests.

Men who have sex with men (MSM): The 2015 estimation of MSM in Sri Lanka is 7,551. Overall, 11% of the total reported HIV infections are attributable to homosexual transmission. In 2012, reported levels of coverage of HIV testing among MSM was lower than 25%, whilst condom use among them was between 50 and 74%.

Apart from the above groups, seven HIV positive cases have been reported in the age group between 0 -15, in 2015 and all of them have been identified as mother-to-child transmissions, Dr. Karawita said.

Although the state is taking measures to address HIV/AIDs, there is still the problem of stigma. Image courtesy: dailytimes.com.pk

The World Health Organisation’s Progress report 2011: Global HIV/AIDS response refers to fear of stigma and discrimination as the key reasons why people are reluctant to get tested for HIV, disclose their HIV positive status, or take antiretroviral drugs.

High levels of HIV-related stigma are present even among the most at-risk populations, as pointed out by the 2014 IBBS Survey, in Sri Lanka. While most respondents would be willing to care for an HIV positive family member, many do not believe an HIV positive student should be allowed to go to school.

The recent controversy over a school’s refusal to admit a six-year-old boy due to suspicion of the parents being HIV positive is testament to the high level of social stigma. Such stigma has led to a reluctance to reach out to health services.

According to the survey, just over 2/3 of female sex workers were willing to take care of a HIV positive member.

The People Living With HIV Stigma Index Sri Lanka 2010 points out that HIV positive people have found it easiest to share their status with other people living with HIV. The research team behind the Index reported that the respondents were clearly uncomfortable with spouses, friends, neighbours, co-workers, employers, and children finding out their status. The report further states that 12% of respondents said they had been verbally harassed and 5% had been physically abused due to their HIV positive status. A key reason identified as a cause for stigma is that people do not have accurate and comprehensive knowledge of HIV transmission.

In Sri Lanka, the laws related to commercial sex have been embodied in the Vagrants Ordinance 1841, Brothels Ordinance 1889, and the Penal Code (as amended in 1995, 1998 and 2006.). However, the majority of the provisions seek to punish the female sex worker.

For instance, Section 3(1)(b) of the Vagrants Ordinance states that “Every common prostitute wandering in the public street or highway, or in any place of public resort, and behaving in a riotous or indecent manner shall be deemed an idle and disorderly person”. Section 3(2) of the Vagrants Ordinance further states that “A police officer may arrest without a warrant every person deemed to be an idle or disorderly person”.

Further stipulating discrimination, Section 7 of the Ordinance states that, “any person in or about any public place soliciting any person for the purpose of the commission of any act of illicit sexual intercourse or indecency, whether with the person soliciting or with any other person, whether specified or not, shall be guilty of an offence, and shall be liable on summary conviction to imprisonment, or to a fine, or both.”

Being discriminatory targets of law has made female sex workers shy away from the access to legal and medical facilities. Progressive laws extending fair treatment towards the marginalised sex workers will lead to better protective sexual practices and more reaching out for help in the event of being infected, Dr. Karawita said.

Among the key global recommendations for preventing the spread of HIV is to repeal punitive laws and enact laws that facilitate effective response for HIV prevention, care, and treatment services for all who need them. Another recommendation would be to decriminalise private and consensual adult sexual behaviours, including same-sex acts and voluntary sex work.

As far as the domestic recommendations are concerned, the 2015 annual report suggests the following:

The current intervention model needs to be revisited and inadequacies that have been identified need to be addressed. Access to testing should be expanded and the counselors at the NGOs need to be trained on HIV testing and counseling.

The report further recommends decriminalising sexual activity between members of the same sex and bringing in appropriate amendments to the Vagrants Ordinance.

What Has Been Done So Far?

Sri Lanka needs to focus on creating an environment that encourages more people to reach out for support. Image courtesy: thestar.com

It wouldn’t be fair to say that Sri Lanka has fallen short of addressing the issue altogether, however.

The NSACP in 2015 provided preventive and curative services through 30 full-time STD clinics and 23 branch clinics island wide. Of these, 13 clinics have had the capacity to provide antiretroviral treatment (ART) services for people living with HIV. As clinical services, the NSACP provides counseling, treatment, care and support for people living with HIV, along with monthly nutritional packages and family-planning services.

As preventive services for the general public and most at-risk populations, the NSACP has conducted awareness programmes, while supporting NGOs to carry out the initiative further.

Additionally, condoms have been distributed among people as a means of preventing the spread of disease. As of 2015, the number of condoms issued by STD Clinics islandwide is 315,143. Condoms are highly effective in protecting against sexual transmitted infections including HIV, but in order to achieve the maximum protective effect, condoms must be used correctly all the time. Incorrect use can lead to condom slippage or breakage, thus diminishing their protective effect, so it is important that people are educated in this regard, too.

The NSACP says it  is working hard towards creating a safe and supportive environment where people could reach out for support without the fear of being stigmatised.

It is in fact a challenge, but it’s timely to take unyielding steps to prevent the fast spread of HIV. In the process, a changed social outlook towards the HIV positive population is crucial. This means Sri Lanka needs to focus on creating an environment where those with HIV/AIDs would not be discriminated against, but can live normal lives, which would in turn help prevent stigmatisation and encourage more people to reach out for support.