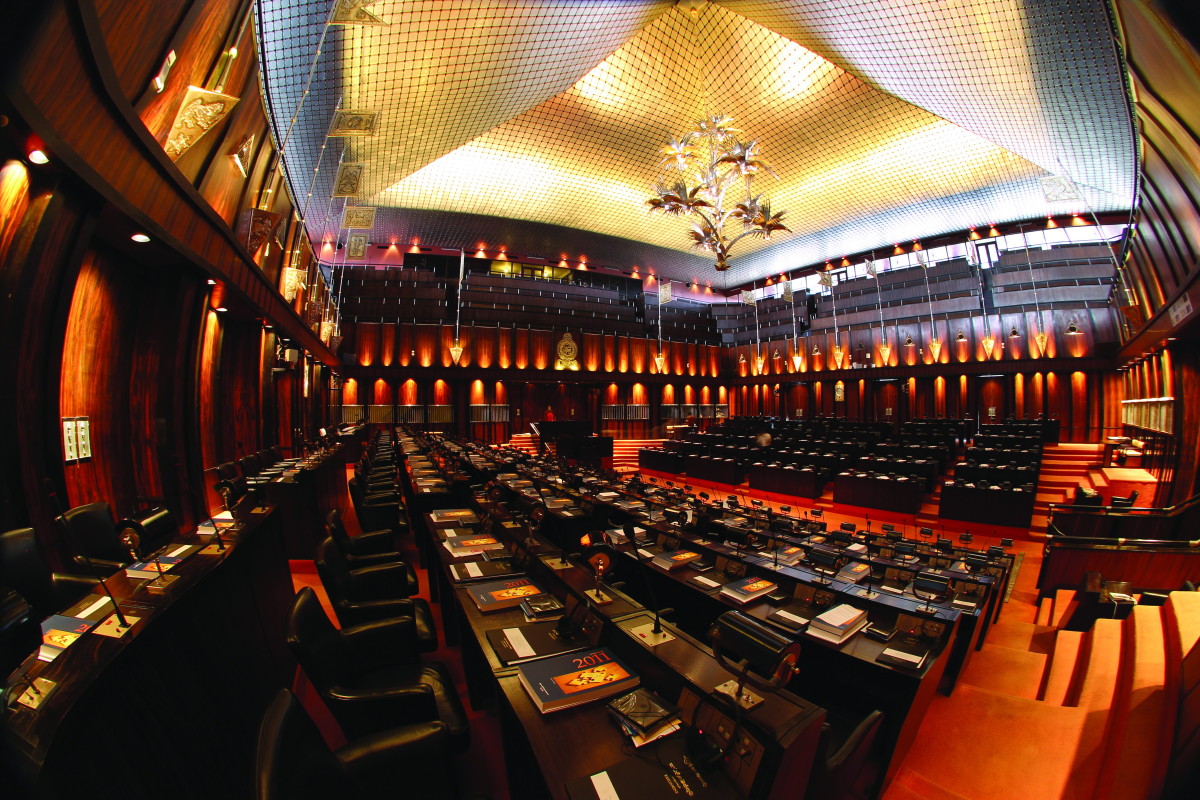 The 2015 parliamentary elections came and went. Results were announced, a new prime minister was sworn in, and a national government was formed; and, depending on whom you ask, the outcome was either great or meh (or terrible if they’re from Kurunegala). The UNP-led coalition managed to send 106 members to parliament, 93 of whom were elected by popular vote from 22 electoral districts, scoring the party an additional 13 seats on the National List. Its main contender the UPFA secured a total of 83 seats with a further 12 on the National List. The UNP failed to win the required 113 seats to form a majority, resulting in the formation of a national government together with the SLFP-led UPFA. Several prominent candidates that many analysts had expected to do well were defeated at the election, with talk of them being brought in on the National List taking centre stage on social media.

In simple terms, it’s a list of 29 non-elected members to be appointed to Parliament following a general election. Usually (and ideally) the National List comprises of eminent persons, academics and professionals incapable of entering parliament by popular vote, due to various reasons including but not limited to the lack of an established constituency, inability to amass campaign funds, etc. The list exists so that good, deserving people who don’t otherwise stand a chance can get in.

Can it be abused?

Sadly, yes. As we have seen in the past, the National List is a loophole in the system that every administration to date has exploited one way or another to appoint members of questionable record and character, including defeated candidates. And it’s not illegal.

Does this mean my favourite candidate is in?

Technically, yes, but it’s up to the party leadership. The UNP has released its list and so far there don’t appear to be any defeated candidates on it. The UPFA list, on the other hand, is purported to be teeming with [literal] losers, raising concerns about undemocratic practices that go against the yahapalana/good governance mantra, especially now that there is a National Government to think about.

A lot of people were [understandably] shocked by the defeat of UNP Colombo District Candidate Rosy Senanayake, who is widely respected for her grassroots-level activism in women’s empowerment; and there was a very public call for the UNP leadership to consider putting her name on the National List. (There is even a change.org petition doing the rounds). Some were of the opinion that this was a bad idea, however, pointing out that bringing in defeated candidates to parliament, while perfectly legal, would set a bad precedent, encouraging other political parties to put forward lists comprising defeated candidates who, in their opinion, did not deserve a seat in parliament.

It is, however, worth noting that the number of female parliamentarians has drastically reduced to just 13 this time, which we can all agree is a problem considering 52% of this country’s population are women.

For various and complex socio-political reasons that we shall not get into here, women have historically performed poorly at elections in this country, barring the obvious exceptions of former President Chandrika Bandaranaike Kumaratunga and her mother Prime Minister Sirimavo Bandaranaike. Which is surprising, if you take into account that Sri Lankan women gained their voting rights as far back as 1931. Women in Sri Lanka are also generally more educated and play a more active role in the country’s economy than their regional counterparts, with relatively high Human Development Indicators (HDIs). And yet, female representation of this country has remained consistently and abysmally low.

What can be done about this?

Several ideas have been put forward, but so far, the quota system seems to be the only pragmatic and politically viable (arguably) solution to the pathetic underrepresentation of women in political institutes of this country. If implemented, parliament would be compelled to allocate a certain number of seats for women and political parties, too, would be legally required to include a pre-determined percentage of women in their nominations, the national list, etc.

Of course, this should be done after careful consideration of various socioeconomic realities and the like, but, as things stand now, it may be the only way. We trust that the new government will seriously consider this matter and come up with a real, feasible solution, and not just pay lip service to resolving what is frankly an embarrassment to one of the oldest democracies in the region.