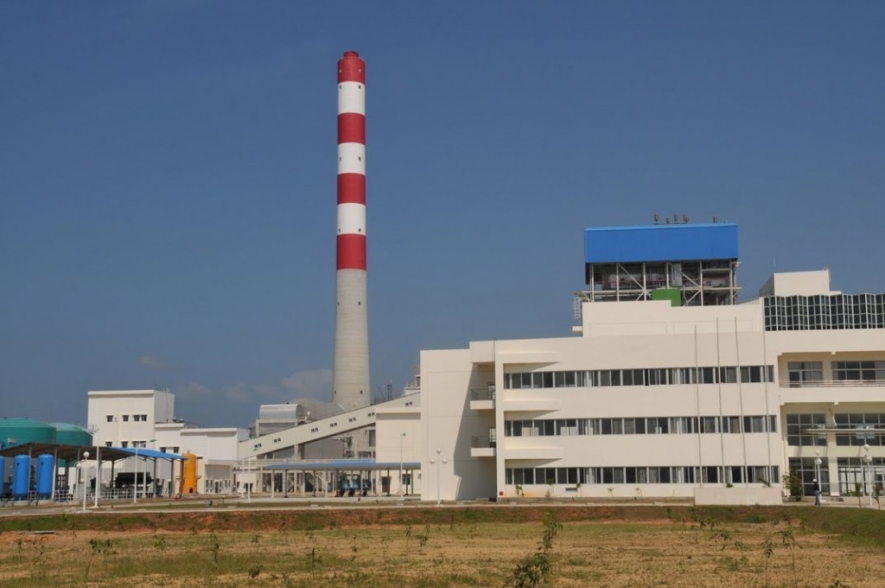 Not for the first time, the Lakvijaya coal power station at Norochcholai suffered a breakdown last week, resulting in power cuts across several parts of the island (Colombo being an exception).

According to authorities, Sri Lanka’s largest power station, the Lakvijaya power plant (often referred to as the Norochcholai plant), has suffered over 20 breakdowns since it commenced in 2011. This does not bode well for a power plant that provides 900 megawatts of electricity for the country’s energy requirements ‒ especially when breakdowns are of a serious enough nature to cause island-wide blackouts, as witnessed in March and February this year.

Fortunately, this time around the power cuts did not last long, and the situation appears to be under control again. Given the alarming number of times the plant has broken down, however, citizens can’t help but wonder: what caused the power failure last Saturday? Are these power cuts taking place so frequently because we’re overworking Norochcholai? Is the Government looking into alternative sources of power, or is addressing the growing need for energy sources not a priority?

Roar spoke to Sulakshana Jayawardena, Director of Development and media spokesperson for the Ministry of Power and Renewable Energy, to find out.

Authorities say that last week’s breakdown was the result of technical issues, not a power plant failure. Image courtesy: colombologistics.com

According to Jayawardena, last Saturday’s (October 15) breakdown at Norochcholai occurred at 10:46 a.m. when a transmission line was disconnected.

Jayawardena said that the incident was not caused because the power plant failed, but because of a minor technical issue that affected several other lines as well.

He explained that last Saturday, the transmission line coming from the Kotmale power station to the new Anuradhapura grid sub-station was allowed to trip (i.e.disconnected) primarily as a safety measure.

“What happened on Saturday was that the transmission line towards the Chilaw grid sub-station was disconnected because of some maintenance work. So only the Anuradhapura line was available at that time. This caused the transmission line from Kotmale to Anuradhapura to disconnect due to a technical issue. With that impact, three units of the Norochcholai power plant were also disconnected, because of a self-protection mechanism,” he said.

Jayawardena explained that a power plant can only be disconnected from the grid if there is a transmission failure or if the power plant itself fails. The malfunction that took place in March was similar to what happened last Saturday.

“The difference this time is that several tubes and valves were damaged, due to pressure from the sudden malfunction,” Jayawardena said.

The repair work has now been completed, and there will be no more power cuts, he assured, adding that the drought that hit the island recently may also have played a part in the malfunctioning of the power plant.

While maintenance work was being carried out, the Ministry of Power and Energy together with the Mahaweli Development and Environment Ministry used water from several reservoirs to generate additional power. Jayawardena added that the recent showers were very helpful for this venture.

Are We Overworking Norochcholai?

According to the Ministry of Power and Energy, “we are making maximum use” of the Lakvijaya power plant, not overworking it. Image courtesy: asiatribune.com

Thermal power sources meet over 70% of Sri Lanka’s energy requirements while hydro-power sources account for only 15%. Hydropower accounts for a little more during the monsoon season, thanks to the heavy showers.

Of the thermal power sources used in Sri Lanka, Norochcholai is the major power plant. However, Jayawardena said that we do not overwork Norochcholai, but we are simply “making maximum use of it,” which, he explains, is the way to go.

“Normally the availability [for power generation] for a plant like Norochcholai is around 85%. It depends on the maintenance work and the usage; however, once the plant commences, it must be used regularly. That is how it is. Shutting down the plant or using it less is not an option because that will negatively affect the performance of the power plant. Only during maintenance will the power plant be temporarily or partially paused. The best option for the plant itself is to use it to its maximum,” he said, adding that shutting down or restarting the plant would prove detrimental to its performance.

Sri Lanka has a total installed power generation capacity of nearly 4,000 megawatts. This includes 900 megawatts of coal power which is provided by Norochcholai, 1,335 megawatts of oil-burning thermal power, and 1,375 megawatts of hydropower.

However, Jayawardena said, it is not possible to use all the power plants at once.

“For example, hydro [power] cannot always be used because water is not available throughout the year. If the wind doesn’t blow, you cannot generate 125 megawatts of wind, which will hinder the renewable energy sources. Furthermore, some plants need to be maintained regularly and during the maintenance, that particular plant cannot be used. Likewise, although we have 4,000 megawatts of installed capacity, usage depends on the availability of power plants,” he said.

Sri Lanka has a long-term plan to increase the installed power generation capacity to 6,400 megawatts by 2025, which means it’s high time we were exploring our options.

Although Sri Lanka signed an MoU with India nearly ten years ago to build a coal power plant in Sampur, Trincomalee, there was much opposition to the proposed project, and it was finally halted last month.

As of now, Jayawardena says, “Norochcholai is our major power plant, in terms of capacity as well as in terms of availability and reliability. He added that “estimated calculations show that a unit cost is around Rs. 8 from Norochcholai, and we can generate 900 megawatts, [which] can also be used throughout, until the next maintenance. So it is the major power plant, but we’re not totally dependent on it. At present, we have another thermal power plant, we have hydro power plants and we utilise those power plants as much as possible to reduce the gap between power generation and demand,” he said.

However, he also said that the Government is, in fact, looking into alternatives for the future.

One possible alternative may just have presented itself this week. The Indian government has offered to build a solar power plant in Sampur, in place of the proposed coal power plant that was scrapped. According to media reports, Indian Prime Minister Narendra Modi made this offer to President Sirisena in Goa, ahead of the BRICS summit.

Given Sri Lanka’s long-term power generation target, and a rise in demand for electricity that can only be expected for a nation so focused on development, it is no doubt imperative that we have a solid power and energy plan in place. No matter how reliable we declare one power source to be, we have learnt the hard way that depending on that one alone can have highly unfavourable consequences.