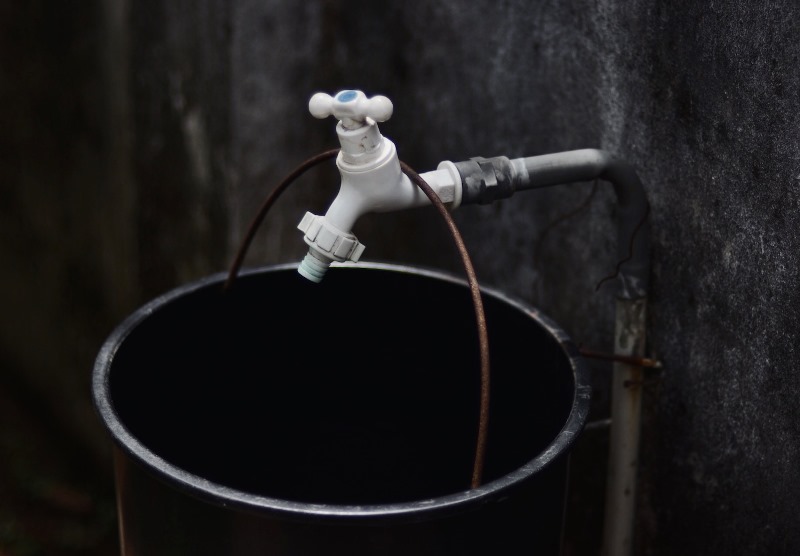 The North Needs Water – How Are We Supplying It?

The Jaffna region has historically faced issues with regard to accessing potable water, partly because it is a peninsula region, and partly because there are no rivers in the area.

The state has recognised this as an issue that needs to be addressed, and, especially since the end of the war in 2009, there has been some debate about what ought to be done.

A solution appeared on the horizon in 2013, when the Jaffna-Kilinochchi Water Supply and Sanitation project was proposed. With financial assistance from the Asian Development Bank (ADB), the Project sought to provide water for the Jaffna peninsula from the Iranamadu tank in Kilinochchi.

Not long after the proposal was made, however, farmers in Kilinochchi protested the use of the Iranamadu tank, fearing it would disrupt their irrigation and agricultural activities. Local politicians also expressed displeasure at the project, following which the project took a detour.

Last year, it was announced that a USD 90 million loan from the ADB would be used for a seawater desalination project instead.

So What’s Being Done Now?

One of the proposed solutions was to obtain water from the Iranamadu tank in Kilinochchi, for use in Jaffna. Image courtesy: picture.lk

Dr. Muttukrishna Sarvananthan, a development economist and founder of the Point Pedro Institute, shed some light on the current a seawater-desalination project that is in place to meet the water supply needs of people in Jaffna.

Essentially, what is happening now is that seawater is being converted into potable water via reverse osmosis (RO). However, he also said that this process is expensive and not feasible in the long run.

“The National Water Board built water tanks in coastal areas, but these are lying idle because they could not get water from the Iranamadu tank,” he explained.

For now, people in areas that do not have access to pipe-borne water depend on bowsers of water brought to them by Government authorities.

Protesters in Jaffna last year, demanding to know whether their water is fit for drinking. Image courtesy colombomirror.com

Dr. Sivakumar, Head of the Civil Engineering Department at the University of Jaffna, explained that taking water from the Iranamadu tank would be the best solution to the water supply problem.

The Jaffna terrain is made up of a 1,000 km² area, around 10% of which is covered by three lagoons, and has a population of approximately 600,000. Many households in Jaffna depend on well water. The drawing of groundwater is unregulated, however, and in some areas (closer to the sea) groundwater has high levels of salinity. According to Dr. Sivakumar, water from the lagoon contains higher levels of salinity than in seawater.

To add to this, he said, “the groundwater is also highly polluted, due to agricultural chemicals used.” He explained that water pollutants also include nitrate, and E. coli, the latter of which is more likely to be found in water sources in and around the Jaffna municipality, as well as petroleum contamination in the Chunnaham area. Last year, there were even reports of protests by people from different parts of Jaffna, demanding that the issue of water contamination be resolved.

As for the water obtained via seawater desalination (RO), Dr. Sivakumar explained that ideally, 70% – 75% of water should come from other sources, i.e. surface water, and at any given time, a maximum of 20% – 30% of the water supply project should be supplemented by reverse osmosis.

“This is a bad idea – it is not very sustainable,” said Dr. Sivakumar, adding that people from the areas where seawater is acquired for desalination also complain that fishing activities will be disrupted.

The Need for A Sustainable Solution

Many families depend on water supplied via bowsers. Image courtesy tamildiplomat.com

According to Dr. Sarvananthan, the present reality is “not that severe.” The question, nevertheless, is how much longer we can sustain present methods of water supply.

“It depends on the area, actually. Further away from the coast, the water is fine, and well water can be used. The islands have historically had problems. Even the underground water is salty, and can’t even be used for agricultural purposes. In Point Pedro and Velvettithurai, people living closer to the sea have to come inland daily [to obtain water],” said Dr. Sarvananthan.

Dr. Sivakumar is of the opinion that the original Iranamadu plan would be the most feasible. He pointed out that the water in Iranamadu comes from the Mullaitivu river, and that this is water that must be utilised for the entire Northern Province.

“At the moment there is no sustainable development proposed for the long term,” he said, adding that it is an uneconomical option, because “the capital and maintenance costs of reverse osmosis are comparatively higher than treating surface water.”

Other solutions have been considered in the past – such as rainwater harvesting. The problem with this, is that the Northern province does not receive much rainfall to begin with.

Both Dr. Sivakumar and Dr. Sarvananthan do believe that if the Iranamadu project is carried out carefully, there is a way to keep all parties happy.

“In Kilinochchi, there is an overuse of water for irrigation. What they could do is educate farmers on how to economise water use,” said Dr. Sarvananthan.

Dr. Sivakumar meanwhile said that the best solution would be to raise the Iranamadu bund, which would help execute a water supply project that could supply sufficient water to the Northern Province over a period of fifty years.

What we’re left with, in the end, is a possible solution that needs to be tackled both carefully and efficiently, so that access to clean drinking water will not be a problem for the people of the North.