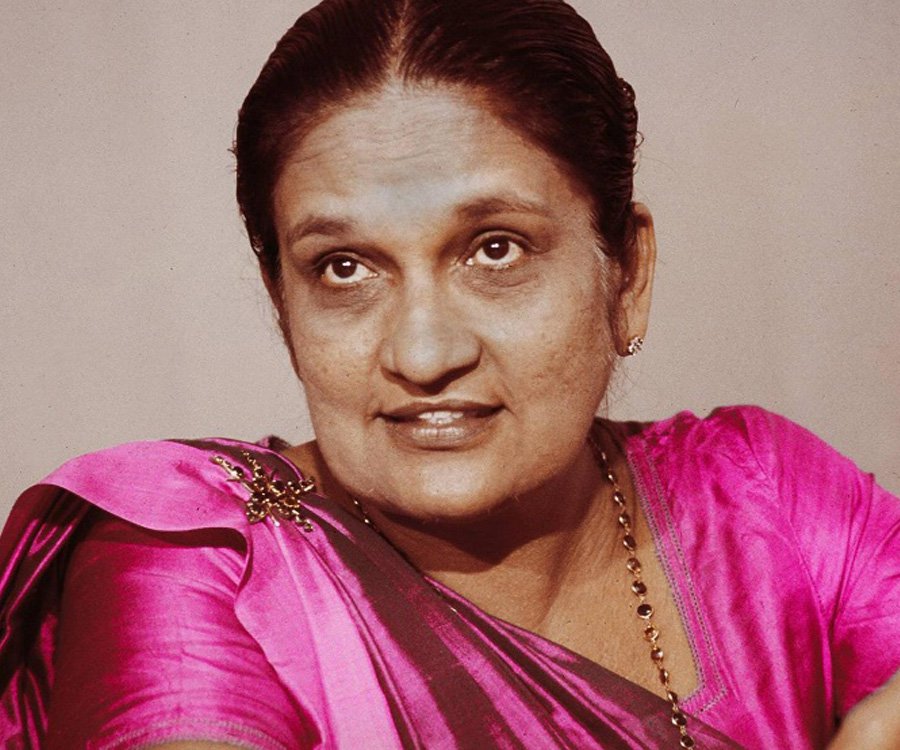 While the U.S. has arguably shown the world that it would rather have a leader that grabs pussies than has one, in South Asia only the Maldives and Bhutan (which is a patrilineal monarchy in any case) have not had a female head of state. Political scientists have been fascinated by this exceptionalism of female leadership in Asia but much of the research says the same thing.

Or be born of one. Or take up your husband’s political mantle after his (inevitable) assassination. And then give birth to more political leaders, women and men alike. The above quote is actually a journalistic one, not a theoretical supposition. Yet, much of the research around female leadership Asia tends to say the same thing: women leaders are the consequence of dynastic political cultures. While there is still space for men to rise through meritocratic means, women’s ascendance in the political ladder seems reliant on personal and familial ties to politically powerful men. However, the fact of the matter is that they are democratically elected leaders ‒ most are re-elected more than once, juggling power politics for decades even. Surely, there is more to be attributed to these leaders’ political wit than generally afforded to them?

Our own Sirimavo Bandaranaike and Chandrika Kumaratunga (CBK) are perhaps a case in point for that quote on marriage and politics. Former Prime Minister Bandaranaike, on the occasion of her husband’s death, found herself coaxed into taking up his political mantle for the sake of the party even though she had no previous political experience.[iii] CBK crafted a political persona for herself before she married actor-turned-politician Vijaya Kumaratunga, then a rising star in the SLFP. Yet, once they broke away from the SLFP to form the short-lived Sri Lanka Mahajana Party (SLMP), Kumaratunga became its leader and CBK only took up the mantle of SLMP leadership after his assassination.

Nepal’s current head of state, Bidhya Devi Bhandari, is often quoted as the wife of a popular Communist leader but her political activity goes back to her leadership in student unions in the 1970s. When her husband was killed, she stood in a by-election for his post and won. Since then, she has held portfolios for Defence, Environment, and Population, prior to standing for election in 2015, backed by 14 political parties in the Nepali parliament.

In Bangladesh,[ii] for almost twenty seven years now, the premiership of the nation has been alternating between two women, Sheikh Hasina and Khaleda Zia. For even longer, (since the 1980s) each of them has led their respective parties, the Bangladeshi Awami League and Bangladesh National Party. Sheikh was the daughter of the first President of Bangladesh, Sheikh Mujibur Rahman, while Zia is the widow of former President Ziaur Rahman.

State-level leadership by women is perhaps more so formidable. We tend to forget the significance of local governance in South Asia. To take the reins of a state in India is akin to governing a country, considering both geographic and demographic dimensions. Uttar Pradesh, the largest of Indian states numbering over 200 million in population, was under the leadership of mononymous Mayawati in 1995 and 1997, and then from 2002-2003, and then again from 2007-2012. Even more remarkable than her gender is the fact that Mayawati is a Dalit while Uttar Pradesh, couched in the very north of India, is a hotseat of casteism. In the 77-million populated state of Tamil Nadu, Chief Minister J. Jayalalithaa, or Amma as she was popularly referred to, had been in and out of office (democratically) since 1991 ‒ a whopping 25 years until her passing away. She had led the ADMK party since the 1980s, after the death of Chief Minister M. G. Ramachandran, competing for leadership with none other than Ramachandran’s own wife, Janaki Ramachandran.

Two months after Jayalalithaa passed away, the reins were handed over to Sasikala Natarajan, or as she is more colloquially known, Chinnamma. This word means the younger sister of one’s mother, linking her back to the original Amma. However, charges of corruption levelled against her by competitor O. Paneerselvam have recently resulted in her incarceration.

A sari wrapped demurely across one’s shoulders and a portly roundness that emanates (motherly) warmth: this performance of femininity forms an important part of female leadership in South Asia.

In a highly patriarchal society, women leaders have had to play the politics of gender so they can play politics proper. Although Jayalalithaa was a movie starlet in her youth, she took on the mantle of Amma through her political career, creating a cult of personality around this mother-figure in place of the movie-star cult following. Natarajan’s popular name Chinnamma demonstrates the same family-oriented signification. Similarly, Mamata Banerjee is known as ‘Didi’ or older sister. When S.W.R.D. Bandaranaike died, Sirimavo’s representation in media featured pictures of her mourning, earning her the nickname ‘Weeping Widow’, and carving public sympathy towards her and her eventual political leadership.[iii] And Benazir Bhutto, the former Prime Minister of Pakistan, amidst her dedicated feminist politics, conceded to an arranged marriage as it was deemed more politically acceptable.[iv]

But the masculine political world in South Asia mirrors these very same tropes and family political ties that are so often singled out as the main factor behind women’s political ascendancy. If we look at Sri Lanka alone, we know that the incumbent Prime Minister is a descendent of the Senanayake dynasty that has led the country since its independence. The trope of ‘fathers’ of the nation again plays on the gendered roles of male benefactor and progenitor, such as used to refer to D.S. Senanayake, Muhammad Ali Jinnah of Pakistan, or Mujibur Rahman of Bangladesh. Who could forget that Mahinda Rajapaksa was everyone’s uncle, or maama? The cult of personality equally follows movie-star-turned-politicians like M.G. Ramachandran and Ranjan Ramanayake. And what of marriages of convenience for non-heterosexual male politicians?

While we struggle to explain this seeming exceptionalism of female political leaders in South Asia, we are guilty of yet again holding women to a different standard, looking at them through a different lens than men. These are important issues to reflect on considering the 30% quota for women nominations at local governance level. There has already been concern over whether this will simply buttress existent support for male politicians by nominations of their female relatives. Though this is fair criticism, the same is true of any other male relative who may similarly be nominated. Why then this acute critique when it comes to women’s representation? Perhaps yet another politically-connected Prime Minister or President may be in the making through this very same mechanism. Or perhaps it will open up real meritocratic means for unconnected budding women politicians. Perhaps, instead, these selective gender-based criticisms leveraged as genuine ‘concern’ merely hijacks and mutes useful conversations on the real political abilities of women leaders, dynastic or otherwise.

Editor’s note: This article previously stated that Mayawati had been in office “since 2003”. This has now been corrected.