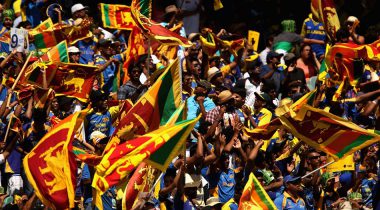 “Accountability and transparency in administration and credibility of conduct were lost in a mad power struggle that would leave Sri Lankan cricket with no consistent and clear administration. Presidents and elected executive committees would come and go; government-picked interim committees would be appointed and dissolved.”

Those were the words of Kumar Sangakkara, delivering the MCC Spirit of Cricket Lecture at Lord’s in 2011.

Six years on and little has changed. Sangakkara’s critique centred around Sri Lanka Cricket’s perpetual state of chaos post-1996 World Cup win. Since that momentous achievement, which succeeded in placing Sri Lanka firmly on the cricketing map, control of Sri Lanka Cricket (formerly the Board of Control for Cricket in Sri Lanka) has been bounced around between successive Executive and Interim Committees, all appointed either democratically or at the whim of whichever government was in power at the time. Allegations of corruption and financial mismanagement have been bandied about to justify the exorcism of any particular regime, allegations, it should be noted, which have never been proven beyond conjecture.

The man at the centre of several of these controversies is the man presently in charge of Sri Lanka Cricket, Thilanga Sumathipala, heading up the organisation for a record fourth term as President. To reach an understanding of the degree of instability, one must take into account that none of his previous three tenures have lasted more than a year; this present one, too, is a little over a year. And like clockwork, the cracks are already beginning to show.

Unbeknownst to the public, several members of the Sri Lankan sports media have, since the turn of the year, been receiving anonymous emails from the originally titled “SLC Leaks,” purporting incriminating news of the internal ongoings at Sri Lanka Cricket. The emails, which have been increasing in frequency as of late, are regularly signed off with the line “WE THE STAFF OF SLC STAND TOGETHER TO FIGHT CORRUPTION !!!” Followed by a request to journalists, to investigate if the allegations are accurate.

Roar’s investigations into some of these ‘leaks’ proved mostly futile as any sources capable of verifying the rumours were reluctant to go on the record. However, Sumathipala himself did, in a roundabout way, confirm the veracity of some of the leaks when answering a question on whether the leaks were being investigated and if they were true.

“Some are not true, I’m not bothered. It’s something you have to learn from whatever organisation you’re running. It’s not good,” he said.

Sumathipala then went on to speculate on who he thinks might be responsible for the leaks, noting that it may be the work of several disgruntled former employees.

“I think certain people who have not extended their services in the cricket board. Media manager was removed, marketing was removed, they were all up to mischief. If somebody’s not doing a good job I’ll fire, but when you have that attitude there are people who are a bit affected by that. They want to hold on to their position. So now they’re all outside and they’re smarting, and just watching and waiting for us to fail.”

Without going into detail, the leaks allege instances of financial mismanagement, name high ranking officials with suspicious links to the clubs involved in an ongoing match-fixing inquiry, and talk of an overall atmosphere of malcontent within SLC.

A Brief History Of SLC And Sumathipala

Much to the chagrin of his critics, however, Sumathipala has a relatively clean record on paper. His first two terms were both cut short by the government. After taking over from Upali Dharmadasa in 1998, who himself took over from the esteemed Ana Punchihewa in 1996, Sumathipala in 1999 saw his executive committee forced out of office for legal reasons, with his opponents alleging intimidation in an ugly election campaign the previous year, allegations he strenuously denied. He was reelected again the following year but that stay too was curtailed prematurely, this time on the pretext of a constitutional technicality by then sports minister, Lakshman Kiriella. Thus began a 26-month period where government-appointed interim committees ran Sri Lanka Cricket, only ending in 2003 when Sumathipala was elected once more in the first SLC elections for three years.

Sumathipala’s victories in 2003 and 2016 bear several similarities, chief amongst them landslide victories against Arjuna Ranatunga. They also brought with them long-term plans to better the sport in the country. The similarities between the sets of plans are startling, and, some might say, speak to Sumathipala’s unerring vision, which was interrupted less than a year after being taking power in 2003, as he found himself embroiled in yet another scandal ‒ one that would drag on for four years, see him sentenced to prison, but then later acquitted upon appeal.

This last set of events clearly had an impact on Sumathipala, who found himself out of the cricketing limelight for several years, wherein the sport was run under the thumb of the government via a stream of interim committees for seven years until 2012, which was the start of a period when Sri Lanka Cricket arguably hit its nadir. This period saw government involvement arguably at its highest, as SLC debts ballooned, leading eventually to an unsightly contract wrangle which pitted several senior players against the board. Cricinfo has a neat summary of events here, along with an in-depth look at 2013 which was particularly bad.

Sumathipala eventually made his triumphant return to SLC in January 2016, this time taking to the election trail alongside his one-time enemy Jayantha Dharmadasa, and arguably one of the most respected figures in Sri Lanka Cricket at present, K. Mathivanan.

That Sumathipala won by a landslide is no surprise, however it does bring into question some inherent flaws in the election process. An ICC executive this past week spoke of Sumathipala’s “toxic electioneering” as a reason as to why he wouldn’t have made a suitable interim ICC Chairman. Several times in the past, similar accusations have been made of the SLC election process.

The most recent came in 2015 by then interim committee chairman, Sidath Wettimuny, who flagged the need for constitutional change on several occasions.

“There will be 147 votes, which I think is absurd. We have the biggest voting system in this world and I think it’s a joke. There are also 22 people who sit around a board table, which is crazy. These are the problems, and unless we address them we will periodically have these issues.”

The 147 votes in question are up for grabs from the various domestic clubs. This leads to a situation where loyalty counts for much, and Sumathipala is a man who has almost universal backing. It would be unfair, though, to put this down to simply a matter of chequebook politics; Sumathipala can be faulted for a lot, but he will scarcely be found wanting for a lack of vision and drive in addressing the needs of the clubs. This, in the end, is both his strength and weakness, a desire to things his way, to the point that several proposals put forward by the interim committee were sidelined upon him taking office.

If history is any indication, Sumathipala’s reign is bound to come to an end sooner rather than later. However, a few elements are going in his favour at present. For one, he seemingly has government backing, illustrated by his cozy relationship with Sports Minister Dayasiri Jayasekera. This, along with the fact that Sri Lanka Cricket barely averted the wrath of the ICC last year over its last interim committee, reduces the chance of another interim committee being appointed anytime soon.

Sumathipala also has the backing of his constituent clubs, something which will assure he be reelected at the next election. Despite this, the surfacing of leaks from within SLC and recent scathing editorials in local publications with regard to the national team’s performances, leads to a scenario that can scarcely be defined as stable.

Sumathipala also cannot afford to lose the administrative credibility brought in by the likes of K. Mathivanan and, to a lesser extent, Jayantha Dharmadasa. The resignation of one or both will surely ring the death knell for this present rendition of SLC. Nevertheless, Sumathipala’s teflon-like ability to have none of the mud his detractors have thrown his way stick, has ensured that Sri Lanka Cricket may finally get a chance to see if he can actually back up his promises with action. History, however, is most certainly not on his side.