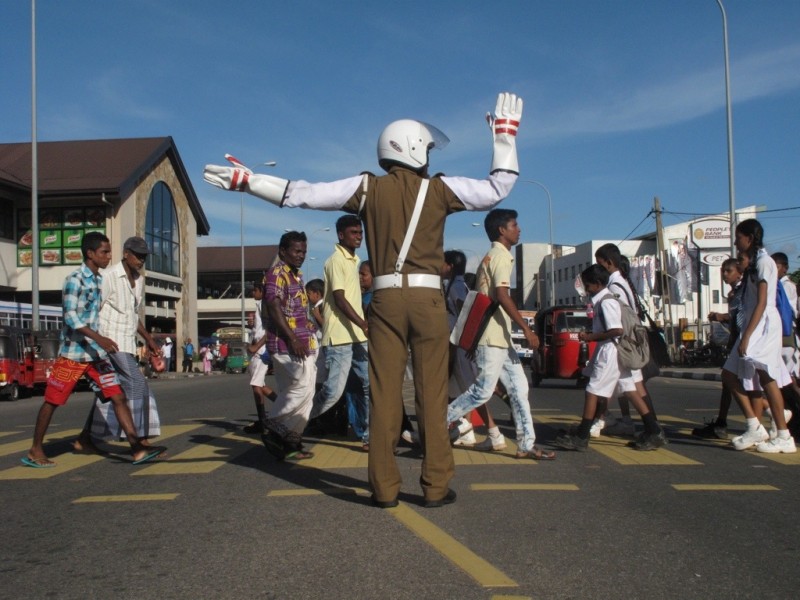 Poll: Are You Happy With Sri Lanka’s Law Enforcement?

Sri Lanka’s law enforcement isn’t exactly anybody’s favourite national institution ‒ in fact, over the years the Sri Lanka Police Service has been on the receiving end of criticism, for issues ranging from abuse of power, to more problematic allegations of torture. Newspaper headlines every now and then call for a need to police the police while, just as frequently, we read or hear of reports pointing to either police clashes, or police involvement in crime ‒ the recent Embilipitiya incident being a good example. With incidents such as this, the initial action taken is often to have the police officers in question transferred; the issue is then hushed up, or dragged on for so long that it eventually dies out.

Lately, however, both the state and the Police themselves appear to have taken initiatives to address issues within, and complaints about, the police force. The current operation of the once defunct independent National Police Commission is one such initiative.

According to Commission Secretary, N. Ariyadasa Cooray, the Commission has recorded 792 public complaints against the Police force, from October 14, 2015 to March 15, 2016. Among these complaints, he says, a trend can be noted, in that most of them relate to three main issues: inaction, abuse of power, and partiality in handling conflicts.

While it does feel reassuring to note that we have the option of making our grievances heard, how satisfied are Sri Lankans with regard to the conduct of our Police force, in general?

Take our poll and let us know.

Should you have any other thoughts on this matter that you’d like to voice, feel free to leave them in the comments section below.