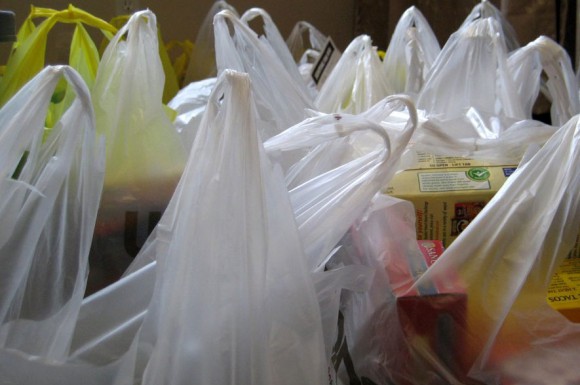 This week’s announcement by the Government of a ban on polythene lunch sheets, rigifoam boxes, and shopping bags starting September 1 has been met with tumultuous applause, as expected. However, questions remain as to the practicality of enforcing such a blanket ban and whether or not it would instead prove counterproductive.

In 2006, then Environment Minister Maithripala Sirisena prohibited the manufacture, sale, and use of polythene or any polythene product below 20 microns in thickness. It appears the new regulations will be an extension of this.

As a short-term measure, according to Cabinet co-spokesperson Minister Gayantha Karunatilleke, a ban will be enforced on the use of polythene for decorative purposes. The use of polythene less than 20 microns in thickness will require written approval from the Central Environmental Authority (CEA). The import, production, and sale of lunch sheets as well as plastic plates, cutlery, and rigifoam boxes will also be banned.

The sale of food (processed or otherwise) wrapped in polythene will be curtailed. The CEA proposes to introduce biodegradable alternatives to polythene such as reed (පන්), paper, or cloth bags, in addition to popularising biodegradable forms of plastic.

There will also be an islandwide ban on the burning of polythene and plastic items in open spaces.

The manufacture of biodegradable plastics remains prohibitively expensive; the Government will, therefore, introduce tax concessions for the import of the machinery required for such production. As a medium-term solution, a 15% cess tax will be imposed on the import of plastic raw materials and goods.

The President has also proposed a blanket ban on import of recycled plastic, as a long-term measure.

Even with the adoption of thick lunch sheets since the 2006 regulations, Sri Lankans have, for decades, been wrapping their meals in plastic lunch sheets, a habit that will not be easy to break out of.

When asked about the practicality of this new rule, CEA Chairman Prof. Lal Mervin Dharmasiri told Roar that the idea is to get people to gradually make the switch from polythene to either biodegradable polythene or other, more environmentally-friendly alternatives.

“We are promoting biodegradable polythene. It is available in the market, but the cost is high. There are several manufacturers producing it, but they’re not in a position to sell their products due to competitive prices in the market. Now [once the ban is enforced] they will be able to sell and the market will be ready to purchase,” he said.

Prof. Dharmasiri suggests alternatives such as paper bags, handcrafted bags made of reed and other locally produced, biodegradable materials.

“People can also use reusable [as opposed to single-use bags],” he said, cautioning that the reusable bags shouldn’t be made of plastic.

Explaining that it will be high density polyethylene (HDPE) that will face the ban hammer, Prof. Dharmasiri said it includes, but is not limited to, shopping bags, garbage bags, and other items that have an elastic quality to them.

As a replacement for lunch sheets, the CEA Chairman recommended oil paper and other types of paper laced with a thin layer of polythene.

“Why not just bring a [reusable] lunch box?” he said, when pointed out that some people may find it difficult to switch from lunch sheets to oil paper or banana leaves due to practical reasons.

There has been research carried out internationally that suggests the use of paper bags over polythene bags could, somewhat counterintuitively, leave a bigger carbon footprint. The reason: manufacture and transport of paper bags expend more energy than their plastic counterpart.

Asked to comment on this, Prof. Dharmasiri said: “That argument is there, but paper we can reuse, and we can even recycle it.”

There can be no doubt that plastic and polythene are causing untold damage to the environment. A blanket ban may seem like a good idea, but there are other factors to consider. Let us know your thoughts in the comments.