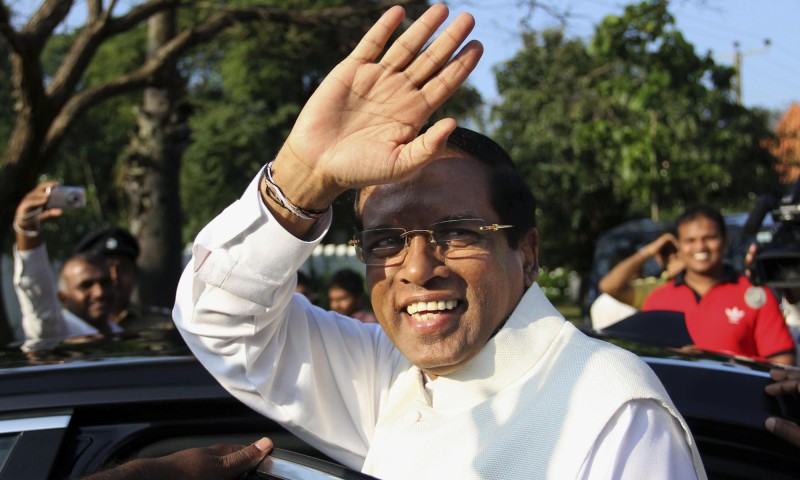 On January 8, 2015, Sri Lanka voted President Maithripala Sirisena into power. When he first announced his Common Candidacy towards the end of 2014, Sirisena’s campaign promised an end to some of the public’s biggest concerns with the previous regime. Popularly dubbed the ‘100 Day Plan’, this manifesto inspired a majority of people, regardless of class, religion and ethnicity, into electing him as the executive leader of Sri Lanka.

First off, we’ll take a look at…

The Promises Delivered (And To What Extent)

When it came to the implementation, the plan was delayed and went off the track when 27 members were appointed to the Cabinet on January 12, 2015: two additional members, and one day late. This seemed harmless enough at the time; afterwards, however, on January 21 and March 22 to be precise, another 11 members were included into the Cabinet. Additionally, not all political parties represented in the Parliament were included in the Cabinet.

Following the General Election held August 17, 2015, and with the initiation of the National Government, the number of Cabinet ministers was increased to 47 – including the President and the Prime Minister. This Cabinet included members from the UNP, Sri Lanka Freedom Party, United People’s Freedom Alliance, and Jathika Hela Urumaya.

Unfortunately, what first looked like a solemn attempt to fulfill a promise, took a detour after the Parliamentary elections.

A National Executive Council was instead set up on January 15, 2015. The Ven. Maduluwawe Sobitha Thero was appointed Convener of the council. Although the Council was set up to ‘strengthen democracy’, there was speculation as to what would come out of it. In May last year, the JVP announced that they would no longer participate in the Council.

Special Commissions such as the The Committee Against Corruption (CAC) and the Presidential Commission of Inquiry to Investigate and Inquire into Serious Acts of Fraud, Corruption and Abuse of Power, State Resources and Privileges (PRECIFAC) were appointed.

And the Unfulfilled (Or Dare We Say, the Forgotten)

Following the demise of the Ven. Maduluwawe Sobitha Thero on November 8, 2015, the President renewed his pledge to abolish the executive presidency out of respect to the Venerable Thero’s work.

Although the proposed Code of Conduct was to be introduced for observation by all representatives of the people, no such code of conduct has been published yet.

Despite pledges made during the presidential campaign, President Sirisena has himself been accused of nepotism since becoming president. A few days after President Sirisena took power, his brother Kumarasinghe Sirisena was appointed chairman of the state-owned Sri Lanka Telecom.

President Sirisena’s son-in-law Thilina Suranjith was appointed public relations officer at the Ministry of Defence in February 2015. Sirisena himself is Minister of Defence.

In September 2015, President Sirisena’s son Daham accompanied his father as he visited New York for the Seventieth session of the United Nations General Assembly. Despite having no official role, Daham sat with the Sri Lankan delegation in the United Nations General Assembly and accompanied his father as he met world leaders such as Prime Minister of India Narendra Modi, and President of the Swiss Confederation, Simonetta Sommaruga.

Sirisena’s daughter Chathurika, who also has no official role, has been the guest of honour/chief guest at several Ministry of Defence events.

10 out of 25 promises delivered, not bad, but still a long way to go. Image Credit: manipalworldnews.com

All in all, President Sirisena’s 100 Day Plan had 25 promises and pledges that were introduced during his campaign as the Common Candidate. However, only 10 out of those 25 promises have been fulfilled, according to 100days.lk.

In conclusion, President Sirisena still has a long way to go. Yahapaalanaya is often doing the rounds on media – both social and otherwise (and not just when Enrique comes to town…) – but one year down the line, things haven’t changed as much as we may have hoped.

It has been just one year in office for President Sirisena, however, so he still has time to fulfil the promises that helped bring him to power. As citizens and media, it is up to us to remain vigilant to ensure the wrongs of the previous governments aren’t repeated.

To keep in touch with news and politics, look out for our weekly news round-up as we bring you the latest in both local and international news.