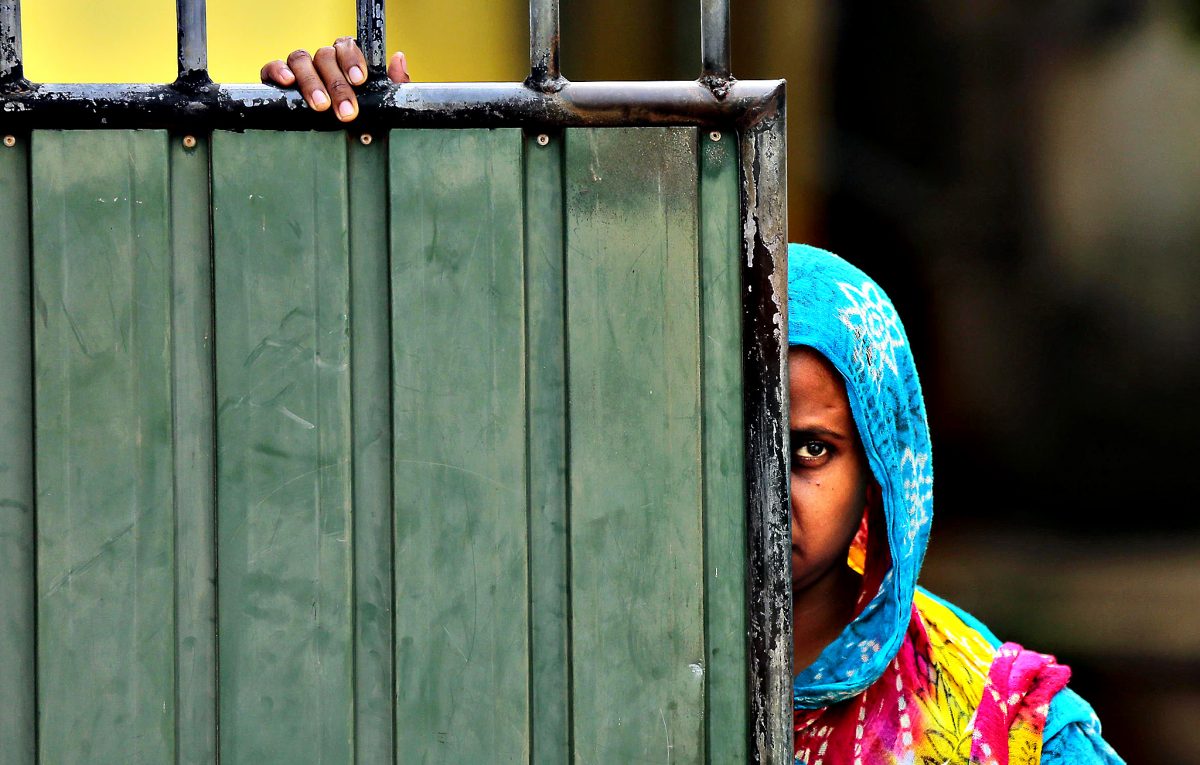 Sri Lanka’s Muslim Personal Law is making headlines, and not for the first time. Just last week, the Government announced the appointment of a new Cabinet Sub-committee to look into revising the controversial 1951 Muslim Marriage and Divorce Act (MMDA).

This isn’t the first committee appointed to look into the matter; a previous committee was appointed in 2009 to discuss and propose reforms to Muslim personal law, but the committee has since drawn criticism for failing to release a report or reveal progress in its discussions.

Long before this, however, Muslim women around the country have been articulating in multiple forums the discriminatory practices they have been facing under the MMDA, which allows room for practices such as child marriage, unfair divorce, marital rape, polygamy, limited access to justice and other such anti-women practices. Furthermore, these discriminatory practices that Sri Lanka’s Muslim women face are often deemed to be ‘Muslim issues’ which must be dealt with by the community, and are therefore not considered a problem for the state. A great stumbling block for initiating discussion, let alone reform, has thus been the state issue vs. community issue debate.

The new appointment of yet another committee to look into Muslim personal law reforms comes in the light of an EU delegation visit to Sri Lanka. Image credit: flickr.com/Brett Davies

However, it appears that Sri Lanka may now have to act fast in addressing the issue of MMDA reforms. The extra pressure comes in the light of an European Union (EU) delegation that is in Sri Lanka this week to discuss GSP+ concessions, as well as progress on reconciliation- and women’s empowerment- related issues.

This has pushed the Government to appoint the new Cabinet Sub-committee, in addition to the already existing committee that was appointed seven years ago, to look into the discriminatory practices under the MMDA and provide recommendations to reform the Act.

In this light, the Muslim Council of Sri Lanka (MCSL) released a statement welcoming the appointment of the new committee. However, the MCSL also said that “There is certainly a need (to) amend the Muslim Marriage and Divorce Act, but this has to be done in consultation with the Muslim religious leadership and the Muslim community in Sri Lanka, and not at the dictates of the European Union or the International Community.”

As previously mentioned, these consultations with religious leaders and the community (and not always women, who are the most injured party at this juncture) have been going on for a while now. Hasanah Cegu Isadeen, a lawyer, independent researcher, and activist, had this to say on the matter:  “All along, certain members of the Muslim community have been saying that this is the Shariah Law and nothing can be done about this issue. But now that the discussions of the EU GSP+ concession have come up, in order to avoid international pressure, it becomes convenient for these members to decide that they should take matters into their own hands.”

Given that the 2009 (MPL) Reforms Committee has been dragging its feet for so long, perhaps the pressure from the international community will push the Government to make the much-needed amendments, even if it falls under the purview of obtaining GSP+ concessions.

Speaking to Roar, Hyshyama Hamin, gender consultant and independent researcher, said, “We have seen at least three national committees since the 1970s to look into this matter, but there has been no progress on the reforms whatsoever. And we have come to a point in time where, the State has to take ultimate responsibility to fully guarantee fundamental rights to all citizens, including minorities, of the country.”

Recent reports indicate that the MPL Reforms Committee will finally release its report by this month. However, the availability of the committee report to the public is uncertain. In this regard, Isadeen told Roar, “The committee report should be made public. Something as crucial as this that can entirely change the law should be made public. As citizens of this country, we have a say in this, to comment on it and remove the discriminatory provision that has undermined us all along.”

[A petition pushing for the committee report to be made public can be signed here.]

The Problem Of Article 16

The overriding power of the MMDA has also drawn plenty of attention to the significant impact Article 16(1) has on Muslim women, and why it needs to be repealed by the Constitutional Reforms Committee when drafting the new constitution. Article 16, in a nutshell, dilutes the supremacy of the Constitution as it ensures that all laws in existence before the promulgation of the Constitution are valid even if they disregard or defy the fundamental rights of the country.

According to a statement released by the Women’s Action Network (WAN), a collective of activists and human rights organisations from across the country, “Article 16, by upholding the MMDA sans reforms, renders Muslim women second-class citizens by not guaranteeing them equal protection under the law.”

The MMDA And Its Pitfalls

The MMDA fails to stipulate a minimum age of marriage for Muslim women, but this isn’t its only shortcoming. Image courtesy: thebrunettediaries.com

One of the major concerns regarding the MMDA is its failure to stipulate a minimum age of marriage for women of the Muslim community. However, for all other citizens in the country, with the exception of Muslims of course, the marriageable age is 18. Similarly, in Sri Lanka, sex with a girl under 16 years is considered to be statutory rape (i.e. considered rape even if it was consensual sex); Muslim girls don’t fall under either equation, and can be married off as young as 12, with the permission of the Quazi (magistrate/ judge of the Shariah court); this is even more problematic when considering that Sri Lankan law does not recognise marital rape as a crime.

It is illogical enough that a different minimum age of marriage applies to a minority community; it is even worse for a country that chooses to adhere to global standards of implementing child rights through commitments, such as the UN Convention on the Rights of the Child and the Convention on the Elimination of All forms of Discrimination Against Women (CEDAW). Activists have pointed out that it is hypocritical that the plight of Muslim women somehow conveniently comes under the issue of cultural sensitivity in the light of these matters.

Statistics show that early marriages are most prominent in districts such as Batticaloa, Puttalam, and certain parts of Colombo. Registered Muslim marriage data from two districts in the Eastern Province indicate that over 143 cases of underage marriage had taken place in 2014, and over 118 cases in the first few months of 2015, implying that such marriages are on the rise.

There are also concerns that MMDA reforms will only concentrate on introducing a minimum age of marriage for girls, and overlook other discriminatory practices. Hamin was also apprehensive in this matter, stating that the reform will probably make an effort to only increase the age up to 16 and not 18 and therefore will not coincide with the general law.

There are other issues that need to be looked into as well. To name a few other disabilities – there are divorce and polygamy concessions which unfairly favour men and take place even without the knowledge of women. A director at the Islamic Women’s Association for Research and Empowerment (IWARE) in Kattankudy, Batticaloa, told Roar that “Issues such as child marriage and divorce are increasing by the year. The predominant issue faced by women in Kattankudy is maintenance as it is very easy for men to file for divorce and pay a very minimal amount of maintenance to the wife and children, or avoid paying the sum at all. This is a major concern that has to be addressed by the Committee.” She went on to say that the reforms should also look into the matter of women holding positions of authority in the Quazi court system. Isadeen also stressed on this matter, stating that the topic of female Quazis is one thing that might be completely disregarded.

The future of Sri Lankan Muslim women’s rights now depends on the decisions that will be made over the coming months. Image credit: muslima.globalfundforwomen.org/Shifani Reffai

It is expected that appealing for a reform in the Constitution will also ruffle a few feathers. Not everyone will be left happy with this decision, especially those who want to maintain the status quo claiming that it is nothing but the best interest of the community they have at heart.

One common argument is that the MMDA is based on the Islamic Shariah law, and that this is important to Sri Lanka’s Muslim community and therefore should not be tampered with. But the catch here ‒ which not everybody appears to be aware of ‒ is that the MMDA is not solely based on the Shariah law; it is also largely shaped by local customs, local patriarchal customs. For instance, why does the MMDA allow anti-Shariah practices such as kaikuli (dowry) which is forbidden in Islam?

In comparison to our other Asian counterparts, despite their situations being just as bad, discussions are a lot more vibrant and active than in Sri Lanka. Countries like Pakistan and Bangladesh have already banned triple talaq, while India is strongly advocating against the talaq system and polygamy. Even the minimum age of marriage for countries like Pakistan and Bangladesh are 16 and 18, respectively. Countries like Indonesia and Malaysia have female Quazis. This clearly implies that these are not just ‘Muslim issues’, but archaic socio-cultural practices.

Sri Lanka now has not one, but two committees currently looking into the issue of Muslim marriage law reforms. In the following months, the findings and recommendations of these committees will come under significant scrutiny by all Sri Lankans who have been actively campaigning for reforms over the decades. How far these reforms play a role in the new Constitution will determine the future position of Muslim women across the country – that is if they are to be treated equally, or are to be forsaken as second-class citizens.