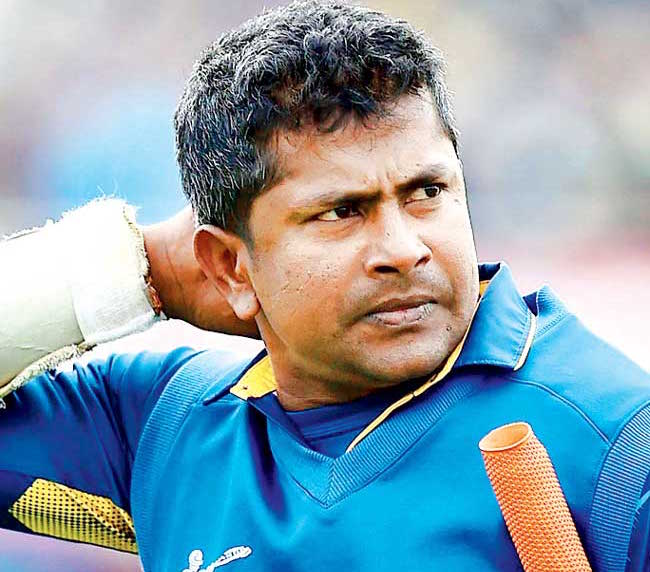 “Left-arm spinners cannot unclog your drains, teach your children or cure you of disease. But once in a while, the very best of them will bowl a ball that will bring an entire nation to its feet. And while there may be no practical use in that, there is most certainly value.”

After Chittagong, March 31, 2014, anyone would be forgiven to think Shehan was writing about Rangana Herath ‒ Rangi, to his fans. After all, Rangi did bowl, not only one, but five deliveries that brought an entire cricket-crazed nation to its feet, and also etched himself into the upper echelons of cricketing history as the guy who bowled the best spell in a T20 International.

On April 17 this year, Rangana Herath, Sri Lanka’s premier spin bowler, announced his retirement from ODI and T20 cricket, creating another deep and wide chasm within the Sri Lankan cricketing ranks. However, in looking back at a career that personifies true grit and the power of perseverance, Roar thought it was apt to publish this tribute to Rangi, Sri Lanka’s silent achiever.

Physically, there are very few international sportsmen, let alone cricketers, who are as inconspicuous as Rangana Herath is. If you saw him in the street it would be easy to mistake him for a mudalali (grocery shop owner), than recognise a former world rank number two test bowler. In an era of big bulging muscles, crazy diets, level-of-skinfolds-deciding-if-you-play-or-not, and the number of directions you can turn the ball deciding the worth of a spinner, Rangi has been able to make old school cricketing skills as relevant as they have ever been. At nineteen, Samit Patel was considered one of England’s brightest young stars; however, Andy Flower refused to pick him until Samit fit into the correct percentile of weight allowed for an English cricketer. It makes one shudder to think of what could have happened, had Rangi shared the same fate.

But make no mistake, behind the short, tubby, smiling stature lies a true genius with a 5.5-ounce leather ball. Where Murali with all his freakishly amazing talent was a magician, Rangana Herath is more like an Auror from the Ministry of Magic, methodical, calculating, but brutishly effective. A true source of power that operates on a different level. What he lacks in physical prowess and mystery spin, Rangi makes up for with tactical brilliance. As a shrewd operator, the way he makes use of the bowling crease, flight and dip of the ball, and the angle of delivery in out-thinking a batsman is brilliant to watch. Such is the subtlety of how he does it, we, the spectators, often miss the unfolding of his plan until the batsman is out. He will start in front of the umpire, then slowly go wider and wider on the crease. Sometimes he’ll bowl round arm to change the angle of the ball, setting up the batsmen until they completely misread the line or the length, bringing on their own demise. What’s amazing about Rangi is not just the way he sets up a batsman, but the level of accuracy with which he does it.

The story of Rangana Herath is one that almost never happened ‒ for the most part of his early career, he was heavily under the shadow of Muttiah Muralitharan, arguably the world’s greatest spinner. It was definitely not an easy act to follow. Once Murali hung his cap and smile, Rangi stepped up to fill the great man’s shoes. Even that nearly didn’t happen. Rangi was five hours out of London, ready to go to the gym when he got the call asking if he was available to play in Galle in two days’ time. It was fate that got him there.

Having the responsibility of being the country’s number one spinner helped him lift his game, but he was smart enough not to let the pressure of filling the shoes of a legend get to him. As a youngster, former England captain Douglas Jardine was taught a valuable lesson by his grandfather: “You can never bowl a batsman out, you have to think him out”’. This methodology has been Rangi’s mantra for success. There’s no mystery about his orthodox slow left arm spin; just a lot of planning, thinking, re-planning and further thinking, all in between the few steps he jogs and pivots before he releases the ball. Modern day batsmen are unafraid to counterattack, and as a bowler you need to be constantly on your game, trying to outwit a batsman at every turn. If you don’t have the mental strength and patience, it’s a hard battle to win.

Rangi doesn’t drop hand grenades like Saeed Ajmal or Sunil Narine, but the way he outsmarts the batsman into making mistakes, they would probably wish he was bowling grenades at them. Rangi version 2.0 has been the saviour of Sri Lankan cricket; since his return to international cricket, his contributions have perhaps been even more valuable than those of legends Sanga and Mahela. Most of Sri Lanka’s wins post-Murali have been on the back of outstanding contributions from Rangi.

Rangi has had the fifth lowest ODI economy rate in the last five years for anyone with over 50 wickets. He’s behind Hafees, Narine, and Ajmal, all of whom had their bowling actions questioned and banned. Source: Statsguru/ESPN Cricinfo

In the last five years, Rangi has also been Sri Lanka’s quintessential big game player. Like Aravinda and Jayasuriya did in the ‘90s and early 2000s, whenever we were in a pinch, facing elimination in the knockout stage of a tournament, Rangi has been the one to step up. His 5 for 3 against New Zealand in what essentially was a quarter-final is probably the greatest spell ever in a T20 International. Rangi single-handedly managed to negate our batsmen’s mediocre collapse to 119 and bring forth the kick-start the team needed, that ultimately led them to win their first T20 World Cup. He was there when we needed to beat Pakistan in the 2012 T20 semi-final and even spun Australia into a web in the CB series final in Adelaide.

Outside of cricket, Rangi has kept out of the limelight. He is probably the only international test cricketer who holds a full-time job. Presently he is employed at Sampath Bank, but not in the way Jayasuriya was a director of Union Bank or how employing famous personalities bring a certain goodwill value to a business; for all intents and purposes, Rangana Herath is a permanent bank employee. Despite all his achievements in the cricketing field, he looks more the banker than the feared bowler he’s known to be. It is well known that when he gets the Sri Lankan match schedule, one of the first things he does is ask his manager for leave. He doesn’t have the same advertising billboards that Mahela, Sanga and Angelo have, nor does he have additional revenue streams from glorified T20 competitions or other business ventures. At a time where pulling off attention-seeking gimmicks has become a norm, Rangi’s feet are firmly grounded. He doesn’t go out seeking glory for all he has achieved, he just quietly goes about his business of bamboozling batsmen. Maybe that’s why he’s been a revelation ‒ with nothing distracting him off the field, he can keep concentrating on what he does best.

In spite of an ability to work wonders on the field, Rangi has, for the most part, stayed out of the limelight while off the field. Image credit: News First

Unfortunately, Rangi didn’t get the dream home series farewell to his limited overs career that he deserved. In true Herath-esque understated fashion, he quietly stepped down after a disastrous T20I World Cup campaign. The streets of Colombo aren’t littered with banners and cut outs thanking him or wishing him well. There aren’t thousands of social media posts going viral like it did for Sanga and Mahela. Even ESPN Cricinfo only ran a couple of articles after the announcement. But there is no denying the valuable service he has rendered Sri Lanka cricket. As a cricket-loving populace, we have been extremely privileged to witness Murali and Rangi weave their magic in succession. While he may have hung up his coloured uniform, we are still fortunate that he’ll be part of the test team for the foreseeable future. And with a heavy test schedule against England, Australia and South Africa on its way, we can expect to be immersed into the wizardry that is Rangana Herath, Sri Lankan Cricket’s true unsung hero.