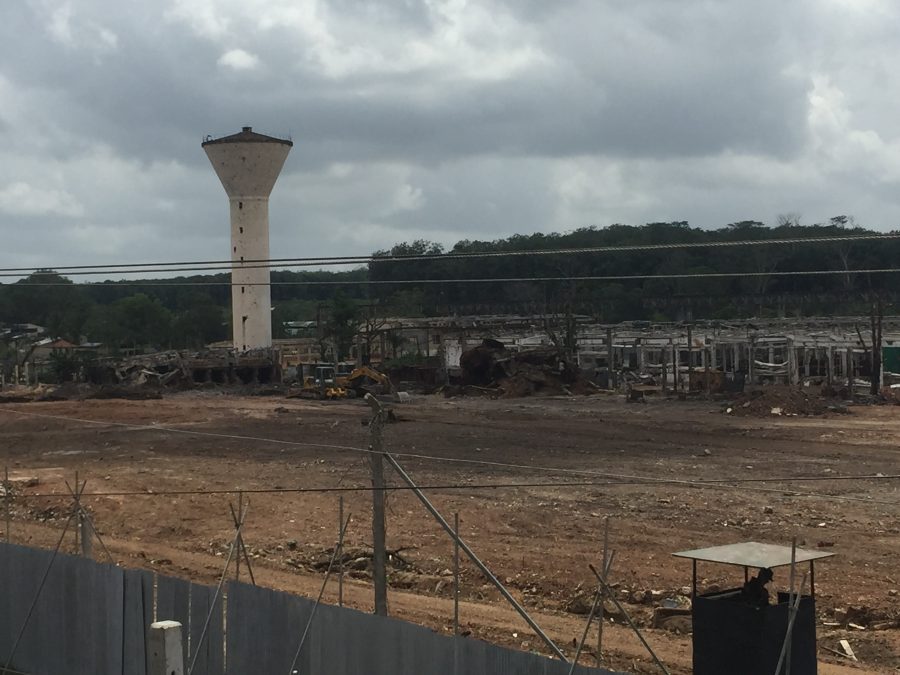 Over a hundred days have passed since the devastating fire at the Salawa Army Camp, which destroyed half the village and also caused damage to the Kosgama town. Although the extent of the damage was met with a great deal of state and public concern at the time, the incident now appears to have faded from most memories, with the concerns of Salawa’s residents falling on the deaf ears of authorities. What’s as startling is the fact that even nearly four months down the line, a definite conclusion as to how the fire started has yet to be established by the authorities.

A house and vehicle destroyed during the fire. Photo was taken on June 17, nearly two weeks after the incident. Image credit: writer.

Military Spokesperson Brigadier Roshan Seneviratne told Roar that the military forces are still waiting on several inquiry reports that are being carried out into the matter, which also includes the Government Analyst’s report. The Government Analyst’s Department, which visited the Salawa Army Camp in the aftermath of the blaze, is heading the initial inquiry into the cause of the fire, which resulted in a series of explosions that caused extensive damage to not just the camp, but a number of nearby residences, too.

Brigadier Seneviratne also noted that the loss incurred by the Government from the incident, and the financial loss to the military, are also pending evaluation.

At the time of publication, all attempts at contacting the Government Analyst’s Department for a comment were unsuccessful.

Earlier this month, parliamentary approval was sought for a sum of over Rs. 150 million to meet the expenditure of construction, rehabilitation, and improvement of houses damaged in the Salawa incident.

The Government Valuation Department has so far conducted three damage evaluations, which includes damaged property (homes and items that were inside) and damage to agricultural property such as crops. However, the villagers continue to lament that they have not received the full amount of the promised compensation.

Apart from the compensation from the damage evaluation, the Government ordered the Ministry of Disaster Management to pay Rs. 50,000 as aid to those affected by the fire. This amount was to be paid in three installments, of which two have already been paid to the residents of Salawa. The third, according to residents, is overdue.

S. L. Jayasena, a senior citizen of Salawa, is among those affected by the fire. His ancestral home was severely damaged in the fire and the falling debris. The rubble was then cleared away by the military to make way for reconstruction of the house.

“We are among the few families that have started rebuilding our homes with the compensation given by the government. But we can’t finish the work because we quickly ran out of funds. The third installment of the Rs 50,000 that was promised, and the remaining half of the compensation for property damage, are yet to be received. The people who came to do the item and property damage evaluation never returned,” he says.

Jayasena looks at where his now demolished house used to stand, where construction is now taking place with private funding. Image credit: writer.

If Not Now, Then When?

Earlier this month Ceylon Today reported that there has been a miscommunication between the Government and several Government institutions with regard to the compensation mechanism.

According to the article, which quotes citizens of Salawa, the Ministry of Finance has allocated sufficient funds for those affected by the victims. The funds have been provided to the Government Agent’s Office in Narahenpita. However, whenever residents attempt to complain about overdue compensation to the District Secretariat, they have always received the same answer: “We have not received the allocated funds from the Ministry.”

As of now, these matters have not been addressed adequately by the Government, prompting a number of concerns. For instance, if the people are not receiving the money that was supposed to have been allocated for them, then what has become of these allocations?

Going by reports, it appears that over Rs. 200 million has been allocated for victim compensation by the Treasury and Ministry of Finance. However, the victims have not yet received even a quarter of that allocated amount.

A roof destroyed by fire and falling debris from the series of explosions that occurred. Image credit: writer.

Discrepancies abound; and all the while, it seems that no authority is able to confirm how this disaster took place, prompting speculation as to how we are going to avoid incidents such as this in the future, if we don’t know how it happened in the first place.

Although we cannot claim outright that the Government has completely forgotten the Salawa incident, their actions (or lack thereof) do paint a picture of negligence and unconcern. Authorities’ silence on the matter is deeply unsettling ‒ not just for the people of Salawa, but for the country as a whole.