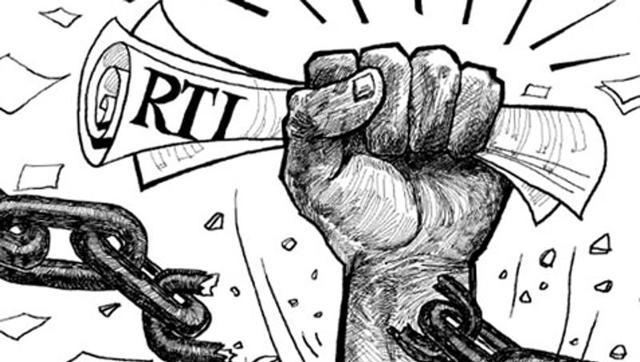 Right to Information (RTI) has been in the news off and on since the change in government last January. With the myriad changes in governance expected following the advent of the  “Yahapalana” administration – its many disappointing and not-so-yahapalana decisions notwithstanding – the freedom to obtain [almost] any information from the state apparatus, it seems, after decades of waiting, is finally around the corner. Roar decided to take a look at what this could mean for the average Sri Lankan citizen.

According to Verité Research, which was instrumental in commenting on drafts and influencing discourse on the RTI, the RTI proposes to give individuals and organisations the right to request information held by public authorities.

What is Considered Information?

Information can be anything from tender details, budget information, staff bios, emails, to drawings that are in the possession of the relevant public authority.

How is This Information Obtained?

Information is requested from an Information Officer stationed at every public authority. Refusals are only permitted on certain identified grounds, which can be overridden in the event there is an overwhelming public interest in the disclosure.

What If My Request is Denied?

The individual (or organisation) has the right to appeal to an Information Commission consisting of eminent persons including lawyers, members of the media community, et al. Failing which, they may seek the intervention of the Court of Appeal.

Surely There Are Exceptions To What Information I Can Get?

Goes without saying. No self-respecting government wants all its secrets out in the open, including, but not limited to, information relating to matters of national security. According to Verité, Under the RTI legislation, incorporating grounds for information denial should pass a two-part test:

Even if a denial meets both of these requirements, the principle of ‘limited exceptions’ warrants that the request should be granted if there is an overriding public interest in disclosure.

Problems In The Draft

Research Director and Head of Law at Verité Research and RTI expert, Gehan Gunatilleke,  told Roar that a previous draft of the Bill had a rather problematic provision that had deemed that a request for information could be denied if it ‘harmed the commercial interest of any person’. Which was vague, at best, and would’ve made obtaining information relating to sketchy tender deals prohibitively difficult.

Thankfully, however, this has changed over the course of the year, with what Gehan called some “useful improvements.”

‘Information, including commercial confidence, trade secrets or intellectual property, protected under the Intellectual Property Act, No. 36 of 2003, the disclosure of which would harm the competitive position of a third party, unless the public authority is satisfied that larger public interest warrants the disclosure of such information.’

“This formulation is very similar to the Indian Act. Verité Research and other organisations, including the Ceylon Chamber of Commerce, specifically advocated for this change. Also, the public authorities are now required to submit ‘annual reports’ to the RTI Commission, providing details on how RTI requests were processed,” said Gehan.

A Bit of History

Archaic laws, such as the Official Secrets Act of 1955, the Sri Lanka Press Council of 1978, and the Establishments Code of 1971, have, for decades, made it prohibitively difficult to build a society of trust and openness in Sri Lanka.

While India, Pakistan and other nations in the region has made enviable progress in this regard, Sri Lanka’s attempts to bring about true freedom of information was limited to sporadic attempts to draft and table a Right to Information (RTI) Bill, starting in the mid 1990s. Sadly, the lack of political will meant that all these attempts were stillborn.

Fortunately, however, this new draft has made the topic of RTI relevant again, and activists like Gehan are hopeful that some real progress is finally on the cards.

When Is It Likely To Be Passed?

According to Gehan the Bill was gazetted on 18 December 2015. “It has not been placed on the Order Paper of Parliament to my knowledge. I think the Bill is likely to be debated in Parliament before June 2016,” said Gehan.

Has There Been A Notable Increase In Public Discourse And Enthusiasm?

The public demand for RTI is lacklustre, at best. Though it is beginning to look like the Act will definitely be passed in Parliament, a bit more enthusiasm from voters can’t hurt.

“There is still much work to be done in generating awareness and interest in RTI. People need to understand that RTI is not an ‘abstract’ right but a right that can make a meaningful difference in the day to day lives of citizens – as it has done so in India,” said Gehan.

Can A Future Government Repeal the RTI Act?

Remember 2004? The UNP sure does. What might an unexpected change in government mean for this all-too-important law?

“Once it is enacted, I doubt a future government will repeal the Act. But it is possible that the Act would fall into disuse if no procedures are established to enable its use, particularly if there is no interest generated during the next few years.

“The proper implementation of an RTI Act is entirely dependent on sound procedures being put in place. For example, without the appointment of Information Officers, the responsibility to provide information falls on the head of a public authority. Such a system will be infeasible. So, Information Officers must be appointed for each public authority expeditiously. These officers will then need to be trained on receiving information requests and incentivised to efficiently dispose of these requests,” explained Gehan.

It’s clear that public awareness of the Right to Information is crucial to ensure that it becomes a reality. RTI is fundamentally about the day-to-day life of the average citizen. It’s easy to forget this when you get bogged down in such high flown ideals as freedom of the press, etc., but really, when it comes down to it, RTI is about obtaining information that’s relevant to your everyday needs and interests.

Even at the provincial or village level, it is RTI that will give you the right to find out who is responsible for changing street lamps, or who is in charge of school admission. As citizens, it is our duty to ensure the importance of this Act is communicated to the grassroots. For only then can we hope to build that elusive open and democratic society we strive for.