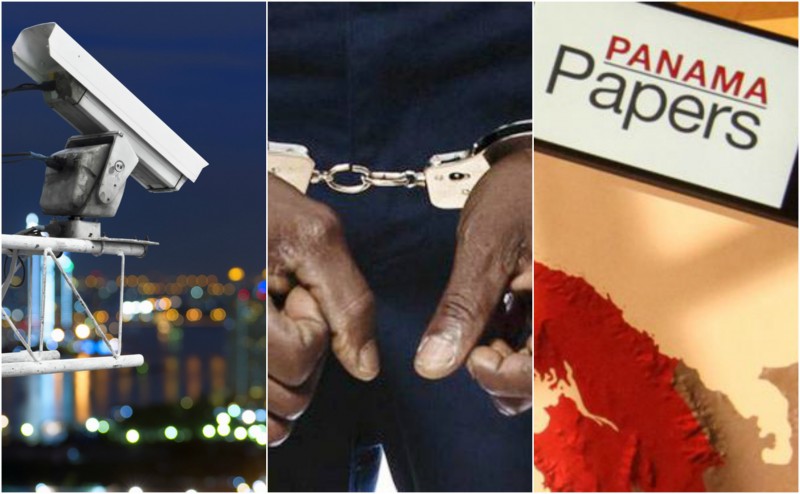 The Panama Papers are all over the news this week ‒ including in Sri Lanka. In other local news, a huge stash of heroin has been taken into custody, and there have been new revelations regarding the alleged kidney racket. Here’s the week in news:

Around 1,200 Indians have ‘donated’ kidneys in Sri Lanka in the last three years, according to the defence counsel representing the Indian nationals who were recently arrested for visa law violations.

Defence Counsel Lakshan Dias said on Monday (April 4) that six out of eight Indians in custody have donated their kidneys legally.

He also informed court that the surgeries were carried out in Sri Lankan hospitals after obtaining permission from the Director General of Health Services.

According to the Defence Counsel, the transactions were legal and the only crime these particular Indians were guilty of is violating Immigration and Emigration laws. The surgeries had been carried out in the years 2012 to 2015, but the Indians in question have been in the country for at least one and a half years or more, the lawyer acknowledged.

Colombo Chief Magistrate Gihan Pilapitiya fixed the next hearing for April 18, and ordered the arrested Indian nationals be detained at the Mirihana detention camp.

Meanwhile the OIC of the Colombo Crimes Division, Neville Silva, told the media that extensive investigations are being conducted to find the middlemen involved in the racket.

Lakshman Seneviratne was sworn in as a State Minister, while Manusha Nanayakkara and Palitha Thewarapperuma took oaths as Deputy Ministers before President Maithripala Sirisena on Wednesday (April 6).

UPFA MP Lakshman Seneviratne was sworn in as the State Minister for Science, Technology and Research.

In a joint operation, the Sri Lanka Navy and Police confiscated over 100kg of heroin worth Rs. 1 billion, from an incoming vessel intercepted off the Southern coast.

The raid was conducted based on information obtained via a top secret investigation carried out by the Police Narcotics Bureau (PNB) last week.

According to reports, Police have arrested a total of 14 people, mostly foreigners, in connection to the drug trafficking. Investigations have revealed that this large-scale narcotics racket has been carried out by Pakistani, Afghan and Sri Lankan nationals.

Toughening Up Against ISIS

Security Forces have been put on high alert to monitor and screen individuals arriving from countries with a high ISIS presence, in order to avoid a security breach within the country.

Law and Order and Southern Development Minister Sagala Ratnayake informed Parliament on Tuesday (5) that foreign individuals arriving in Sri Lanka from countries where IS terrorists are active would be screened at the Bandaranaike International Airport.

A document tabled by the Minister said that the Government will take action to block social media and other websites promoting ISIS ideology. The report read that stern action would be taken against those who propagate extremist Islamist ideologies in the country.

Nearly three years after the incident, compensation of Rs. 4.68 million rupees has been approved for 33 victims of the Rathupaswala incident.

A committee headed by the District Secretary of Gampaha had been appointed to determine the compensation process.

Violence erupted during a protest by residents of Rathupaswala on August 01, 2013 as security forces and protesters clashed in Weliweriya, resulting in the death of three persons and leaving over 30 injured.

Traffic Violations To Be Monitored Through CCTV

The Police will now constantly monitor CCTV footage for traffic violations in the Colombo city.

According to media reports, which quoted Police Spokesperson ASP Ruwan Gunasekara, motorists would be informed of the fines or court dates through post.

The first phase will only be implemented in Colombo, where the Police will particularly monitor lane law violations.

CCTV cameras installed at major junctions and roads, as well as mobile CCTV cameras, would be used to gather evidence of any traffic violations.

Three Sri Lankan companies are believed to have been implicated in the leaked Panama Papers. Image credit bbc.com

The documents, which were leaked on Sunday (03), show how wealthy individuals, including public officials, hide their money from public scrutiny.

Three Sri Lankan companies and 22 of their shareholders were included in a massive exposure of money laundering by the rich and infamous, including names linked to Russian President Vladimir Putin.

Anti Corruption Fund, Voice Against Corruption as well as the Campaign for Free and Fair Election (CaFFE) are conducting independent investigations into the matter. Several Sri Lankan politicians have also commented on the matter, and have made speculations as to who were exposed in the papers.

Meanwhile President Putin has denied “any element of corruption” over the Panama Papers leaks, saying his opponents are trying to destabilise Russia.

India: IPL Maharashtra Matches ‘Should Be Shifted Because Of Drought’

A court in India has recommended the shifting of Indian Premier League games from the western state of Maharashtra to save water, as parts of the state are suffering from severe drought. Judges of the Bombay High Court have noted that a lot of water was required to prepare the pitches for the tournament.

Some 20 IPL Twenty20 games are scheduled in the cities of Mumbai, Pune and Nagpur in April and May.

Pune and Nagpur are located in a region which has suffered two consecutive droughts.

The IPL is the richest of the world’s Twenty20 cricket leagues.

Top Indian and international players take part in the tournament each spring, and eight teams will participate in this year’s tournament, scheduled to begin in Mumbai, Maharashtra’s capital, on Saturday.