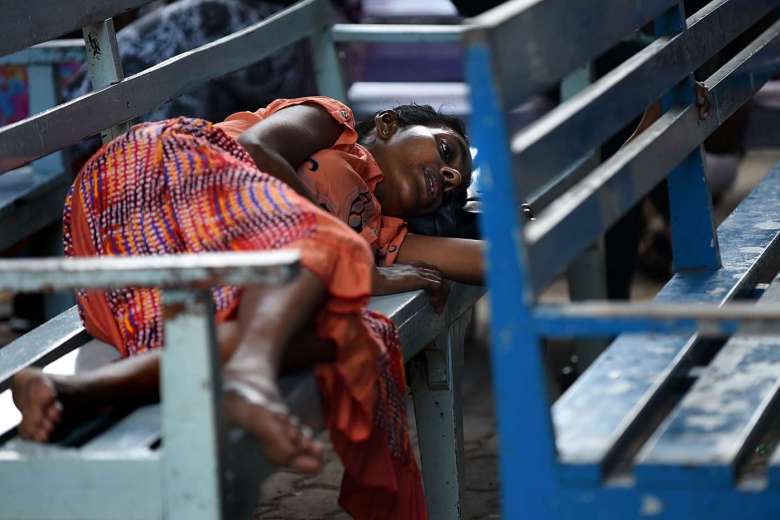 Roar brings you the highlights of this week’s local and international news.

Medical officers around the country (excluding those serving in the flood affected areas of Colombo, Kegalle, and Gampaha) engaged in a token strike on Tuesday (May 31) for four hours, protesting the post intern list prepared by the Health Ministry.

The walk out strike was carried out amid allegations that the post intern vacancy list had been unilaterally altered by the Director of Medical Services due to political interference.

The list was originally prepared by the Health Ministry, in consensus with the heads of institutions and the GMOA.

Minister of Health, Rajitha Senaratne, who refused the proposals put forward by the GMOA on Monday (30), finally approved the amended list for post-internship appointments after discussions with the GMOA.

Following the amendments on Thursday (2), the GMOA warned that the Minister and his son, Chathura Senaratne, would have to be held responsible if any harm befell the members of the GMOA.

GMOA Secretary, Dr. Nalinda Herath, also said that a decision had been taken to instigate legal action against Chathura Senaratne for the “malicious” remarks allegedly made by him regarding the association and its members during a media gathering on Wednesday (1).

Chairman of the Lanka Private Bus Owners’ Association (LPBOA), Gemunu Wijeratne, announced on Wednesday, that an additional fee will be charged for tickets issued on buses travelling within the Western and Central Provinces.

The increment will come to effect from July 1. The LPBOA argued that due to the excess fuel that is burned as a result of delays in heavy traffic congestions, this additional fee will need to be included in the ticket price.

Wijeratne said that such a decision would have to be taken if the Government did not take action to reduce the number of private vehicles on the road. He also said that the LPBOA has already informed the President, Prime Minister, and the Ministry of Transport about this measure.

The LPBOA Chairman also warned that if the Government were to oppose this measure, they will resort to a country-wide bus strike.

JVP Propaganda Secretary and Gampaha District MP, Vijitha Herath, this week pleaded guilty to drunk driving charges after Court heard submission in the case against him relating to an accident on May 30 at Welikada, Rajagiriya.

Herath was released earlier on police bail, but was in Court on Wednesday (1) for the hearing. After pleading guilty to the charges of damaging public property and reckless driving, the MP was ordered by the Additional Magistrate to pay Rs. 1,500 for damage to state property.

Welikada Police said in its report to Court that they arrested the MP on May 30, after the vehicle he had been driving slammed into a telecom post in Rajagiriya.

The Police filed three charges at the Colombo Magistrate’s Court against the JVP MP. The charges filed were reckless driving, damaging public property, and drunk driving.

Former Embilipitiya ASP, D.W.C. Dharmarathna, who was remanded in connection with the alleged murder of Sumith Prasanna Jayawardena, was granted bail on Thursday (2).

The ASP was arrested on suspicion over the death of Jayawardena, a father of one, who died following a clash involving police officers and villagers during a house party in January this year.

Twelve cops who were on duty when the clash erupted were also given charge sheets by the National Police Commission.

The Government issued a circular on Wednesday, ending the restrictive practice of preventing the issuance of passports to Sri Lankan citizens residing abroad, who were compelled to leave Sri Lanka due to political persecution.

Issuing a statement, the Foreign Ministry said that the previous government issued instruction to all Sri Lankan Missions abroad in March 2011, to refrain from issuing passports to those who had sought asylum due to political persecution.

The statement said that the Government has renewed its commitment to upholding citizens’ rights and the rule of law.

“Freedom of movement and impartial treatment of our citizens, irrespective of their political beliefs, will be secured for all our citizens. Furthermore, as a result of the good governance and reconciliation efforts of the current government, many Sri Lankans living abroad have expressed an interest in visiting and investing in Sri Lanka. Ending this restrictive practice will further enable our citizens overseas to visit and return to Sri Lanka and thereby contribute to the country’s development and reconciliation process,” the statement said.

A sudden fire broke out during the opening ceremony of the Shangri-La Holiday Resort and Spa in Hambantota on Wednesday. President Maithripala Sirisena was in attendance at the time.

The fire broke out during a fireworks display at the launch ceremony, damaging a pavilion in the hotel’s garden. A fire truck which accompanied the President’s motorcade was used to douse the flames, while the guests were taken to safety.

Hong Kong-based Shangri-La Hotels and Resorts, one of the major hotel chains to enter the island after the civil war, has invested USD 120 million in the 145-acre, 300-room beachfront resort.

The resort is home to an 18-hole golf course, an expansive spa, and an artisan village that celebrates local arts and craft, according to the hotel’s website.

The chain has separately invested USD 400 million in a mixed complex in Colombo, scheduled to open in 2017.

Donald Trump may find a critic in many parts of the world, but apparently North Korea seems to be in favour of the controversial US presidential candidate. Image credit: ericasammons.com

North Korean state media has praised US Republican presidential candidate Donald Trump, describing him as a “wise politician” and a “far-sighted candidate” who could help unify the Korean peninsula.

Analysts said that although the editorial was not officially from Pyongyang, it would reflect thinking from within the regime.

Spain: Lionel Messi To Give Evidence On Tax Fraud

Lionel Messi appeared in a Spanish court in Barcelona to defend himself against tax fraud charges, which, if he is found guilty of, could see the football star jailed for nearly two years.

The Barcelona and Argentina striker appeared in court along with his father, Jorge Horacio Messi (who manages Messi’s finances), on Thursday, at a trial where he is accused of defrauding Spain’s tax authority of $4.5 million between 2007-09.

The pair made a voluntary €5 million “corrective payment” in August 2013.

Messi was also being investigated by Spanish tax authorities after his name was among those released in the Panama Papers probe, although he was not charged for those allegations.

Both deny wrongdoing, and are not likely to face any jail time, but could be fined and made to forfeit possible future tax benefits. Due to the trial, the Barcelona player has missed part of Argentina’s preparations for the Copa America, which starts today in the US.